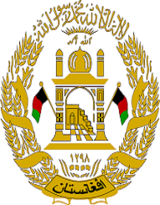 Pakistan and Afghanistan have a shared historical and religious background. Both countries have called themselves as an Islamic republic and both are the members of the SARRC ( South Asian Association for Regional Cooperation. The relationships between both countries have passed through ups and downs. After the partition and independence of Pakistan, Afghanistan voted against Pakistan to be part of the UN. Afghanistan immediately called most parts of Afghanistan like the current province of Khyber Pakhtunkhwa as its own. It was one of the main hurdles in the way of stable diplomatic relations.

According to the authority of Afghanistan, the following Visas are offered to people visiting Afghanistan:

This visa is only issued to those who hold a Diplomatic Passport.

This is issued to those who enter Afghanistan for doing any official assignment for diplomatic missions for countries or international Organizations. These people can also be members of the Foreign office of a country.

The name of this Visa suggests that it is issued to those people who have a purpose of business, investment, Marketing, commercial purpose, selling or buying property, commercial events, or other events related to business. This Visa can be valid for 1 year. Some times, a visa of three years can also be issued.

It is furnished to people who are employees, doctors, teachers, experts, engineers, pilots, government and non-government organizations, and other professionals.

It is issued to people who want to visit Afghanistan individually or in a group for exploration, tourism, historical sites or to meet their relatives. This Visa is for 90 days and the period of stay can only be for thirty days. The Visa can be extended after the consent of the tourist department.

Student Visa is issued to students who intend to study in Afghanistan and conduct research within the Afghan education institute.

It was stated by the former Foreign Minister of Pakistan that some serious efforts were made at the government level for Pak-Afghan Confederation. It was said that these initiatives were taken in the reign of Daud Khan who was considered as Anti-Pakistan. Former Ambassador of Pakistan to Afghanistan also said that the plane was about to be implemented but failed due to the assassination of Daud Khan.

In 2015, the Inter-Services Agency (ISI) and the National Directorate of Security (NDU)  signed an agreement. Both agencies agreed on it to share intelligence information and fight together against the ongoing terrorism. In the same year, the Pak army launched an operation that saved an Afghan soldier wounded after fighting against terrorists on the border. There have been moments when an Afghan soldier is found injured on the border and is taken to Pakistan for treatment.

In 2010, both countries signed a memorandum of the Afghanistan-Pak Transit Trade Agreement (APTTA). Along with this, both countries signed a memorandum to construct a railway track that will be connected to the Pakistan Railway. It allows Afghan trucks to drive inside Pakistan through Wagah Border, Karachi and Gawadar. NATO has also remained active to construct Silk Road. It will connect South Aisa to Central Asia. It will help the local economy of both countries to grow rapidly but the development has been delayed due to NATO attack in Pakistan.