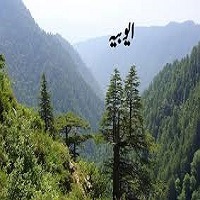 Ayubia is a famous picnic spot in district Abbottabad, Khyber Pakhtunkhwa, Pakistan. It is surrounded by the beautiful towns of Nathiagali, Thandiani and Khanspur. Ayubia National Park was established in 1984 and was expanded then in 1998. It is handled by the Department of Wildlife and Parks, Khyber Pakhtunkhwa.

It has a distance of 40 kilometres from Abbottabad through the roads of Nathia Gali and Murree. There are many picnic spots, hiking places and riding trails in the region. The tourists love to see the forested mountains view through a chairlift in the centre of the region. It contains four significant towns and seven villages.

It is named after President Ayub Khan. The region contains mixed temperate forest and lies with an average elevation of 2400 meters (8000 feet) above the sea level, making it different from other exciting places of Pakistan. This article has every detail about the city, including Ayubia History. 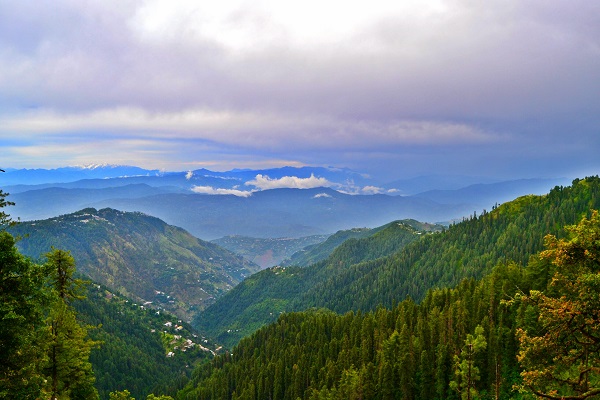 The park has made as a resort complex by combining four minor resorts of Changla Gali, Ghora Dhaka, Khaira Gali and Khanspur. According to 1998 census of Pakistan, the region had a population of 18097 inhabitants among which 2311 were the households.

The Parks is administered by the Government of Khyber Pakhtunkhwa, under Wildlife Act of 1975 and is handled by the Department of Wildlife. 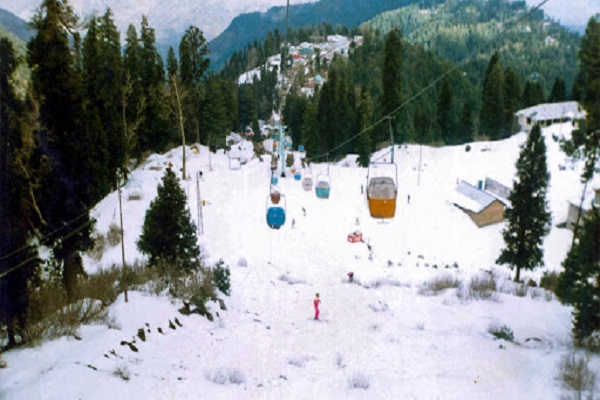 The Park of Ayubia is famous for its wildlife including leopards and Black Bear. The region is also home of other different mammals and birds. The park has 104 plant species among which Cedrus Deodara is the main one, yew, oak, silver fir, and Blue pine are the main species.

A large number of local tourist visits the park to view its natural scenes and wildlife. Some of the mammals living in Park are given below.

The Chair Lift was built in the project of five hundred million rupees by a foreign company.  The chair lift scene is astonishing as it shows a beautiful view of the forests and greenery. 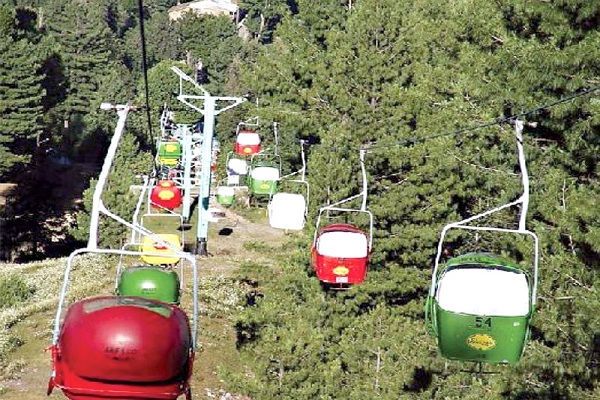 The hotel of PTDC Motel is one of the famous hotels having comfortable rest places and rooms. Pakistan Tourism Development Corporation built the hotel and is named after it as PTDC Motel.

The weather of the region varies from season to season. The season is harsh, and there is severe cold in winter. The temperature ranges from minus 3 to minus 11. The rainfall continues in winter till the start of snowfall.

The summer season is a good one, and the temperature varies from 3 to 4 degrees centigrade. The people often visit the region in the months from May to September.

Darwaza is a beautiful village of Palak union council of District Abbottabad, Khyber Pakhtunkhwa. The district contains a population of five thousand inhabitants.

It is a small town of Darawaza (village) situated 2 kilometres away from Kauza Gali. Chamb is linked through Khaira Gali road to main Ayubia. The main places of Chamb are Purana Chamb, Lower Chamb, Upper Chamb, Kohri and Bhutti. Though there is no school in Chamb, the area is considered the literate area of the village.

The association of Chamb’s people is mostly with the hotel industry. There are two main clans of Chumb, including Terwals and Totyals. Eighty per cent of the population of the village contains the clan of Totyals.

The village of Ander Kote is situated near Riyali having a population of one thousand inhabitants. Hajyals, Ander Kote and Nayyals, are the main clans of the village. The village has a boy’s primary school.

It is a mohalla with the majority of the Sunni population, near Jandala. Bagla is situated on Darwaza road near to Madrassah Wali Dukhtaran -e- Islam Academy, Panyali. 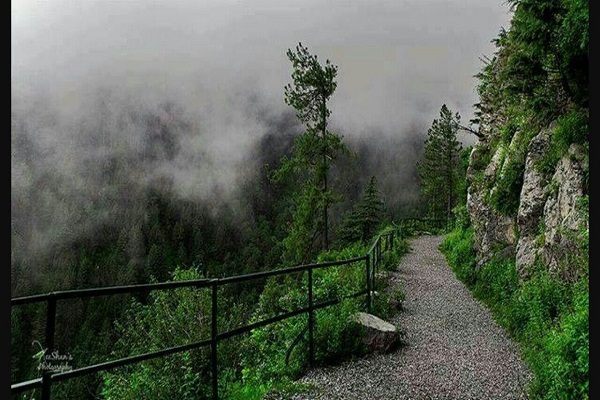 Bantan is the capital of Darwaza and considered to be the central hub. The village contains fewer than one thousand inhabitants, but it is widely known for sectarianism and political fighting and tussles.

Being a place of tourism and attraction, thousands of people worldwide and locals visit the place to see the region’s natural views and wildlife. There are many tourist sites which guide the people about Ayubia.