By maryumtanweerMay 19, 2017No Comments6 Mins Read 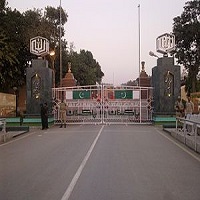 Wagah Border is a union council and village (UC-181) in Lahore’s Wahgah Zone. The town is well-known for border ceremonies, and it also acts as a products transit port and a railway station connecting Pakistan & India. The flag-hoisting & lowering ceremonies at the India-Pakistan border, which dates back to 1959, is organized every morning & evening.

Hundreds of children, women, and men witness this event and chant patriotic slogans. This article has all the information about the border, including Wagah Border History. 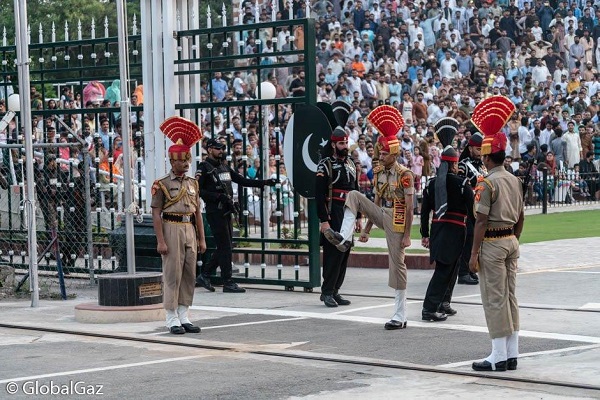 Wagah Border is located six hundred meters (two-thousand feet) border’s West and on the old Grand Trunk Road that connects Lahore with Amritsar in India. The border is around twenty-four kilometers (fifteen miles) from Lahore and around thirty-two kilometers (twenty miles) from Amritsar. The ceremony is arranged every evening.

The length of Wagah rail station is four hundred meters (1,300 feet) to the south and hundred meters (330 feet) from the border. Many Muslim migrants have also entered India (Hindustan) via this path.

Every day, 2-hours prior to sunset, the ‘Wagah-Attari border’ celebration takes place at the border gate. The Indian Border Security Force (BSF) and Pakistan Rangers conduct flag ceremony, which is similar to retreat rituals at the Hussainiwala border crossing/Ganda Singh Wala and Sadqi/Mahavir Intl Parade Field border crossing. Along with this flag ceremony, a marching event called the ‘Silly Walk ceremony’ is held every evening.

The ceremony began in 1986 as a peace pact, even though there was no battle at the time. In recent years, other Middle Eastern countries have adopted similar ceremonies.

On 2nd Nov 2014, a suicide bomber detonated a device near the Wagah border in Pakistan during the border ceremony. Three opposing militant groups claimed responsibility for the incident. On 9th Jan 2015, at midnight, the FIA squad headed by the special agents allegedly hunted and assassinated the mastermind of this incident in the police encounter in Lahore. Officials from the Pakistani authorities confirmed the accuracy of the reports.

Because the ceremony at the Border is possibly the best tourist site in Lahore, one can easily hire a cab to go there at a fare of rupees 2000-2500. Rates will undoubtedly vary depending on the location of the tourist. A number of travel companies also provide guided visits to the border.

Aside from that, you can go in your own vehicle or take a vehicle on rent for the tour. There is a parking lot outside Bab-e-Azadi, the main entrance to the parade area.  The seating place is a short distance from the drop-off location. 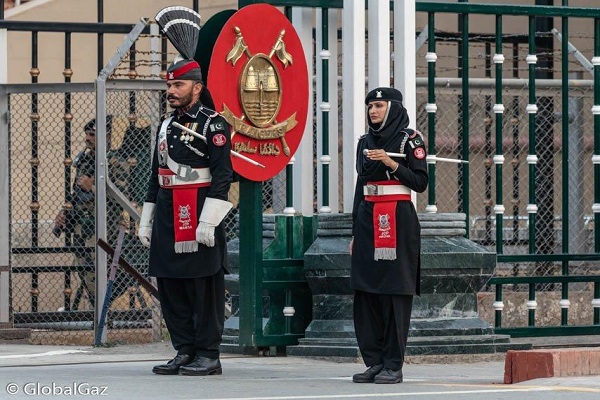 Pakistan Railways has resumed operational activities of the Lahore-Wahga shuttle train after a 22-year long gap. The Rail Car shuttle provides hassle-free transportation for visitors and tourists who want to watch the patriotic celebration at Border. This shuttle is set to make 3-daily round trips to the Wagah Border, stopping at Jallo Park, Harbanspura, and Moghalpura stations.

Three passenger coaches have been rebuilt for this purpose by Pakistan Railways. It can handle up to 181 passengers at a time.

One of the most appealing aspects of the parade in Lahore is that it is completely free. There are no entry charges to watch the flag-lowering process and participate in the celebration. To enter the premises, visitors need their National Identity Card or similar kind of identification. At the same time, foreigners are required to bring their passports. However, in order to get the best seats, one must arrive early.

The gates are opened at 9:00 am and closed at 5:00 pm for those crossing Border from Pakistan to India or vice versa. For crossing the border from this site, one must display his/her visa-stamped passport and all other travel papers. Meanwhile, the schedule of the Border ceremony varies depending on the season because it is conducted before sunset daily.

The seating spaces at Border are divided as: 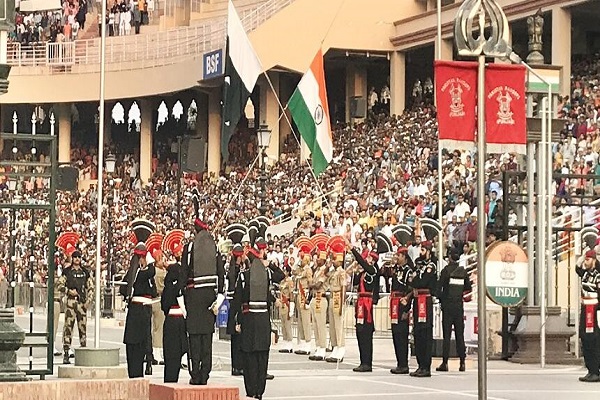 Tourists can take a trip around border premises in addition to seeing the popular parade by the Pakistani Army and snapping selfies in front of the gate that separates India from Pakistan. Walking along white ropes denoting the zero-line, one could see Indian folks standing just a few feet away on their side.

The lovely, maintained garden next to the seating zone famous as Quaid-e-Azam Park has a wall displaying the names, accomplishments, and photographs of all martyrs who received Nishan-e-Haider. It is Pakistan’s highest army gallantry laurel, and in the Urdu language, the award translates to ’Emblem of Lion.’

The beautiful Azadi Museum, established by the Pakistan Army, is one of the most popular attractions at the Border. The museum, which attracts a huge number of people every day before the parade, was opened in 2017 by the former Pakistani Rangers Punjab DG Major Gen Umer Farooq Burki.

The Azadi Museum, located near Bab-e-Azadi, not only displays photographs depicting Pakistani history but also enables tourists to know more about our country’s history via its media library. 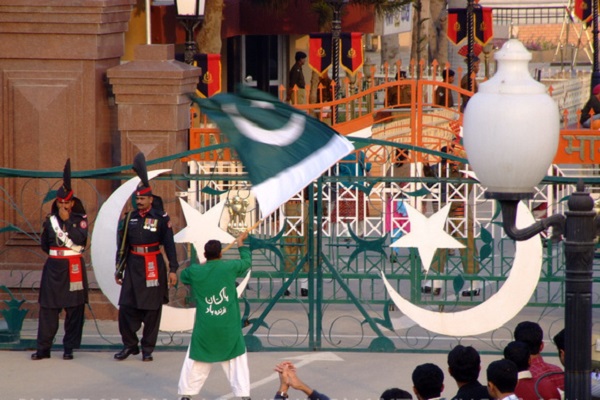