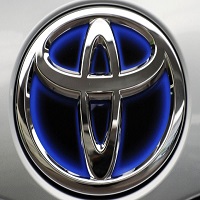 The Toyota Corolla is a compact and subcompact car manufactured and produced by the Toyota Company. Toyota is a Japanese multinational vehicle manufacturer, and its headquarters is in Japan. The founder of Toyota was Kiichiro Toyoda in 1937. Now, the company is producing more than 10 million cars each year. It has branches in many countries including Toyota Corolla Pakistan and Toyota Corolla India.

Toyota launched the Toyota Corolla in 1966, and by 1974, it became the top-selling car worldwide. The car came in competition with the Volkswagen Beetle and crossed it in 1997.

Furthermore, the best-selling nameplate was given to the Toyota Corolla. During the company’s twelve generations of the Corolla model, Toyota surpassed the milestone of selling over 50 million Corollas in 2021. 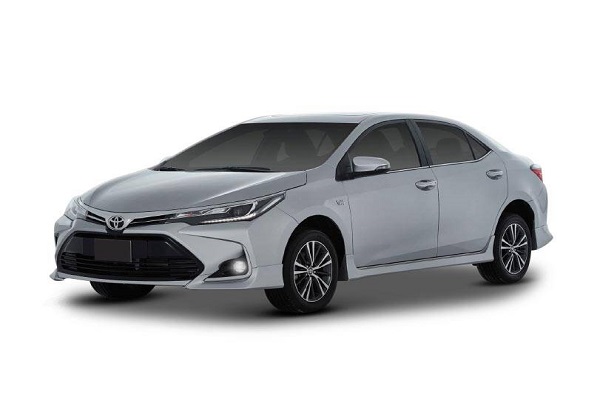 The name “Corolla” was derived from the word “Crown” for Toyota’s Sedans. Toyota has set a tradition of deriving names from their previous or current lines of cars. Moreover, the company was manufactured in Japan along with another version of its models called the Toyota Sprinter until 2000.

Together they were known as the Toyota Auris, categorized as hatchback companions. Apart from that, it was a subcompact car from the start of its introduction till 1991, and since 1991 its class was shifted to the category of a compact car.

It comprises a total of 12 generations and each generation introduced many new and unique models with worth appreciating features.

The E10 model was the first generation of Toyota Corolla introduced in 1966. The model of the car had an engine capacity of 1100 cc at that time. There were three car layouts: a front-engine, rear-wheel drive, front-wheel drive, and four-wheel drive.

The name of the vehicle was Toyota Sprinter, and it served the purpose of a fastback version in 1968. The production of the Toyota Sprinter ended in 2000, and the Toyota Allex and Toyota Voltz took their place as their successors.

The second generation was introduced in 1970 as the E20 model. The car was modified and restyled to give a more rounded shape to the body. The car had an option of two types of engines; 1400 cc and a 1600 cc OHV engine. In addition, it supported a front-engine, rear-wheel-drive with three different body styles;

The E20 model as a sedan and coupe started in 1970 and ended in 1974. The wagon and van body style of the car ended in 1978. Furthermore, the vehicle was assembled in; 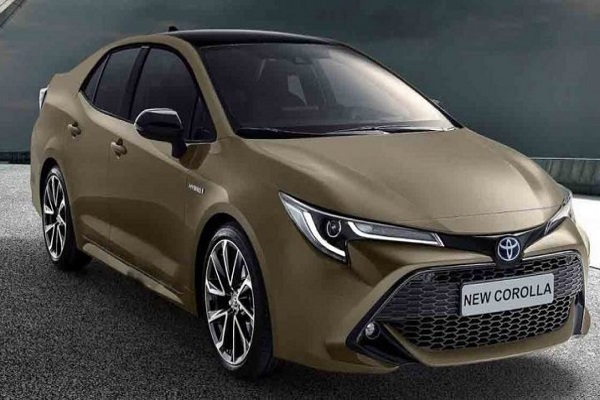 Moreover, in 1976 the E30 models were replaced by E50 models, and the E60 models replaced the E40 models of the Sprinters. The production of the E30 and E50 models ended in 1981, and they were the reason for the significant growth of Toyota in the United States of America.

The cars supported a Front-engine, rear-wheel-drive layout with five types of different engines;

There was a significant modification in the fourth-generation model in 1979. The E70 had simple designs for its grill, headlights, and tail lights. In addition, the car was the last of its kind to use the rear-wheel-drive configuration. Toyota Corolla Pakistan E70 model was also exported and sold in Pakistan.

The production of the car resulted in an average of 2300 daily units produced, which was an all-time high production rate. The car came with the modern features those future customers would desire and comfortable for driving. The E70 model was assembled in the following countries;

The generations of the Corolla go on till twelve generations, with each model unique in its own way.

Toyota Corolla comes with a configuration of both compact and subcompact cars. Moreover, it was introduced in Pakistan in 1999, and a total of 8,268 units were sold.

It is still one of the best cars to be sold across the globe. Toyota introduced the Toyota Corolla Pakistan models in rear-wheel-drive layouts, and now they are equipped with front-wheel drive. The seventh generation of the Corolla model, E100, was the most popular in Pakistan. 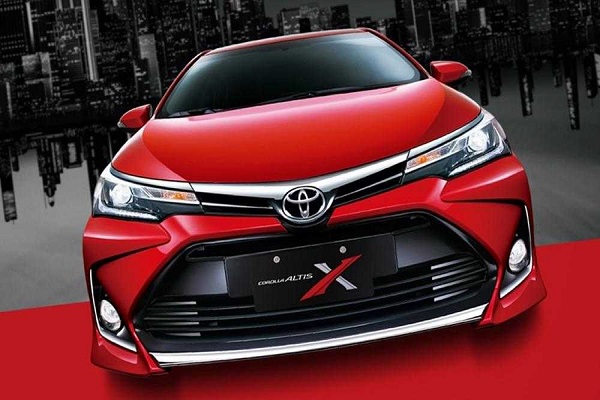 The E100 was assembled and introduced in 1991, and Toyota stopped producing it in 2002. Moreover, the car was also built in Karachi, Pakistan. The engine of the vehicle supported petrol with seven different types. The transmissions included both 4/5/6-speed manual and 3/4- speed automatic versions.

For nine years, the 7th generation Corolla was produced in Pakistan until it stopped in 2002. There had been a few minor changes within the E100 model.

The Toyota Corolla Pakistan E100 model had more sales than both the Honda Civic and City combined. The E100 was known as Indus Corolla, and it came with two types of petrol engines; 1.3 Liter and 11.6 Liter fuel injected unit. In addition, Toyota sold Manual versions of the Indus Corolla more than the automatic transmissions.

The 2020 model of Toyota Corolla Pakistan was launched in the country in 2020. The car houses a minimum of five passengers, one in the front along with the driver seat and three passengers at the back. It is a Sedan car that supports 1800 cc engine capacity.

Moreover, the vehicle produces a horsepower of 138 hp with a fuel economy of 12km per liter of petrol. Apart from that, the layout of the car is equipped with a front-wheel-drive configuration. The build quality of the car is exceptionally durable for the 2020 model, and overall, the looks of the vehicle are remarkable.

With an ivory interior design, the car has comfortable seats with power steering and power windows. It has a 4-speed transmission gear available in both automatic and manual transmissions. It also has an immobilizer installed along with an ABS brake system.

Salient features of the car

Toyota Corolla 2020 price in Pakistan is between 2.5 to 4.0 million Pakistani Rupees, and the car has some of the following features;

The exterior of the car has; 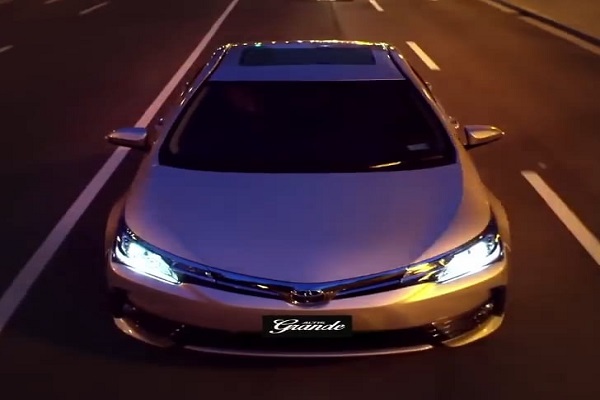 Toyota has launched its 2021 model for the Corolla model Sedan Vehicle. It comes with five different variants, each unique and luxurious in its own way;

The Toyota Corolla Pakistan launched five different variants of the model Corolla, one of which is the Altis X Manual and Automatic variant. This car supports a 1600 Engine Capacity with a total horsepower of 120 hp at 6000 RPM. The average fuel consumption of the car is around 12-16 Km per liter.

Moreover, it also has a Front-Wheel drive configuration. The price of Altis X manual and automatic is between 3.1 to 3.4 million Pakistani Rupees.

Altis CVTi 1.8 is also a variant of the Toyota Corolla Pakistan launched in 2021. The price of the car is 3.6 million Pakistani rupees. The car has an engine capacity of 1800 cc with 138 hp of horsepower at 6400 RPM. It also supports the front-wheel-drive configuration and has a fuel economy of 10 Km.

Altis Grande X CVTi 1.8, being a variant of the Toyota Corolla Pakistan models, is available in Beige and Black interior. The price of the car is between 3.7 and 3.89 million Pakistani rupees for either of the two interior designs. So, the significant difference is only the interior color and design.

Other than that, the car has the same engine, horsepower, fuel economy, and drive layout.

Performance and safety of the 2021 models of Toyota Corolla Pakistan include;

Apart from that, the car is installed with Dual SRS Airbags and ISOFIX child seat anchors. Toyota Corolla 2021 price in Pakistan is between 3.1 to 3.9 million Pakistani rupees.

Q: What is the price of the Toyota Corolla in Pakistan?

A: The price of Toyota Corolla Pakistan ranges from 2.8 to 4 million Pakistani rupees due to the different models and variants of the Corolla.

A: It is a good family car and has a comfortable and smooth driving experience with low fuel consumption.

Q: How to book Toyota Corolla in Pakistan?

A: There is a showroom of Toyota Corolla in Karachi, Pakistan, that offers customers pre-bookings.

Q: What is the Cruise Control in Toyota Corolla?

A: Cruise Control allows the car to automatically maintain a constant car speed, giving relaxation to the driver. 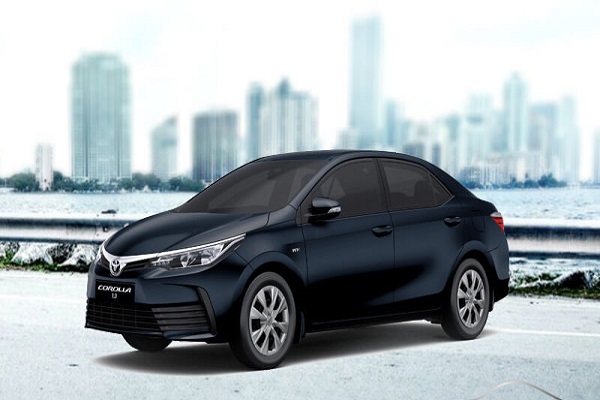