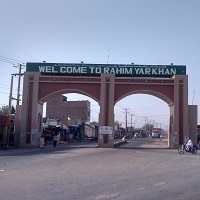 Rahim Yar Khan is located in Punjab province, Pakistan. The city is the R.Y.K. district’s administrative headquarter and is 588.2 km from the provincial capital, Lahore, and 786.9 km from Islamabad. It is situated at the confluence of three provinces (eastern Baluchistan, Southern Punjab, and Northern Sindh).

This strategic location makes the town hub of economic activities, agriculture, trade, education, health, and business. Even before the partition of the subcontinent, R.Y.K. was the second wealthiest state of united India. This city is also known as the gateway of Punjab for its trade routes and geographic location. This article contains all the detail about the city, including Rahim Yar Khan Biography. 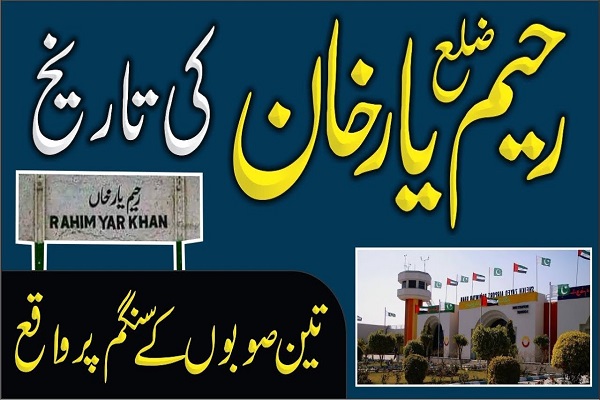 Historians narrate that R.Y.K. was built in 1751 when province Sindh was under the Sumra Dynasty’s reign (the Rajput kingdom of Sindh). This town is located near River Indus and was formerly known as Noshehra. Around 800 years ago, while going to Multan, Muhammad Bin Qasim and his army used this region as a passageway to Multan.

Later this territory was under the rule of Shahab Uddin Ghori. During the reign of Sultan Shams Uddin Altamash,  for 20 years, this region was under the control of insurgent groups. Sultan Mehmood Ghaznavi also used the area as the route to Somnath. In 1578, Salateen of Dehli conquered this region. Mughals later defeated them and made this part of their empire.

In 1809, Nawab Muhammad Sadiq Khan renamed the town Rahim Yar Khan. The city was designated as a District Headquarter in 1930. By the year 1940, it was already a thriving industrial zone. At the time of partition of the subcontinent in 1940-47, the nawab of R.Y.K. opted to join Pakistan.

Desert-like climate prevails in the city because of the geographical location and height above sea level. The typical yearly temperature is 26.2 °C, but in June, it could climb to 36°C. Usually, the month of January observes the minimum average temperature, and that is 13.3 °C. The average rainfall is around 101mm each year. The city is a multicultural society. In this small Pakistan, communities such as  Punjabi, Saraiki, Sindhis, Pathans, Balochis, and others live side by side in peace and harmony. Ethnic groups celebrate all festivals. People are open-minded and straightforward.

People are fond of eating at home. Mostly they consume wheat bread, chopri roti (buttered bread), saag, daal, lassi, milk, butter, vegetables, beef, mutton with lots of onions, chilies, and pickles. Moreover, they are highly respectable towards elders. They touch their feet as a sign of respect and get the blessing from them in return.

The favorite dance of females is Giddha and of males is Bhangra, which is usually performed during special occasions. 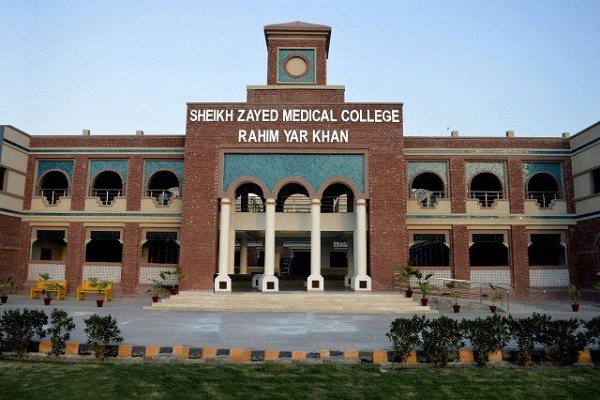 People here are sports-loving. There are many facilities available in the town, including a cricket ground constructed in 1952 and famously known as Mehmood Stadium. The locals are keen to watch and fondly play:

The city is located at a strategically important location, an intersection linking  Punjab, Sindh, and Balochistan. Agroindustry, industrial, and manufacturing zones, markets, and the workforce are easily accessible by the three provinces as being the hub. Rahim Yar Khan is handsomely contributing its economic share in the GDP and economic progress of Pakistan.

The ideal locution (at the intersection of three provinces) makes it abundant in human resources and resources. Industries located at this intersection providing employment opportunities to the locals and the people of the neighboring regions. The industries are the primary sources of earnings for living. Some of the leading industrial units comprise:

Some well-known units include:

The city is one of the largest producers of crops in Punjab. The region is partitioned into three zones; the desert area (Cholistan), the canal irrigated area, and the riverside area (nearby the river Indus).  The weather, geography, and soil are instrumental for many vegetables, fruits, and crop cultivation, such as wheat, dates, sugarcane, mango, malta, cotton, and rice.

The town and its neighborhood are worth visiting, and it is gradually becoming a favorite tourist destination. Following are must-visit tourist places: 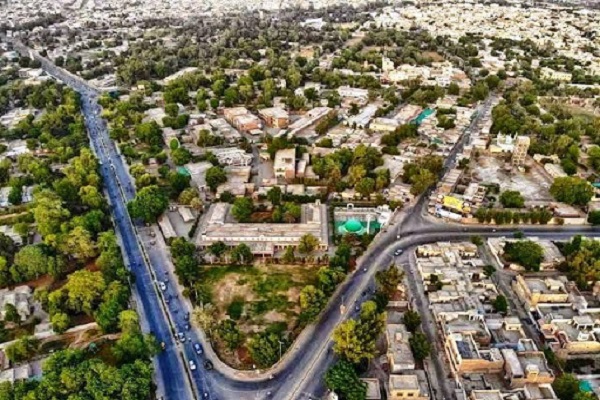 The residents can communicate through:

National Highway (N-5) and Motorway (M-5) provide a road link to reach the city. Numerous passenger-carrying transport services from all over Pakistan are available for by-road travelers to get R.Y.K.

Pakistan railway is running 26 train services for the city from different regions of Pakistan. Railroad travelers can embark and debark at Rahim Yar Khan railway station. Air routes from the outer regions could end up at Shaikh Zayed International Airport (R.Y.K.), located 6.5 km from the city center in Rahim Yar Khan.

Other nearest options include: