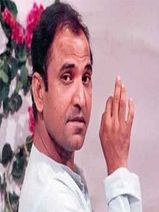 
Saleem Nasir, also known as Salim Nasir, was a Television and film actor from Pakistan. His real name was Syed Sher Khan, and despite his language being Pashto, he was fluent in Urdu, which is why most people surprised to see him speak Pashto. He started his artistic journey on the small screen and received full acclaim from the audience by playing all kinds of roles well. Apart from TV, he also showed the essence of acting in films. Saleem has performed in about 400 individual dramas and 27 serials. He published his entertainment magazines, with the name ‘TV Times’ and ‘TV Tempo.’ This article has all the information about Nasir, including Saleem Nasir Biography. After settling in Karachi, his obsession with acting was on peak. Whether the screen was small or large, the audience admired the essence of his acting. His impressive performance and ability to adapt to every role made him a unique actor of his time. He never considered himself a complete actor. Whenever he asked about his acting, he would say, “I’m just learning.” However, he was happy that the TV and filmmakers, recognizing his abilities, gave him the roles he deserved. He was also posthumously awarded the ‘Medal of Excellence’ for his outstanding performance in the field of acting.

Born on November 15, 1944, in Nagpur, India, after the foundation of Pakistan, Saleem came to Pakistan with his family and took up permanent residence in Karachi.

After graduation, he joined the Defense Housing Authority in Karachi as an officer in the public relations department. Still, he did not consider this field as his destination and moved to the area of acting.

His biggest play was ‘Angan Teerha.’ Anwar Maqsood wrote it. In it, he played the role of a servant, who was first the dancer. He accompanied by Shakeel, Bushra Ansari, and Arshad Mahmood in the play.  Initially, his critics thought that he could only perform in specific roles, but this thought later turned out to be wrong. He silenced the critics by playing a unique role in ‘Angan Teerha.’ His role in this play was challenging, but people have not forgotten his comedy performance yet. He did justice to his every character.

He played the role of ‘Mamo’ in the drama serial ‘Un-Kahe.’ If his character ‘Mamo’ removed from this play, then the drama’s real spirit is lost. This series was the result of the penmanship of Hasina Moin. In this series, Shahnaz Sheikh. Javed Sheikh, Shakeel, and Asif Raza Mir also brilliantly performed.

With the lead role of ‘Captain Sarwar Shaheed’ in the Nishan E Haider series, he did full justice to his role and also acknowledged his ability in serious roles.

He appeared in the historical drama serial ‘Aakhri Chatan’ in the form of Sultan Jalaluddin Khawarizm Shah, which was probably the best performance of his artistic career and his dialogue delivery style captivated the viewers.

In the play ‘Dastak,’ he played the role of a lawyer, which was well received. He accompanied by Ayaz Naik, Shazia Akhtar, and Qazi Wajid.

PTV’s series ‘Janglos’ proved to be his last drama, which made in 1909.

Another of his memorable plays was ‘Yanseeb Clinic.’ In this, he played the role of a doctor.

Apart from TV dramas, he also showed the essence of acting in the film ‘Zeb Al-Nisa’ with Waheed Murad and Shamim Ara. Director Farid Ahmed gave him a role in this film, which he played beautifully.

In 1983, he attended Anwar Maqsood’s stage show ‘Silver Jubilee’ as a guest and was well received.

He passed away on October 19, 1989, at the age of 45 from a heart attack, but the roles he played are still fresh in people’s minds. He is laid to rest in the Defense Society Cemetery in Karachi. He is survived by three children and a wife.