By zeeshanwsOctober 18, 2017No Comments7 Mins Read 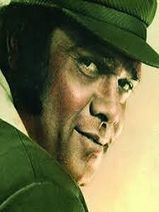 
Ahmed Rushdi, a well-known singer, dominated the film industry for three decades because of his excellent and charming songs. He is also called the first pop singer in Pakistan. Ahmed was second to none in his lively and humorous songs. He also has the honor of singing the first English song in the history of the Pakistan film industry. Rushdi has the distinction of singing the most number of songs with 5,000 songs. His style is still prevalent in the Pakistani film industry, and a magical voice is still ringing in the ears of fans. This article has all the information about Rushdi, including Ahmed Rushdi Biography and Ahmed Rushdi Songs. Ahmad Rushdie’s characteristic was that he adopted the voice and style of the artist for whom he sang. Many famous film singers today consider Rushdie as their teacher. Whether the song is joyful or painful, high-pitched, or low-pitched, it has won listeners’ appraise. His songs motivated the young generation to adopt the genre of pop music for their singing career. Years after his death, it is now clear that a singer like him cannot be found in Pakistan’s film industry. He has received numerous awards. Twenty years after his death, the government of Pakistani awarded him the Sitara-e-Imtiyaz.

In Hyderabad, India, Rushdie, who ruled the film industry for three decades, was born on April 24, 1938. Later he moved to Karachi, where he resided till his last breath.

He did not receive formal music training from a teacher, but his talent was God-given. Music and singing used to circulate in his blood, and he has been interested in music since childhood.

He belonged to a conservative Syed family. His father, Syed Manzoor Ahmad, was an Arabic and Persian teacher in Hyderabad Deccan and died in Rushdie’s childhood. He was a very religious man and, unlike other famous personalities, had no scandal throughout his life. On 30th November 1963, he tied the knot with Humera. The couple had three daughters, and none of them had followed their father’s footsteps. Humera died after nine years of his husband’s death.

He sang the first song for the Indian film “Ibrat” (1951). Then he came to Pakistan and reached the heights of fame in 1954 by singing ‘Bandar Road Say Kemari Chali Hai Mere Ghora Gari.’ He never looked back after that. He was also an idol of famous Indian film singer Kishore Kumar, and Kishore Kumar performed songs of the late Rushdie in England.

His success from 1st performance provided him the opportunity to be selected as a playback singer in many films, including ‘Waah Ray Zamaanay,’ ‘Baraa Aadmi,’ ‘Ye Duniya,’ ‘Raat Kay Raahi,’ and many others. Songs ‘Maari Laila Nay Aise’ in film Anokhii ‘Chal Naa Ske Gi 420’ ‘Chaalak Raahi Hein Mastiyaan,’ in film Raz brought recognition and fame to him. He earned 1st Nigar Award for ‘Chaand Saa Mukhraa Gora Badan,’ which he sang for film ‘Sepairan.’ ‘Koo Koo Korina’ sung by him in 1961 got the status of Pakistani 1st pop song.

Khalil Rasheed, a recognized music director, selected Saleem Raza for the recording of a sad song ‘Kisi Chaman Mein Rahoo Tm’ for ‘Anchal’ film but Saleem’s performance didn’t satisfy him and Rushdi got selected for re-recording. He performed so well that he became Khali’s 1st choice for his music compositions

Rushdi also invented a unique style of ghazal singing and made Habib Jalib famous all over Pakistan by singing his ghazal ‘Mein nahe Maanta’ for the film Khamosh Raho. For the film ‘Joker,’ he recorded another Habib’s ghazal ‘Shok E Awaaragi.’

Although he sang for all the actors, the songs filmed in his voice on Waheed Murad are still popular today despite the passage of many decades, including ‘Koo Koo Korina,’ and ‘Kuch Log Roth Kar’ and his pairing with chocolate actor Waheed Murad was very successful.

He also acted in some films, with beautiful pronunciation not only in Urdu but also in Bengali, Oriya, Kannada, Punjabi, Tamil, Telugu, and Marathi.

1980 was a nightmare for Pakistani films. Punjabi films replaced Urdu films, and female playback singers dominated the Punjabi films. In Zia Ul Haq’s government, musical videos banned. During that period, he sang for films ‘Farzaana,’ ‘Hasina Maan jae Gi,’ ‘Hanstaay Ansso’ but this era was the downfall of his marvelous career.

Since 1976, he was suffering from heart ailments, and doctors didn’t allow him to sing, but he continued his passion as he considered music his life. In 1981 he got a 2nd heart attack; at that time, he was busy making a music album. On 11th April 1983, he couldn’t survive 3rd heart attack and passed away. This king of rock, roll, and voice magician was embedded in Karachi’s Sakhi Hassan cemetery and is one of the world’s popular personalities even after death.