Muhammad bin Qasim was born around 695 AD. He belonged to the Saqqafi tribe; that had originated from Taif in Arabia. He grew up in the care of his mother; he soon became a great asset to his uncle Muhammad Ibn Yusuf, the governor of Yemen. His judgment, potential and skills left many other officers and forced the ruler to appoint him in the state department. He was also a close relative of Hajjaj bin Yousuf, because of the influence of Hajjaj, the young Muhammad bin Qasim was appointed the governor of Persia while in his teens, and he crushed the rebellion in that region. There is also a popular tradition that presents him as the son-in-law of Hajjaj bin Yousuf. He conquered the Sindh and Punjab regions along the Indus River for the Umayyad Caliphate.[1] He belonged to the – Saqqafi tribe 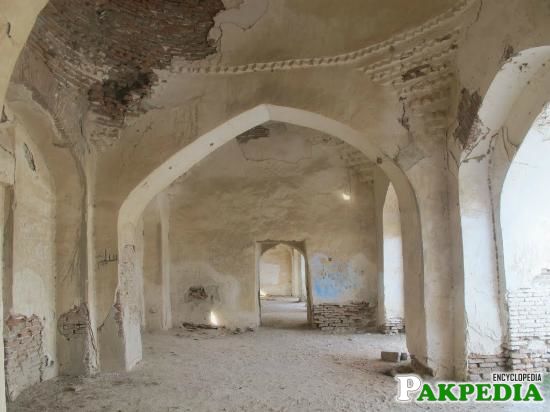 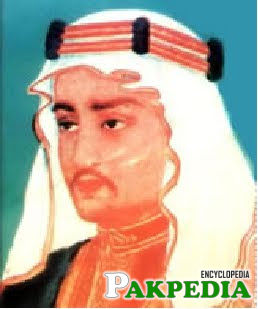 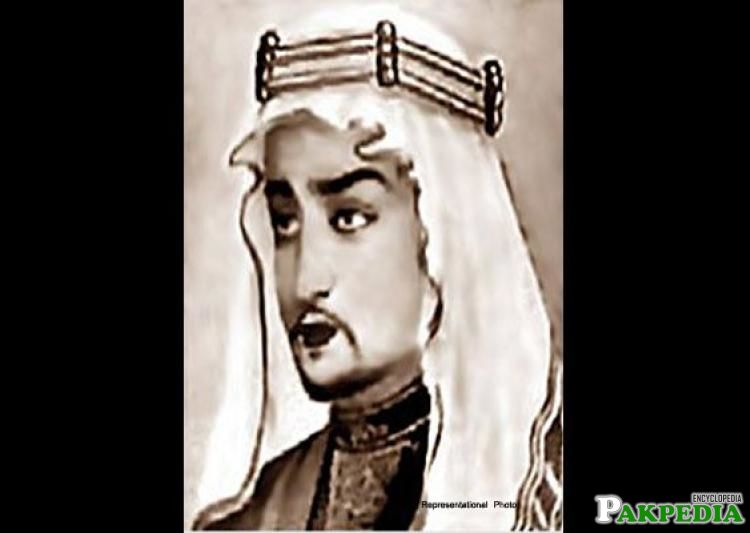 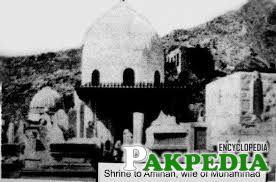 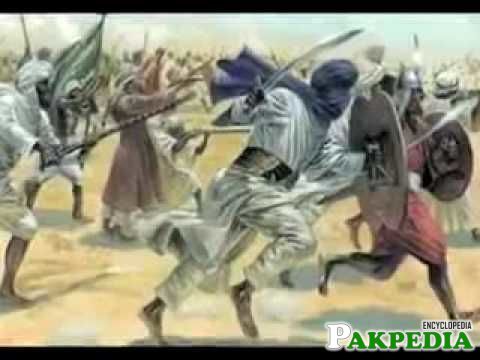 Muhammad bin Qasim was orphaned as a child and thus the responsibility of his upbringing fell upon his mother. She supervised his religious instruction herself, and hired different teachers for his worldly education. It was the uncle, Hajjaj bin Yousaf, who taught him the art of governing and warfare. Qasim was an intelligent and cultured young man who at the age of fifteen was considered by many to be one of his uncle’s greatest assets. As a show of faith in his nephew’s abilities, Hajjaj married his daughter to Qasim.At the age of sixteen, he was asked to serve under the great general, Qutayba bin Muslim. Under his command Muhammad bin Qasim displayed a talent for skilful fighting and military planning. Hajjaj’s complete trust in Qasim’s abilities as a general became even more apparent when he appointed the young man as the commander of the all-important invasion on Sindh, when he was only seventeen years old. Muhammad bin Qasim proved Hajjaj right when he, without many problems, managed to win all his military campaigns. He used both his mind and military skills in capturing places like Daibul, Raor, Uch and Multan. History does not boast of many other commanders who managed such a great victory at such a young age.[2] Muhammad bin Qasim – displayed  talent

Besides being a great general, Muhammad bin Qasim was also an excellent administrator. He established peace and order as well as a good administrative structure in the areas he conquered. He was a kind hearted and religious person. He had great respect for other religions. Hindu and Buddhist spiritual leaders were given stipends during his rule. The poor people of the land were greatly impressed by his policies and a number of them embraced Islam. Those who stuck to their old religions erected statues in his honor and started worshiping him after his departure from their land.Muhammad bin Qasim was known for his obedience to the ruler. Walid bin Abdul Malik died and was succeeded by his younger brother Suleman as the Caliph. Suleman was an enemy of Hajjaj and thus ordered Qasim back to the kingdom. Qasim knew of the animosity between the two. He was aware that due to this enmity, he would not be well treated. He could have easily refused to obey the Caliph’s orders and declare his independence in Sindh. Yet he was of the view that obeying ones ruler is the duty of a general and thus he decided to go back to the center. Here he became a victim to party politics. He was put behind bars where he died at age of twenty. Many historians believe that had he been given a few more years, he would have conquered the entire South Asian region.[3] ordered Qasim back to – the kingdom

There are many great people found in the history of Sub-continent, who devoted their lives for Islam. One of the very famous heroes of history is Mohammad Bin Qasim who played a major role in spread of Islam in the sub-continent. He lived a very short life of twenty years, but he is known for his courage and disciplines. He was born on December 31st, 695 at ta’if. As he was orphaned, when he was a child, thus he grew up under his mother’s eye. A generous and religious person was the son-in-law of Hajjaj Bin Yousaf.[4] A generous and  –   religious person 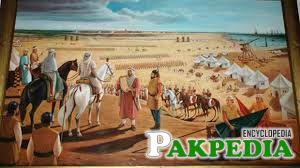 The Umayyad caliphate ordered Muhammad Bin Qasim to attack over Sindh. He led 6,000 Syrian cavalry and at the borders of Sindh he was joined by an advance guard and six thousand camel riders and with five catapults (Manjaniks). Muhammad Bin Qasim first captured Debal, from where the Arab army marched along the Indus. At Rohri he was met by Dahir’s forces. Dahir died in the battle, his forces were defeated and Muhammad bin Qasim took control of Sind. Mohammad Bin Qasim entered Daibul in 712 AD. As a result of his efforts, he succeeded in capturing Daibul. He continued his Victorious Progress in succession, Nirun, fortress (called Sikka), Brahmanabad, Alor, Multan and Gujrat. After the conquest of Multan, he carried his arms to the borders of Kigdom of Kashmir, but his dismissal stopped the further advance. Now Muslims were the masters of whole Sindh and a part of Punjab up to the borders of Kashmir in the north. After the conquest, he adopted a conciliatory policy, asking for acceptance of Muslim rule by the natives in return for non-interference in their religious and cultural practices. He also established peace with a strong taxation system. In return he provided the guaranty of security of life and property for the natives.  Hajjaj died in 714. When Walid Bin Abdul Malik died, his younger brother Suleman succeeded as the Caliph. He was a bitter enemy of Hajjaj’s family. He recalled Mohammad Bin Qasim from Sindh, who obeyed the orders as the duty of a general. When he came back, he was put to death on 18th of July, 715AD at the age of twenty.[5] Muhammad Bin Qasim – attack  Sindh

Mohammad Bin Qasim was known for his obedience, but he was unaware of the tragic end. Hajjaj and his patron died in 714. When Walid Bin Abdul Malik died, his younger brother Suleman succeeded as the Caliph. He was a bitter enemy of Hajjaj’s family. He recalled Mohammad Bin Qasim from Sindh. Qasim was known about the animosity between Suleman and Hajjaj. He could refuse to obey the Caliph’s orders, but he used to obey the orders as the duty of a general. When he came back, he had to pay. He became a victim and was put behind bars. He died at age of twenty on 18th of July, 715.[6] Qasim was known – for his obedience 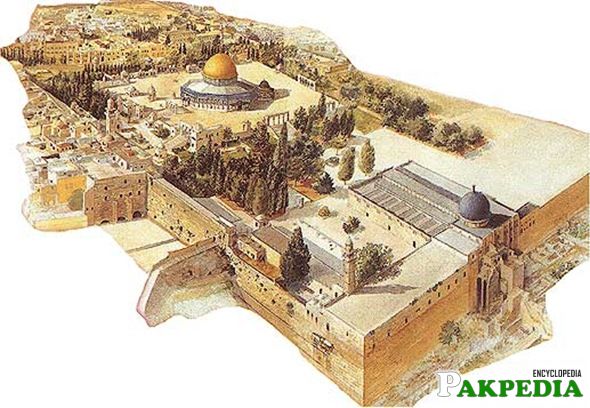 The narrative in the Chach Nama conveys that Chach of Alor humiliated the Jats and Lohanas. He compelled them to agree to only carry sham swords, to wear no undergarments of shawl, velvet or silk; only wear silk outer garments provided they were red or black in color, to put no saddles on their horses, to take their dogs when they went out, to furnish guides and spies and carry firewood for the royal kitchen. Qasim maintained these regulations, declaring that the Jats resembled the savages of Persia and the mountains. He also fixed their tribute. Jats of Ghasul who had submitted to the Arab rule garrisoned the Ságara and the island of Bait.[7] Arab rule garrisoned  – the Ságara

There are conflicting views regarding religious policy in his reign. According to some historians, no mass conversions were attempted and the destruction of temples such as the Sun Temple of Multan was forbidden. Lane-Poole writes that, ” as a rule Muslim government was at once tolerant and economic”. But other historians like Elliot, Cousens, Majumdar and Vaidya have held the view that there was coercive conversion during his reign and destruction of temples was a reflection of the more basic, religiously motivated intolerance.An eccelastical office, “sadru-I-Islam al affal”, was created to oversee the secular governors. While some proselytization occurred, the social dynamics of Sindh were no different from other regions newly conquered by Muslim forces such as Egypt, where conversion to Islam was slow and took centuries.[8] Sindh is different from – other regions

Muhammad bin Qasim had begun preparations for further expansions when Hajjaj died, as did Caliph Al-Walid I, who was succeeded by Sulayman ibn Abd al-Malik, who then took revenge against all who had been close to Hajjaj. Sulayman owed political support to opponents of Hajjaj and so recalled both of Hajjaj’s successful generals Qutaibah bin Muslim and Qasim. He also appointed Yazid ibn al-Muhallab, once tortured by Hajjaj and a son of Al Muhallab ibn Abi Suffrah, as the governor of Fars, Kirman, Makran, and Sindh; he immediately placed Qasim in chains.