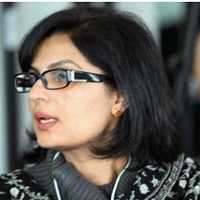 Dr Sania Nishtar is a Pakistan-based cardiologist, physician, activist, and author who is currently serving as a Special Assistant on PASSD (Poverty Alleviation & Social Safety Division) to the PM with the status of BISP (Benazir Income Support Program) chairperson and Federal minister.

She is also serving as a member of WEF’s (World Economic Forum) global agenda council on healthcare future and co-chairs the USA National Academy of Science (NAS) global study on healthcare quality in the middle- and low-income countries. The article contains all the information about her, including Dr Sania Nishtar Biography. 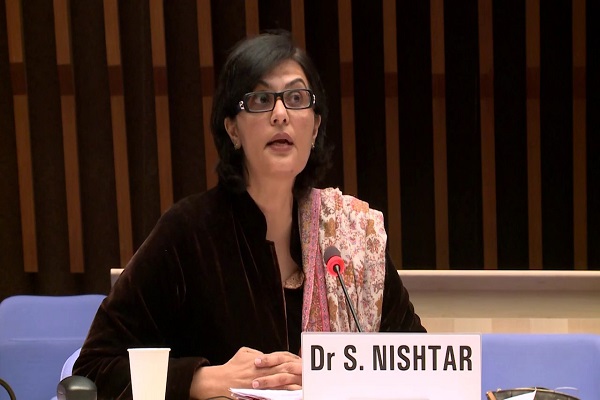 After serving as a physician, she began her public activities as a reformer when in 1998, she formed the Heartfile. Since then, she hasn’t looked back. Within a short time period, she has become a widely acclaimed health activist. Besides becoming a warrior against starvation and poverty, she is globally praised for her centralized dedication to combat NCD (non-communicable diseases).

She headed a number of notable committees of WHO. Indeed, she is Pakistan’s global face in the field of medicine and public health. She received Sitara-e-Imtiaz Award, the Rockefeller Foundation’s 1st Global Innovation laurel, and the European Society Population Science Award.

In 2011 she got admitted to MMOHF (Medical Mission Hall of Fame) in Toledo. In early 2014, she was named in the Top-Twenty List of ‘Most Influential Women in Science in the Muslim World’ by the Muslim Researchers Listing in acknowledgment of her efforts for advocacy pf policy.

Later, in 2019, she earned a doctorate in science from her institute Kings College. She was on the BBC’s hundred Women List, revealed on 23rd Nov 2020.

She graduated from KMC (Khyber Medical College) with her MBBS in 1986 and got the status of Year’s Best Graduate. She has a fellowship of RCP (Royal College of Physicians) and a doctorate from KCL (King’s College London). The college awarded her an honorary Doctorate degree in Science in 2019. 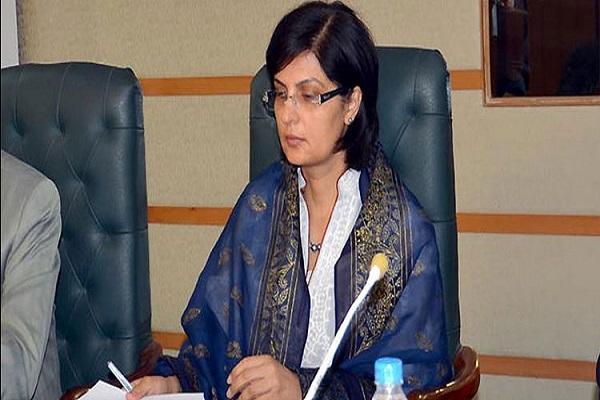 She belongs to a well-educated and open-minded family; her grandfather Sardar Abdur Rab Nishtar, was an activist and leader of Tehreek-e-Pakistan. Her father was an advocate of girl’s education and achievements. Apart from allowing her to enjoy her life completely, he ensured her a quality education.

Sania Nishtar also used actively participate in swimming competitions. She is the wife of Ghalib Nishtar, who is also working as a campaigner against deprivation. He’s heading Khushali Microfinance, which offers micro debts to the needy and poor to set up their businesses.

After serving as a cardiologist for several years at PIMS (Pakistan Institute of Medical Sciences), she established Heartfile in 1999 that grew from a health information-oriented NGO to a health care policy think tank concentrated on health systems challenges.

She established the ‘Heartfile Health Financing’ in 2007 program with an aim to save needy patients from clinical deprivation. She also set-up Health Policy Forum in Pakistan for healthcare professionals that have received contributions and support from renowned and expert global wellbeing advocates, including Naresh Trehan, Mark Dybul, Sir George Alleyne, and Seth Berkley, and many others.

She was designated as a Special Assistant on PASSD (Poverty Alleviation and Social Safety Division) in 2019 for PM Imran Khan. In this position, she is heading the roll-out of ‘Ehsas’ Pakistan’s multi-sectoral welfare and poverty eradication program, which contains more than 130 policies.

Previously, she served as Federal Minister in the Pakistan government to PM Mir Hazar Khan during the 2013 interim government, in charge of Education & Training, Science & Technology, and Information Technology & Telcom. Founder of Pakistan Ministry of Health

During her tenure, Dr Sania Nishtar was influential in founding the Pakistan Ministry of Health, the one she had advocated. At the end of her tenure, she wrote Handover Papers. She even rejected wages and benefits and left an unordinary present for government officials.

Her policies concentrated on fostering development in the educational system, connecting academia to businesses, national and industrial priorities, and in the IT Ministry, using the telecommunications sector for growth and development. During her tenure as Minister, she insisted on the PM overturning the decision to dissolve the PM’s Polio cell.

In 2015, she was the Government’s nominee to succeed Portuguese politician António Manuel as UNHCR (United Nations High Commissioner for Refugees); the seat ultimately went to Italy’s Filippo Grandi. She was Pakistan’s nominee to succeed Canadian-Chinese Physician Margaret Chan as DG of the WHO.

In 2016 OIC (Organization of Islamic Cooperation), which has fifty-seven member states and intends to function as a common voice for the Muslim community, greeted her candidacy.

She was among two main contestants in the Jan 2017 shortlisting electoral process, winning twenty-eight out of thirty-four votes. She was among the three official candidates by WHO.  Her candidacy obtained strong support from Pakistan, women’s groups, the state, civil society.

Many distinguished Pakistanis have come to help her, such as Sharmen Obaid, Oscar-winning film-maker of Pakistan. International analysts accentuated her merits written in Lancet’s letter. Luminaries, including Musimbi Kanyoro, Princess Dina Mired, and Sir George Alleyne, strongly supported her. 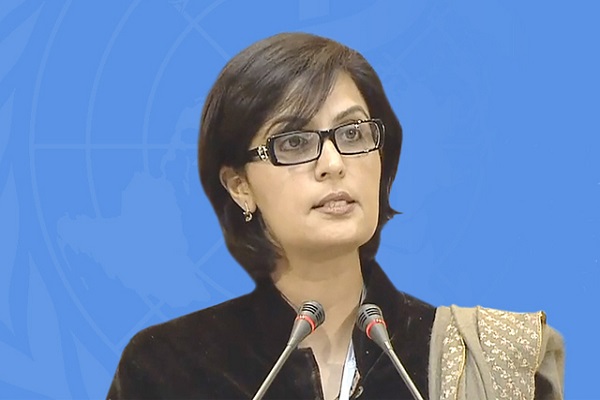 An Ideal Choice for NCDs credentials

Ruth Bonita and Robert discussed that she was an appropriate choice for the healthcare system and NCDs credentials. Others backed her on the basis of her reform skills and a combination of civil society, multilateral and ministerial expertise, and others highlighted her accountability skills.

Got Defeated in 2017 Elections

She stressed the need for accountability and transparency during her electoral campaign. Tedros Adanhom defeated her in the final election in 2017. Her failure saddened Pakistanis, however her ethical behavior during the elections and the respect it earned for Pakistan was highly acclaimed.

She was Chairperson of the Health Committee of the initiative ‘Amman Ki Asha,’ a Peace Movement between Pakistan and India, for which she organized a number of meetings and tried to negotiate declarations.

As a part of the ‘Pakistan chapter of Collaborators’ for a Fresh Start, the Aspen Institute, and a member of the Pakistan American Foundation’s Global Advisory Council and the Muslim-US interaction initiative, she has advocated a greater collaboration between the US and Pakistan in improving social consequences.

Emphasized on Governance of Health Sector

His domestic emphasis is on the governance of the health sector. This was shown in the instance of her opinion on the fraudulent drug controversy, the abolishment of the Health Ministry, which was part of the 18th amendment to the Pakistan Constitution, and the country’s failure to eliminate polio.

She also voluntarily invests her time to improve health systems in Pakistan and signed 2-MOUs with Pakistan’s Health ministry.  She penned down the country’s 1st manual of health statistics and 1st national public health strategy for NCD (non-communicable diseases).

She was a former director of IESCO. She is also a member of the Economic Advisory Council of Pakistan and chairs the Steering Committee for National Vision for Surgical Care. Sania has been involved in numerous capacities with several foreign organizations. 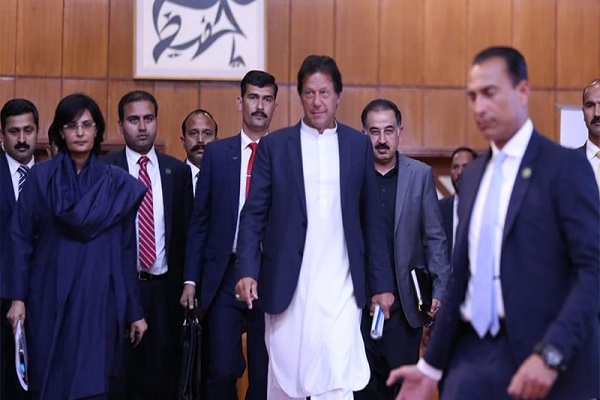 For senate elections, 2021 PTI (Pakistan Tehreek-e-Insaf) nominated her as its candidate, and she won this seat by receiving fifty-six votes.

She worked as an advisor to WHO on a temporary basis. In addition, she holds a number of board posts, such as:

Efforts as a Campaigner

She headed the campaign ‘World Heart Day’ in its initial years, and in 2004, she chaired ’Go Red for Women’ and the panel of experts on Women & Heart Disease in 2007. She has also previously worked as an official of the Ministerial Leadership project for Global Health.

Sania Nishtar is a prominent Plenary Orator at international conferences and presents at platforms like Davos. She was also welcomed as a thought leader at United Nations organizations.

In 2010 OUP (Oxford University Press) published her book ‘Choked Pipes,’ and the book got reviews in the medical journal ‘The Lancet,’ WHO Bulletin, and many other periodicals. She regularly writes for Huffington Post and The News International. She also wrote for Project Syndicate and Wall Street Journal and edited Lancet Series published in 2013.