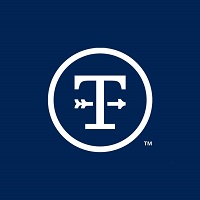 It is an American company that is a multinational corporation located in Springdale, Arkansas. Since 1935 the company is functioning in the food industry. Tyson Foods is a large-scale processor of and trade company that deals with food production. The company is the second largest in regards to chicken, beef, and pork after JBS S.A. It is also said that the company exports the largest percentage of beef annually in the United States.

In 2020, the company got the honor to be on the list of biggest US corporations at the 7th number. It is also estimated that the total Tyson Foods locations are 139.

In 2016, Tyson Foods made a 5% investment in a lesser-known company called Beyond Meat. This was a pretty big deal for both companies, particularly because it signaled the first time that a major meat producer had ever invested in the meat alternative industry. The following year, Tyson made another investment in Beyond Meat with an additional 10% stake in the company.

In 2019, Tyson sold its remaining interest in Beyond Meat before its Initial Public Offering.

We’ve always taken pride in bringing our customers food that they can depend on. Whether it’s a fresh piece of chicken or something that comes out of a freezer, we give our clients the best quality options so they don’t have to worry about whether it’ll be worth their money or not. Tyson Foods supply chain supplies meat to KFC, Burger King, and many other restaurants.

According to S&P Global Market Intelligence data, Tyson Foods jumped to 10.4% in December. By comparison, in the last month, the S&P 500 index come back to 4.5%.

Investors in Tyson Foods shares may be celebrating the profits over December, but it was a long road to reach this point. With January come new predictions from those in charge of valuation at preeminent financial organizations that it’s ‘prudent for investors to increase their allocation to risk assets in light of the particularly buoyant economic and financial environment now present.

Bowling Green Area Chamber of Commerce expects that Tyson Foods Inc. employees will earn $334,007,284 in household spending over the next decade, including spending $17,702,384 at local restaurants, spending $11,690,254 in property taxes, and earning a net income of $27,722,602. Employees will also spend $54,512,653 shopping for groceries and $4,212,000 on arts and entertainment. The outcome is two additional jobs in the community-supported directly by Tyson Foods Inc. workers.

Tyson Foods has been a longstanding presence in the Commonwealth for many years, and its leaders’ vision for the future will make it a great fit for Bowling Green and that surrounding region.

Following are the subsidiaries of Tyson Foods:

The above are all Tyson Foods brands.

Tyson Foods employs around 122,000 people. In 2018, they used 121,000 people. Not much of a difference. The great thing is that 2013 was the biggest year for Tyson Foods (in terms of employees), and there has been a steady decline since then. For this reason, we appraise their employee growth strategy very highly. The company has 139,000 team members.

Tyson Foods was started in 1935 and is headquartered in Springdale, Arkansas. It is the second-largest food company in the Fortune 500, the world’s largest processor and marketer of chicken, beef, and pork, and a member of the S&P 500. Tyson provides products and services to clients throughout the United States and more than 100 countries.

Through its Code of Conduct, Principles, and Team Member Bill of Rights, Tyson Foods aims to operate with honor and trust and is committed to creating value for its partners, customers, and Employees; the company also strives to be faith-friendly, provide a safe work environment and serve as stewards of the animals, land, and environment entrusted to it.

Tyson Foods Stock Price is given below:

Benefits found on job postings are as follows:

A: John Tyson is the owner of Tyson Foods.

Q: What companies are owned by Tyson Foods?

Q: Does KFC use Tyson chicken?

A: Yes, KFC uses Tyson Chicken, and it is the largest supplier of chicken to KFC and other brands chains like McDonald’s, Burger King, and prisons.

Q: How much do Tyson foods pay?

Q: How many employees do Tyson foods have?

Q: How to apply for a job at Tyson foods?