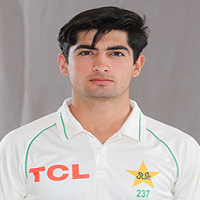 Naseem Shah is a Pakistan-based cricketer. He was added to the Pakistani cricket team in Oct 2019, at age of sixteen for the Test series played against Australia. On Nov 2019, he played his 1st match against Australia and became the 9th youngest player to appear in Test cricket.

In Dec 2019, he became 2nd youngest and fastest bowler to earn 5-wickets in a Test match played against Sri Lanka. He made history in February 2020 by taking a hat-trick in the 1st Test played against Bangladesh, making him the youngest bowler to do so. Naseem Shah height in feet is 1.8m. 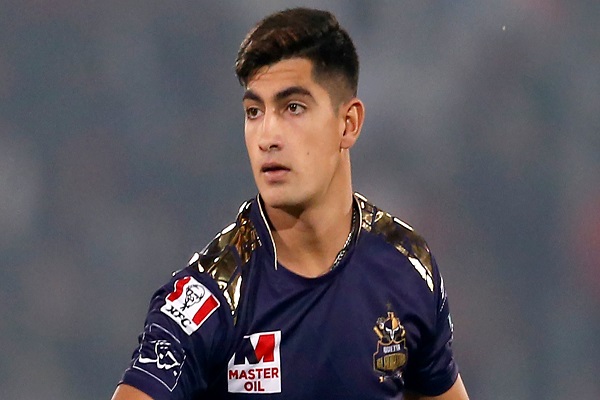 Shah is a shining star of Pakistani cricket and cricket fans in Pakistan have a lot of expectations from him. His senior fellows see him as the brightest star of Pakistani cricket. He always surprises his team and cricket lovers with his exceptional bowling. However, in Asia cup 2022 he became successful in introducing himself at a global level and to earn appreciation.

This appreciation came from the 2 sixes that he hit in the last over of the match played against Afghanistan and let Pakistan win the match and enter the finals. This performance highlighted him on all news channels and social media platforms as this excellent performance helped Pakistan in qualifying for the final of Asia Cup 2022.

He has four brothers and two sisters, one of whom is Hunain Shah, a fast bowler who competes at the U19 level. His mother died when he made his international debut in South Africa. He couldn’t go to the funeral.

He completed his primary education in his hometown. But later he started focusing on cricket more than his education. 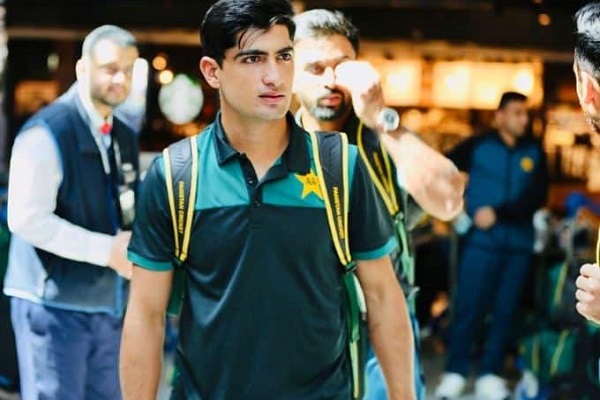 A career at Domestic Level

He was included in Central Punjab’s team for the Quaid-e-Azam championship in Sep 2019. On 13th Oct 2019, he played his first Twenty20 match for Central Punjab in the National Twenty20 Cup 2019-20.

He signed a contract with Gloucestershire County Cricket Club in Jan 2022 to participate in English domestic competitions during the 1st half of the season 2022. He was hired by the Welsh Fire in April 2022 for the 2nd season of The Hundred. Shah had a shoulder injury in his debut game for Gloucestershire, forcing him to miss the tournaments for a month.

The next month he was selected in the Pakistani Test squad for the 2-match series played against Sri Lanka. He recorded his 1st 5-wicket haul in a Test match during the 2nd match. He took a 5-wicket haul at the age of sixteen in a Test match, making him the youngest pace bowler and the 2nd bowler overall. Naseem Shah bowling speed is 147.5 kph. 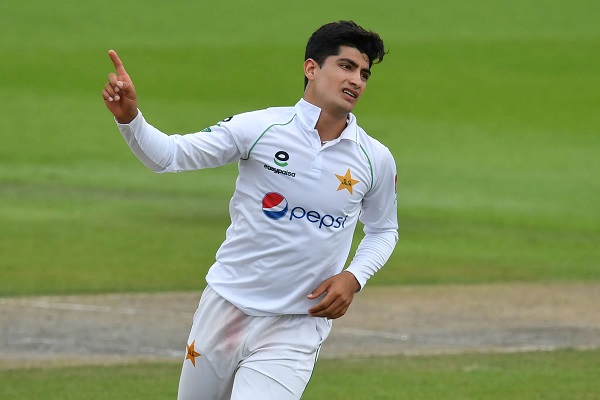 He was first selected for Pakistan’s team for the U19 Cricket World Cup in 2020, however, following his standout Test cricket debut, he was dropped from the U19 squad. The PCB (Pakistan Cricket Board) released a statement in Jan 2020 regarding Naseem’s departure from their Under-19 team.

They clarified that the decision was made for cricket-related reasons and not because of age-related concerns, saying they had checked and confirmed the ages of all players who could join their U19 squad.

Pakistan played against Afghanistan on 7th Sep 2022. And in the last over Shah made history by hitting two sixes, one after the other, and Pakistan qualified for the Asia Cup’22 finals. After hitting sixes in the match against Afghanistan he decided to auction the bat in order to help the victims of flood relief. The auction will soon take place.