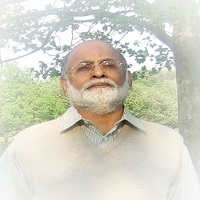 Muhammad Izhar ul Haq is a Pakistan-based analyst, columnist, and Urdu-language poet, and a reputed intellectual. For his contribution to Journalism and Urdu-Literature, he received International and National recognition.

He is the recipient of several National and Literary laurels, including ‘Pride of Performance’ in 2008 for his poetry and literature contributions. He published 5-books on Urdu-Poetry and works as a columnist under the title ‘Talakh Nawae’ in Daily 92 News. This article has every detail about him, including Muhammad Izhar ul Haq Biography. 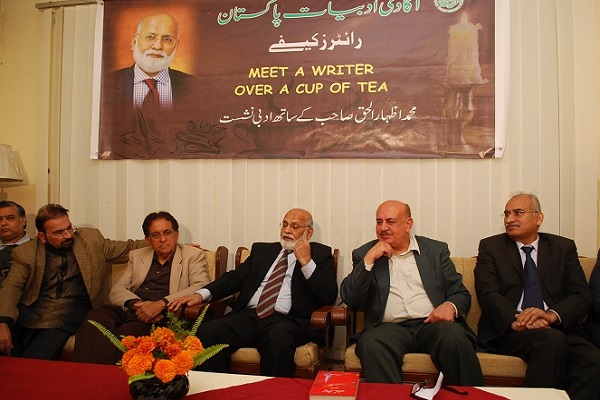 He is not only a highly educated person but also owns a creative mind. His father and grandfather were also intellectual personalities and trained their generation in the same way. He firstly served his country as a bureaucrat and then contributed his services in the field of poetry.

His poetic collection and column writings earned him National and International recognition. His field fellows also much praise his work and consider him a trendsetter in modern Ghazal. In honor of his meritorious services to poetry and Urdu Literature, he was bestowed with ‘Pride of Performance’ by the Pakistani Govt in 2008.

His father and grandfather gave him early education. He enrolled in Rawalpindi Govt College and topped in his graduation exam, for which he received Federal Govt ‘Inter-Wing’ fellowship. Under this fellowship, he secured an M.A. Economics degree from the University of Dhaka. After that, he secured an M.A. Arabic degree from P.U. (Punjab University) as an external candidate. He learned the ‘Uzbek’ dialect in Islamabad.

His grand-father Ghulam Muhammad was a reputed jurist and scholar of his era and taught Persian language and literature. His father, Hafiz Zahoor-ul-Haq, was also r reputable scholar and authored several books in Persian and Urdu poetry and prose. He lives a blissful married life with his wife Zahida and two daughters, and three sons in Islamabad.

After qualifying CSS exams, he joined Pakistan Civil Service in 1972. Before his retirement in 2008, he raised the bureaucracy’s highest rank in the federal Govt. He has an interest in poetry and published his five books in Urdu poetry:

In 2012 his poetry Kulliyat ‘Kaye Mosam Guzar Gae Mjh Per’ containing 4-poetry books in a single volume was published. The English-Translation of his poetic collection is available in the anthology ‘Pakistani Urdu Verse’ Oxford University-Press 2010, edited and translated by Yasmin Hameed.

He is well-known in the classical genre of the Ghazal, although Izhar’s mastery in prose-poem and free-verse had been established in South Asia’s literary circles. The legendary and skilled fiction writer of Pakistan Intizar Hussein commented about Izhar that he is well-versed in both Ghazal and Free-verse.

His diction differentiates him from his contemporaries. He is among those eminent poets of the 1970s who reviewed tradition and mixed it with Historical and Islamic metaphors to describe their individuality. He is termed as an established and veteran poet with a unique ideological stance and diction.

Yasmin Hameed gave Dawn-notes reviews about Izhar’s modernistic style and called him a great trendsetter in advanced Urdu-Ghazal. His metaphorical expressions and diction keep his readers’ imagination filled with virtue and ways of the Muslim past.

He writes the columns in Pakistan’s most read Urdu Newspapers as well as abroad. He is part of Daily Dunya, Nawa-i-Waqt, Daily-Jinnah, and Jang as a regular columnist. Presently he is working as a columnist in ‘Daily 92 News.’ His columns’ topics and themes related to ethics, morality, reforms and developments, society, and the public.

He comments in a witty manner on social matters and is known for his literary-prose distinctive way and mainly his grip over the classical Persian and Urdu Literature. He writes Urdu columns with the title ‘Talakh Nawai’ meaning ‘Bitter Discourse.’

Rauf Klasra, a veteran Urdu-Columnist in the preface to ‘Talakh Nawae,’ notes that Haq’s mastery and command over the classical-literature are mesmerizing. He has the talent to use his Literary talent effectively in his work/columns.

He also occasionally contributes to ‘The News’ (Jang Group), The Age (Australia) and The Bangladesh Today, and several other International and National newspapers.