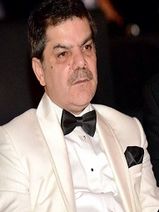 Mubashir Luqman is very famous and talented news anchor.He is a host of very popular Pakistani talk show. He was born in Lahore 1962.He starts his career with as a film producer and then he turn successful Pakistani journalist.When he become journalist he join Dunia news TV channel as host. He join Dunia news tv channel  in 2009.
He host talk show on Dunia News was “Khari Baat Luqman k Sath”.  He gets much popularity from this show and get  success from this show in very short time. Mubashir Luqman is a successful news anchor and
But the new twice come in his life that because of a very general reason. When he host talk show of Dunia news he got fire from the Dunia news channel and that’s why he planted interview with the Pakistani politician Malik Riaz who was the real estate investor and the founder of Bahria Town Karachi. After this tragedy, he changes his mind and thinks to start work with another channel. He starts his career with other channel and starts to discuss the basic issues of Pakistan problem like corruption,democracy, and terrorism etc.
Now these days the Host show on ARY News channel.Mubashir Luqman hosting a show on Dunia news channel which title is ‘Khara Sach’ which is broadcast on ARY news channel 9 PM. ARY news broadcast Mubashir show on tv live every Monday to Thursday and its repeat telecast show on tv gets online at 02:05 am. Now he is very popular and famous Pakistani news anchor.He has two children.He lives in Lahore nowadays.He prove himself in very short time and become Pakistani top and talented Pakistani host and news anchor.He hosted the Show on ARY very successfully[2]Mubashar Lucman Introduction

Mubashir Luqman was born on 11th January, 1962 in Lahore, Pakistan. He got early education from his hometown and the got admission in popular educational institution Aitchison College Lahore. After completing his Intermediate education from the college, Mubashir Luqman continued his studies and took admission in Government College Lahore. During his student life, Mubashir Luqman had proved himself as a dedicated and talented student. His skills and talent had inspired many of his teachers throughout his studies.[3] Mubashar Lucman Early Life & Education

Mubashir Luqman started his career as a film producer/director and then turned to journalism. He initially appeared on Dunya News in 2009 where he hosted a current affairs program Khari Baat Luqman Ke Saath. However he was fired in June 2012 when off air scenes of his prescripted interview with Malik Riaz surfaced on YouTube.
He then joined ARY News hosting Kharra Such, through which he revealed lies of multiple politicians. His outspoken criticism cost ARY and the channel was cut off. Luqman went to court. After winning the case, he relaunched the show on the newly launched TV channel Bol News. The network was soon banned because other channels couldn’t provide such facilities and status to their employees as BOL channel was doing. Lucman started hosting Khara Sach on Chanel 24 in 2015.Now he works on bol news[4] Mubashar Lucman Career & Family

Despite of his popularity in the journalism field, Mubashir Luqman had started his career from an advertising agency as a Copy Writer. He had worked in the advertising industry of Pakistan for several years and proved his skills through his script for the advertisement of top local and multinational brands of Pakistan including Coca Cola, Nestle and many others as well. After this, Mubashir Luqman had setup a production company of his own which developed software and content for television channels of Pakistan.
He also entered in the film industry of Pakistan through his film Pehla Pehla Pyar in 2006, as a director and producer. But the film didn’t able to attract the viewers and flopped.
After this failure, Mubashir Luqman quit the film industry and then worked in the corporate sector. During his corporate career, Mubashir Luqman had worked on key positions of several corporations like WorldCall Group, ARY Digital, NTM (First Private Television Network of Pakistan), PAKTEL and others as well.[5] Mubashar Lucman Early Career

Mubashir Luqman had started his journalism career from Business Plus channel as a host. During his first experience on the television screen, Mubashir Luqman had covered many socio economic and political problems of Pakistan. Due to his brilliant stance on several important issues of the country, he joined popular and one of the biggest media group of Pakistan Express News as a host and started his new program there. Later on he joined Dunya News as a program host and started hosting his program there.
In 2012, Mubashir Luqman had conducted an interview with property tycoon of Pakistan, Malik Riaz with his co-host Meher Bukhari. Some controversial clips of that program leaked on social media and Youtube, in which it seems that the interview was planted. After so much criticism on social media and political circle, Dunya News had fired him to avoid any further controversy. He then joined ARY News in 2012 and started hosting program Khara Sach.
During his almost 8 years journey with ARY News, Mubashir Luqman had covered many corruption and irregularity stories in different corporations and ministries of Pakistan. He had also covered a story of blasphemy attempt and attack on ISI by the biggest media group of Pakistan, Jang/ Geo news in 2014. Several episodes of the scandal were broadcasted from ARY News on that issue. Later on, Mubashir Luqman had also badly criticized judiciary for several issues and faced cases in the courts. He had also faced criticism from a popular political party of Urban Sindh after exposing their military wings and his program got banned in some cities.
In 2014, when PEMRA imposed ban on the program Khara Sach for airing allegedly baseless stories disturbing for institutions, he resigned from ARY News and joined Bol News in 2015.
He had hosted some episodes of his program “Meri Jang”, on Bol News during its test transmission but in late 2015, he resigned from the channel as a protest for non-payment of salaries to his whole team. He then joined Channel 24 as a host.[6] Mubashar Lucman Journalism Career

Mubashir Luqman stirred a controversy when his off-air discussion with real estate tycoon Malik Riaz whom he was about to interview on air in Dunya TV was leaked on the internet. Watch Video
On 7 June 2012, Pakistani real estate investor Malik Riaz secretly approached a numbers of country’s leading news channels and shared detailed information on camera to provide videos, documentation, and receipts of transferring ₨. 340-400 million (about $3.7 million) made to his fellow businessman Arsalan Iftikhar. The businessman, Arsalan Iftikhar, is the son of the famed Chief Justice Iftikhar Mohammad Chaudhry and claimed that payments were made to Arsalan Iftikhar over the several years to influence over on the Supreme court cases and National Accountability Bureau (NAB) investigations. Riaz’s statements were also confirmed by leading lawyer, Aitzaz Ahsan, who claimed to know the existence of such business meetings and payment, and also shared it with Chief Justice Iftikhar Chaudhry a while ago. Riaz also alleged that between 2009 and 2011, Arsalan Iftikhar sponsored his trips to London with credit cards to be used at his discretion.
On 15 June 2012, the behind the scenes footage showing Dunya News anchors Mubashir lukman and Meher Bukhari talking to Malik Riaz during their show surfaced on YouTube under the title “Malik Riaz Planted Interview with Mehar Bokhari and Mubashir Lukman on Dunya Tv”. The show aired on the TV channel on Wednesday. In an attempt at damage control, Dunya TV channel’s management registered a criminal case against “unidentifed” people responsible for publicising off-air footage of a controversial interview with Malik Riaz; no names were put forward as suspects. On 16 June 2012, PEMRA and Supreme Court launched full investigation against the Dunya News headed by two supreme court justices. The Supreme Court of Pakistan issued legal notices to Dunya News and its political correspondents on 29 June 2012.
The rivalry within the news channels heated up when the Aaj TV broadcast and televised the documented records payments allegedly made to the country’s top 19 senior-political journalists by Malik Riaz. The documents showed an account of favours allegedly given to these journalists in shapes of money, luxury vehicles, and property recorded in these trademarked letterheads of Bahria Town.
As a result, Luqman was fired from the Dunya TV station.[7] Mubashar Lucman Controversies