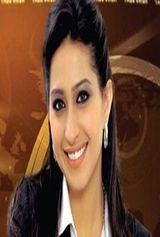 Meher Bukhari is a famous Journalist and TV host and anchor person in Pakistan. She worked with Duniya News and Samaa TV. She is a wife of famous anchor Kashif Abasi. She is talented and very honest with her work. She got so much popularity in a few years. She did many interviews of famous celebrities.[1] Meher Bukhari  biography  Meher Bukhari is famous for her firebrand arguments but she is also one of the most controversial female journalists in Pakistan. She started her career with Samaa TV but later on fired by Samma TV and she joined Dunya News.[2] Meher Bukhari She was bought up and raised in Pakistan, went abroad in pursuit of higher education, and inevitably returned. This macro, eagle’s vision view of my life, proves that life, although fortunate, has been nothing extraordinary. However, as we all know, beauty lies in the finer details of life, and mine is no exception. The most recent, ironical and beautiful being, my return home in search of my ‘nai rahain’.She is getting very popular in the youngsters these days due to his vocal quality.[3] Education and Career  Meher bukhari

She became anchor person of the program “Nai Rahei”, which highlighted the issues of the women in urban and rural areas initially. Later on the focused of program was shifted on issues of Pakistan’s society and its problems.Mehar came in the limelight when a fake footage in her program in which Tribal areas Taliban lashed out a young girl publicly on the pretext of illicit relationship with a man.The program gained reputation with obvious high rating and become leading topic of every TV channel and newspaper.Though the video provided by Samar Minallah was later declared as faked by the court of law since there was no such incident reported by police however its impacts were widespread at the time it was raised.

Meher Bukhari is Brave and sharp. She Knows every thing about Pakistani Politics and Know how to get to the Point.

Famous Female anchor of Samaa Tv is no more on Samaa TV. She was fired by Samaa TV. This is not much confirmed that either she left or she fired. Mehar Bukhari, who was running show with the name “News Beat With Meher Bokhari” which has got wide popularity in TV viewers.She got better offer from another channel. She fired due to Salman Taseer case. Many people say that she is one of the media person because of whom Salman Taseer’s Blasphemy issue became media News.
Other than all this, she don’t need to fear as she has very huge viewership market in Pakistan. We also heard that she may join Express TV or AAJ TV.[4] Meher bukhari as a host

Meher Bukhari is touching every heart and one just goes to remember “Madhuri”on seeing her for the first time.[5] Mehar Bukhari like madhuri
Crossfire at Dunya News
Mehar Bukhari joined Dunay TV in May 2011 against handsome salary of more than one million rupees. She started conducted her  show “Crossfire” after couple of months and continued to hold talk shows on national political issues to play a vital role in making public opinion through leading news channel.[6] Crossfire at dunya news

Her Interview with Imran khan and especially his intro for Imran khan was fantastic, it says “There are only three ways to get famous in Pakistan, either you are a politician or you are a philanthropist or you are a cricketer but Imran khan is combination of all three”.No Doubt, Meher Bukhari is a rising talent and is a new star in Pakistani electronic media. Meher Bukhari married with Kashif Abbasi recently.Kashif Abasi is a Pakistani journalist, television talk show host and anchorperson based in Islamabad.He hosts the current affairs talk show Off the Record on ARY News.Her husband is considered though a decent anchor .Meher Bukhari was looking stunning with her heavy embroidery wedding Jora.