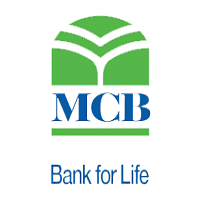 MCB Bank is a Pakistan based multinational-commercial bank. Maybank and Nishat Group own majority shares of MCB. It was founded to offer banking facilities and services to South-Asia’s business community. Mian Muhammad Mansha is serving as chairperson of MCB and Imran Maqbool as president.

In 2005 bank management made an abbreviation of its name from ‘Muslim Commercial Bank Ltd’ to MCB Bank Ltd to explore Intl markets. The bank shifted its head office from MCB Tower Karachi to MCB House in Lahore at Jail Road. This article contains all the information about the Bank, including MCB Bank History. 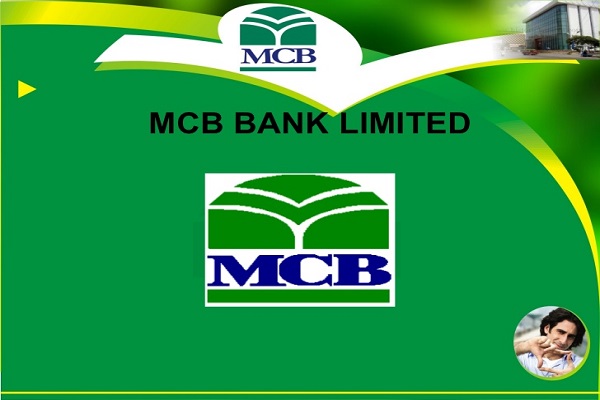 Adamjee Group established this bank on 9th July 1947, and in 1974 it was nationalized during Zulfiqar Bhutto’s Government. It was 1st bank to get privatized in 1991, and a consortium of corporate groups headed by Nishat Group purchased this bank.

Its name was changed from Muslim-Commercial Bank Ltd’ to MCB Bank Ltd in 2005, and the cause behind this change was the popularity of the bank with the name ‘MCB’ among the public and clients, and people used to call it MCB instead of the full name.

The Maybank announced a twenty percent share in MCB in 2008 and purchased more than Ninety-Four million shares from ‘Nishat Group.’ MCB set up its Islamic Banking in 2000 and opened its 1st branch in 2003. The network of Islamic Banking was grown to thirty-four branches in 2014.

In 2015 the bank established its subsidiary bank with the name MCB Islamic Bank (MIB). It designated Raza Mansha as 1st chairperson of the Board of Directors and Ali Mahoon as 1st President of MIB.

To become a leading and eminent provider of financial services, collaborate with customers/ clients to secure and prosperous future.

The bank’s staff consists of committed professionals who provide efficient and innovative monetary/banking solutions to nurture and create long-term ties with their clients/customers. And in doing so, the bank ensures that their investors could invest with trust and confidence. All the bank employees should follow this code of conduct: 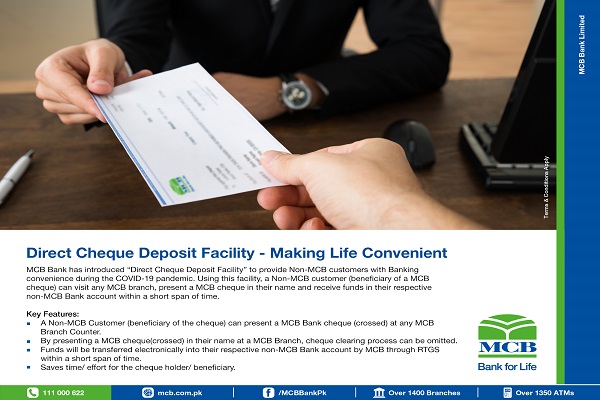 MCB is investing in the agricultural sector of Pakistan since 1973. Because of an extended network of branches and competent staff hired in branches, the bank fulfills farmers’ financing needs in all parts of Pakistan and improves productivity.

Financing by MCB is accessible for the short, medium & long term. The finances depend upon the choices of farmers and the nature of finances. Farmers are directed to seek help at the nearest branch of MCB for facilitation and information.

They are provided to individuals to protect their valuables, operated in privacy or at their own branch.

MCB Bank Ltd realizes its responsibility to emerge as an institute that recognizes its environmental and social obligation and is continuously striving to create awareness among stakeholders, efficiently running its operational procedures via different policies.

The bank’s main focus is on providing a healthy and safe workplace, conserve energy and protect the environment via management practices and appropriate technology. Following are salient features of the Bank’s policy:

The bank administration believes that a combination of innovativeness, intellectuality, and diversity that its employees possess is an ideal recipe to achieve continued and exemplary success.

So, the bank provides its employees the broad frame-work and empowers them to take initiatives and steps beyond their known potentials. Individuals go through the following procedure to get appointed: 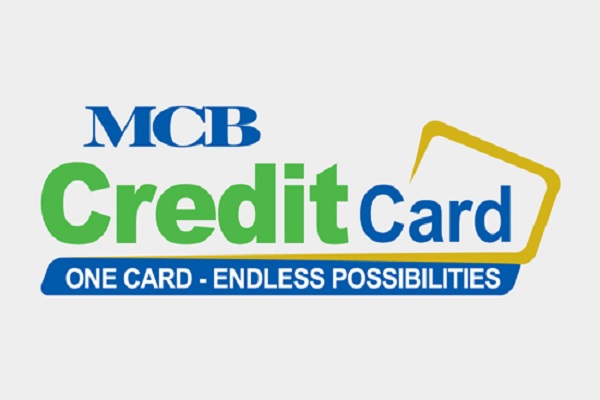 MCB encourages seasoned and competent individuals to manage the grand challenges of the business and banking world. However, the bank values intellectuality and diversity of qualified people from all professional backgrounds and industries that meet the job profiles.

The bank recognizes and appreciates the experience and skills of individuals seeking job opportunities in this bank. This assessment is largely based on personal skills and formal discussion. All discussions at senior and middle management levels are directed towards recognizing future succession & mutual benefits for both bank and applicants.

The bank has a well-equipped, experienced, and skilled team of trainers dedicated to training employees in soft and technical skills, enabling them to play their part in the bank’s growth.