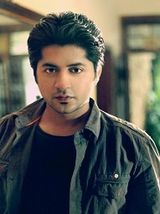 Imran Ashraf is an accomplished and amazing Pakistani actor who is surprising everyone with his phenomenal acting in every serial. Other than an actor, he is a writer too who puts his thoughts on paper. Imran is currently one of the most cherished actors of Pakistan whose popularity is increasing across the globe because of his character ‘Bhola.’ This article contains all the information about Imran, including Imran Ashraf Biography and Imran Ashraf Dramas. It wouldn’t be wrong to call this young guy an epitome of perfection who always acclimate himself into the character whatever he plays. He is best known for portraying the character of Bhola that won the hearts of people, and Imran got immense acknowledgment from everywhere. Imran is the most humble actor who knows how to impress people with his simplicity and talent. He is likewise a fine writer who has just started wring dramas.

He was born on 11th September 1989, in Peshawar. Later Imran moved to Karachi and currently resides there with his family.

Imran belongs to a simple and non-artistic family. No one from his family belongs to Showbiz. In 2019 he got married to Kiran Ashraf. The couple is blessed with a son Roham Ashraf.

Imran started his career with acting and gave hits after hits is now experiencing something new. He is trying his luck in writing as well. He has done it all and is now making his waves in a writing field. In 2018 he wrote the script of popular drama serial ‘Tabeer’ and likewise got nominated as the Best writer in Hum Awards.