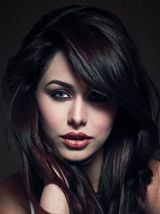 
Ayyan Ali is a Pakistani Model and singer who made her name in the Showbiz with her diligence and talent. Her career ended in 2015 she was found guilty in a currency smuggling case. Her continuous absence from the court left her empty-handed as all of her property seized by the court. This article contains all the complete information about her, including Ayyan Ali Biography. Ayyan is a big name of Pakistani Showbiz Industry who climbed the stairs of success in a very short Spain of time. She is one of those celebrities who always indulged herself into various controversies because of her boldness. In 2013 she declined to put ‘Ali’ in her name, and since then she is only referred to as ‘Model Ayyan’. She is a stunning and courageous Model and an amazing singer.

She was born on 30th July 1993 in the United Arab Emirates to Farhat Sultan and Raja Hameed.

She has only done Matriculation from the Educators School.

She started her modelling career in 2009 and worked with many famous designers, including Hassan Shehryar Khan (HSY) and many others. Her beauty and her height made her perfect for the ramp walk. Soon as she entered modeling she got nominated in different categories and also received the best Model in 2013. Other than that she got nominated several times and impressed her followers with her beauty and spectacular performance.

After fitting into the world of modelling, she strived her luck in singing and released her three songs including “Nothing like everything, “baby I just want you back”, and “making dollars”.