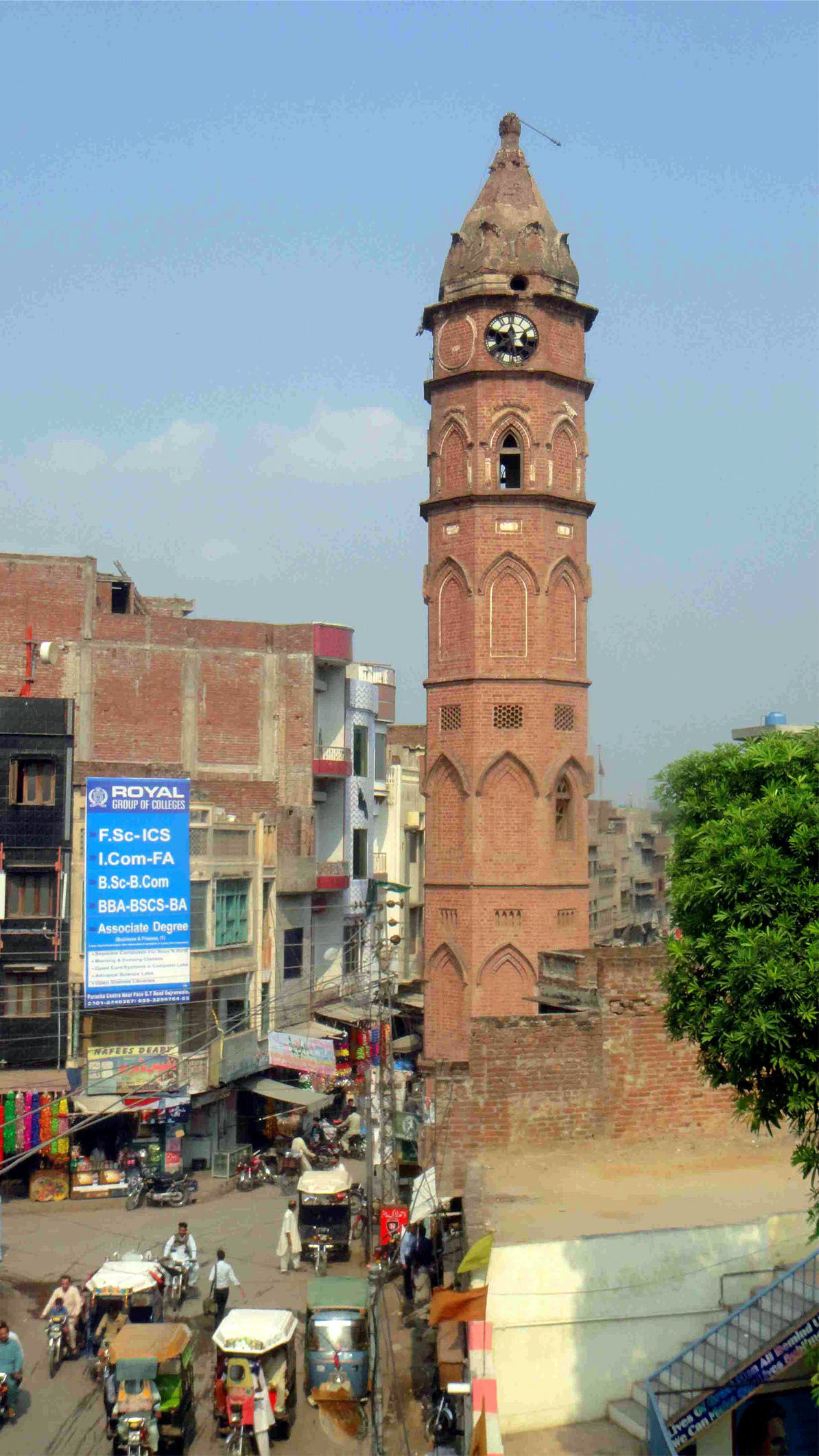 Gujranwala city appears to be 500 years old. The origin of the name Gujranwala is shrouded in mists of time. Gujranwala is 226 metres (744 ft) above sea level[1] Location of  Gujranwala  and is the seventh-most-populous of the Pakistani metropolitan areas.[2] "Population size - cities Gujranwala belonged to the Majha region of ancient Punjab. The village of Asarur has been identified as the location of Taki, an ancient town, visited by the Chinese pilgrim Hiuen Tsiang contains immense ruins of Buddhist origin. After the time of Tsiang little is known about Gujranwala til the Islamic conquests, by this time, however, Taki had fallen into oblivion while Lahore had become the capital of Punjab. The district flourished during Mughal rule, from the days of Akbar to those of Aurangzeb, wells were scattered over the whole country, and villages lay thickly dotted about the southern plateau, now a barren waste of grass land and scrub jungle. Their remains may still be found in the wildest and most solitary reaches of the Bar. The Punjab region became predominantly Muslim due to missionary Sufi saints whose dargahs dot the landscape of Punjab region. 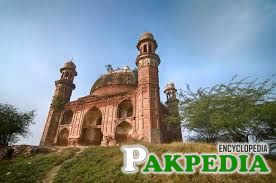 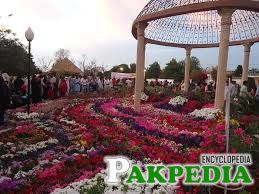 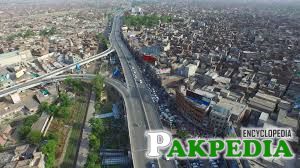 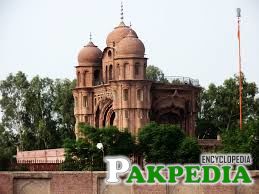 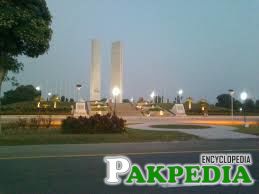 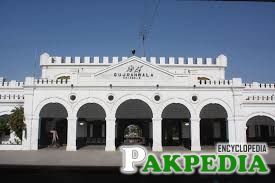 The first name of the settlement according to the compilers of the first edition of the district Gazette was khanpur Shansi after an individual of the JAT cast called Khan Shansi who founded 11 villages in the nearby area. For some reason the Jaat Tribe Gujar occupied the land. They reach such dominance that the town came to be known as Gujranwala. It seems likely that the district once contained the capital of the Punjab, at an epoch when Lahore had not begun to exist. We learn from the Chinese Buddhist pilgrim, Hsuan Tsang, that about the year 630 he visited a town known as Tse-kia (or Taki), the metropolis of the whole country of the five rivers. A mound near the modern village of Asarur has been identified as the site of the ancient capital. Until the Mahommedan invasions little is known of Gujranwala, except that Taki had fallen into oblivion and Lahore had become the chief city. ‘Under Mahommedan rule the district flourished for a time; but a mysterious depopulation fell upon the tract, and the whole region seems to have been almost entirely abandoned. The Compilers of the district Gazetteer Gujranwala date this name to Approximately 300 years, giving us a rough estimate of the middle of the 16th century .[3] History - History 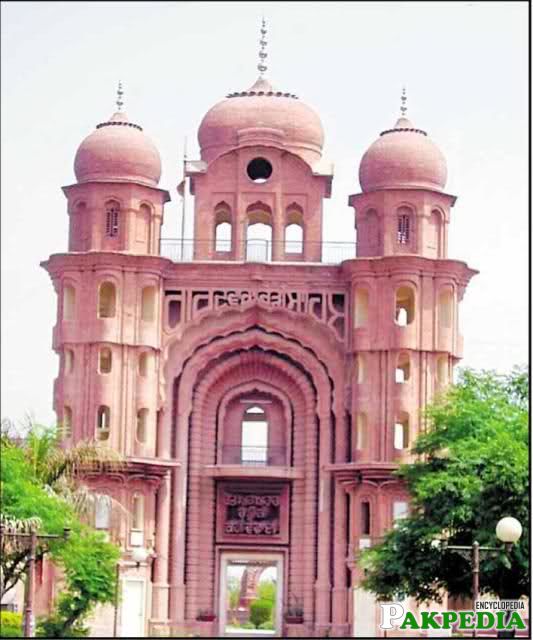 According to the Imperial Gazetteer of India, Gujranwala was founded by the Gurjars and renamed Khanpur by the Sherzai Jats of Iran who settled there; however, its old name has survived.[4] Gujranwala Town Imperial Many historians also note that the place was named for the Gurjars who ruled the Gurjara-Pratihara.In 630, the Chinese Buddhist pilgrim Xuanzang visited a town known as Tse-kia (or Taki), near present-day Gujranwala; a mound near the contemporary village of Asarur has been identified as the site of the ancient city. From the beginning of the 7th century Rajput kingdoms dominated Eastern portions of Pakistan and northern India. In 997 CE, Sultan Mahmud Ghaznavi, took over the Ghaznavid dynasty empire established by his father, Sultan Sebuktegin, In 1005 he conquered the Shahis in Kabul in 1005, and followed it by the conquests of some western Punjab region. Eastern Regions of Punjab from Multan to the Rawalpindi in north (Including region of present-day Gujranwala) remained under Rajput rule until 1193.After the decline of the Mughal Empire, the Sikh Empire ruled Gujranwala. The Sikhs dominated the Punjab after the death of Mughal Emperor Aurangzeb Alamgir in 1707. Gujranwala became important during the rule of the father and grandfather of Ranjit Singh, who were born in the city.Ranjit Singh, also born there, became the powerful of the Sikh rulers. Hari Singh Nalwa, military commander of the Sikh army, was credited with building the "new" Gujranwala.The area was captured by the British Empire in 1848.

In 1881, a railway line was built along the Grand Trunk Road to connect Gujranwala with other cities in the Punjab, facilitating trade. The municipality of Gujranwala was created in 1867, and the North-Western Railway connected Gujranwala with other cities in British India, such as Calcutta and Karachi.[5]  Imperial Gazetteer -  India Gujranwala's population, according to the 1901 Indian census, was 29,224. In 1903 and 1904, income and expenditure were Rs. 83,100 and Rs. 67,900 respectively. The chief source of income was the octroi (Rs. 59,700).

Gujranwala Division is an administrative division of Punjab Province, Pakistan and is considered the largest division of the Punjab province, taking into accounts its area and population. The division, headquartered at the city of Gujranwala, covers an area of 17,206 km2. According to the 1981 census, the population was 7,522,352, and rose by almost four 4 million to 11,431,058 according to the 1998 census.[7] Gujranwala Division

Gujranwala is 226 metres (744 ft) above sea level, sharing borders with Ghakhar Mandi and several towns and villages. About 80 kilometres (50 mi) south is the provincial capital, Lahore. Sialkot and Gujrat lie to its north. Gujrat connects Gujranwala with Bhimber, Mirpure Azad Jammun and Kashmir, and Sialkot connects it with Jammun. About 160 kilometres (99 mi) southwest is Faisalabad. To its west are Hafizabad and Pindi Bhattian, which connect Gujranwala to Jhang, Chiniot and Sargodha.Gujranwala has a hot semi-arid climate (BSh),[8]"Climate: Gujranwala   Climate  according to the Kppen-Geiger system, and changes throughout the year. During summer (June to September), the temperature reaches 36'42 °C (108 °F). The coldest months are usually November to February, when the temperature can drop to an average of 7 °C (45 °F). The highest-precipitation months are usually July and August, when the monsoon reaches the Punjab. During the other months, the average rainfall is about 25 millimetres (0.98 in). The driest months are usually November to April, with little rainfall. 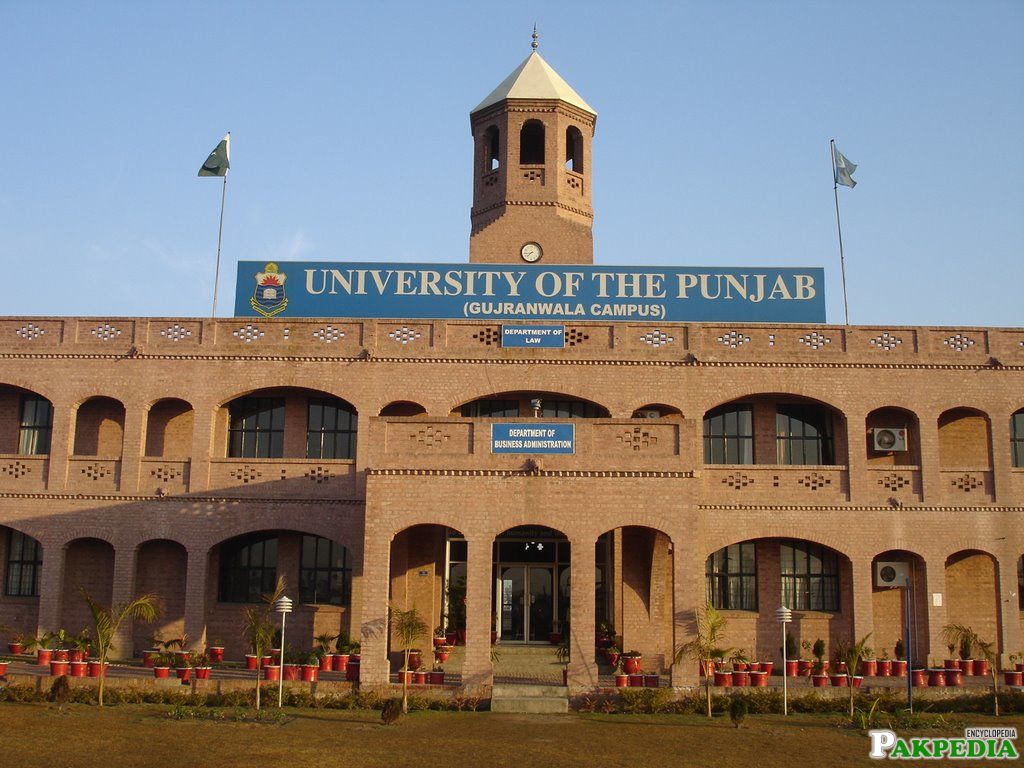 By acquiring and propagating world class education we strive to build an institution of learning where the top talent is attracted, groomed and developed to take leadership positions in the world. A culture of excellence and continuous improvement is our hallmark.It is for the first time in 123 years history of the Punjab University that it has established a teaching campus outside Lahore. University of the Punjab, Gujranwala Campus has been established with the keen interest and support of the Honourable Chancellor, Lt. Gen. (Rtd) Khalid Maqbool and Worthy Vice-Chancellor. Opening of sub-campus is in accordance with educational policy of present regime of Gen. Prevaiz Musharaf, President Islamic Republic of Pakistan who is taking keen interest in promoting education, especially higher education in the country.Gujranwala Campus is established near Alipur Chowk, Rawalpindi by-pass, Gujranwala. The building has a great resemblance with Punjab University old campus building at Lahore. It is located at a distance from city, which is easily accessible and at the same time away from busy city roads. It has an area of 22 kanals. It has 37 classrooms, administration block, one big multipurpose hall and allied facilities (such as, car-parking, canteen, book-shop and two big lawns, etc).

According to a GCCI estimate, 5,000 small and medium enterprises and 16,000 cottage units, along with a few large factories, are located in the city.[9] .dawn.com   news  The main Peshawar-Karachi railway line passes through Gujranwala district. The district is linked with Sialkot, Hafizabad and Gujrat districts through railway network.
Disclaimer: As an encyclopedia, pakpedia.pk's articles contains shared information which has collected from different sources and people. We welcome everyone for corrections and updates, Thank you.

The fall of Mughal Empire in eighteenth century sa

Larkana, the 17th largest city of Pakistan, is sit