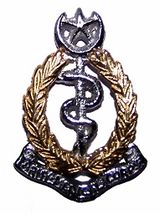 
C.M.H stands for Combined Military Hospital that is located in different cantonments of Pakistan. These hospitals, in fact, chains of hospitals are run by the Army. It aims to treat soldiers, army officers, and their immediate relatives. They are privileged hospitals, mainly due to their professionalism and highly developed support services. Though the hospitals are known as military hospitals, they are also open for civilians and the general public. It’s central headquarter is in Abbottabad, khyber Pukhtunkhwa. This article has all the information about the hospital, including Combined Military Hospital History. CMH, with its professional approach, has become a state of the art institute of the country. The hospitals are categorized into three classes depending on their function, Class A, B, and C, respectively. A brigadier is the commandant of an A-class hospital while a Colonel and lieutenant colonel is the commandant of classes B and C, respectively. Collectively, CMH’s has made some specialized health care units that include: