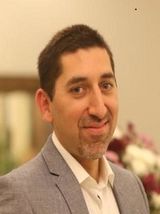 Adeel Hashmi is a famous, talented and a prominent name of Pakistani Showbiz industry who is giving his services since 1999. He belongs to a well known and talented family. This article contains the blend of information about him including Adeel Hashmi biography, Adeel Hashmi Wife and Adeel Hashmi drama list. Did you know that he is a grandson of Faiz Ahmad Faiz? Adeel is the most recognizable, observed and commemorated actor, producer, comedian, and Filmmaker of Pakistani film and drama industry. He is the multi-talented man who is in the industry since 1999. He is best known for his Television commercials especially Ufone which gained him much appreciation and popularity.

He was born on 17th July 1973 in Islamabad Pakistan. He has the dual nationality of Pakistan and the British.

He has a remarkable education period. After completing his bachelors he did MBA from the Imperial College and then went to the United States to receive his degree of Masters in Fine Arts from the Academy of Art University in San Francisco.

He belongs to a prominent and well-known family. His grandfather Faiz Ahmad Faiz is a prominent name in the list of legend poets whose poetry is still alive and is worth remembering till ages. He is a son of a legendary actress Muneeza Hashmi who remained the part of  PTV for a long time while his cousin Mira Hashmi is a former Television Actress. He is a nephew of Salima Hashmi who is a Pakistani painter, Professor, and former caretaker Minister.

He got married in 2011 to Nina Ajmal and is living a blessed life along with his 1 daughter and 1 son.

He has been subsidiary with the show business for practically more than two decades now. He began his vocation from PTV and gave an evergreen exhibition as “Luci” in Teen Bata Teen. He is additionally known for his amusing job in “Ulta Seedha” with Faisal Qureshi. The team has taken a shot at different ventures together. Adeel has additionally facilitated the TV show “Mera Teacher No. 1”. His entertaining TVCs have been a tremendous hit as well.

He has gained popularity from his every profession but his TVCs gave him much love which is over welcomed. He is famous for his Ufone comedy adds, Other than this he has appeared in many other TVCs including  CocaCola, UBL, Amrat Cola etc.

Other than Pakistani dramas he is also seen working in few Pakistani movies. His debut movie ‘Bachana’ was released in 2016 along with Mohib Mirza and Sanam Saeed which performed well on the box office. His other movie ‘Ballu Mahi’ released on the box office in 2017 which he did along with Osman Khalid Butt, Ainy Jaffery and Sadaf Kanwal.