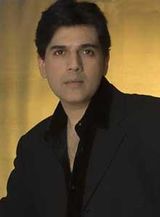 
Zohaib Hassan is an Asian pop star, singer, and producer. He is also serving as Chief Executive Officer of a media company B&H International and advisor to Governor Sindh. His elder sister Nazia Hassan was also a successful and famous pop singer. The siblings sang many songs together, and their every album and song won people’s appreciation. Their song ‘Ap Jesa Koi’ paved the way for the pop music industry in Pakistan. Zohaib married a writer Ghina. This article has all the information about Zohaib, including Zohaib Hassan Biography and Zohaib Hassan Family. Zohaib was born on 18th November 1966 in Karachi, Pakistan. His childhood period was spent both in Karachi and London.

He did B.B.A from Richmond College of London.

He belongs to a well educated Syed family. His father was an established businessman and mother, Muniza, an active socialist. His sisters Zara and Nazia Hassan also belonged to the music industry. He married a writer Ghina, and the couple has two daughters Allyana and Mia, and a son Azmeer.

After the demise of her beloved sister Nazia Hassan, he took a short break from music activities. He gave his time and concentration to their business in the United Kingdom and Pakistan.

In 2017 he released his album with the title Signature; he made this album in association with Indian ‘Saa Ray Gaa Maa’ and ‘EMI Pakistan’. This album includes the last song sung by Nazia. The album also includes proxy versions of ‘Disco Deewanay’, ‘Boom Boom’, and ‘Koi Nahe’ in the voice of Nazia. Zohaib told in an interview about this album that it revolves around his incidents and all that which he and his family faced in the last ten years. He released 1st music video of the album ‘Always on My Mind’ with the title in English and Lyrics in the Urdu language. Music video by featuring Zohaib depicts the life of a celebrity who loses his beloved family after reaching the peak of success.