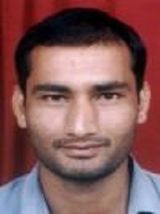 Zafar Iqbal is a former allrounder who represented Pakistan national team for ODIs in the year 1995. He was a right-arm fast-medium bowler and a right-hand tail-ender batsman. He could not play for a long time at the international level and dropped from the team only after playing eight one-day internationals. This article has all the information about him, including Zafar Iqbal Biography.

With the bat, he only scored 48 runs with the best of 18 runs in a match. Zafar did not appear in tests and T20s for the national team, and only played international cricket for one year in 1995.

Zafar started his professional cricket career in the 1990s. He made his debut at first-class and List-A that year. After some impressive bowling performances, he finally played for Pakistan in the year 1995.

He played domestic cricket from 1990-2001 and featured in a total of 72 first-class games and claimed 176 wickets at an incredible bowling average of 27.43. He registered eight five-wicket hauls at first-class cricket. His best first-class bowling figures are 7/60.

Zafar also batted well in first-class matches and got 2514 runs at a batting average of 27.03, including three centuries and eleven fifties. His best batting score was 176 runs. He also featured in 64 List-A games at the domestic level and took a total of 64 wickets at an average of 27.21 with the help of a couple of fifers.

Besides playing for Pakistan, he appeared for different teams at a domestic level, including Pakistan National Shipping Corporation, Karachi XI, National Bank of Pakistan, and the rest.

Zafar made his One Day International debut on 97th April 1995 in an ODI match against India at Sharjah. He claimed his maiden ODI wicket and scored 18 runs with his batting. Later he played his next game against Bangladesh but could not pick any wicket with the ball.

Then Zafar played his next three matches against Sri-Lanka and failed to deliver his best as he only managed to take two wickets and scored 28 runs with batting in three innings. He got his best bowling figures in ODIs in that series, taking two wickets for 37 runs.

Afterwards, he got a chance in a couple of ODI matches against West-Indies but went wicketless with no good batting performances either.

Zafar featured in his last One Day International for Pakistan on 17th October 1995 against Sri-Lanka. He scored two runs and did not get any wickets.

Zafar Iqbal was an excellent domestic cricketer with both bat and ball. He could never transform his domestic form in international cricket and could not cash into the opportunities he got in Pakistan national cricket team.