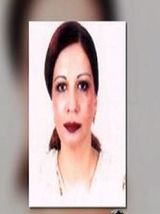 Yasmeen graduated in 2004 from Haleem Institute, Lahore. She was elected as member of the provincial assembly of Punjab in the 2008 general elections on a seat reserved for women.

Former Pakistan Muslim League-Nawaz (PML-N) MPA Yasmeen Khan was found dead at her home in Lahore on Saturday 24th March 2018. Police said the former PML-N MPA was found dead by neighbours at her residence in Lahore’s Defence. Neighbours broke into the house where Yasmeen lived alone after complaints of a strong smell from the residence. It’s believed that she died five or six days ago. “We suspect she died of a heart attack,” the police said, adding that the body has been sent for post-mortem. Further investigations into the incident are underway. [1] Death Death