By tauseefanwarMarch 5, 2018No Comments2 Mins Read 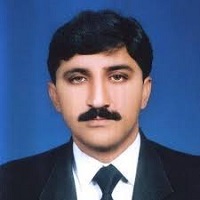 Yasir Zafar is a Pakistani politician who is currently working with Pakistan Muslim League N. In 2018 General Elections, he became the member of the Provincial Assembly for the second time. Zafar Sindhu hails from Sargodha from where he contests the elections. Before joining politics, he worked as an advocate.

He is an educated politician who did his schooling from his Hometown and later went to Punjab University from where he completed his bachelors. Zafar holds an LLB degree that he secured from Punjab Law College.

He was born to Zafar Iqbal Sindhu who served as a banker. Yasir has 2 siblings Usman Zafar and Faraz Zafar who don’t belong to Politics.

He ran for the seat of the Provincial Assembly from PP-30 Sargodha Constituency in 2018 by-poll elections as an independent candidate and successfully grabbed the seat. He served from March 2018 to May 2018.

He again ran for the Provincial Assembly seat in 2018 General Elections from PP-73 Constituency while being attached to PMLN and once again defeat his candidate.