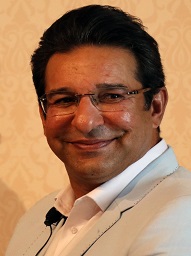 Â Â Â Â
Wasim Akram is among those few cricketers who came in international cricket directly without playing any first-class cricket before international debut. He appeared in the trials at Gaddafi stadium Lahore where the legendry batsman noticed his bowling and picked him in the national side. He also got recognized by legendry allrounder and former captain Imran Khan. He since his debut made many world-records to his name, due to his sharp swing, he is also known as â€˜â€™King of swingâ€™â€™. Â He became the first bowler to take 500 ODI wickets. This article has all the information about him, including Wasim Akram Biography. 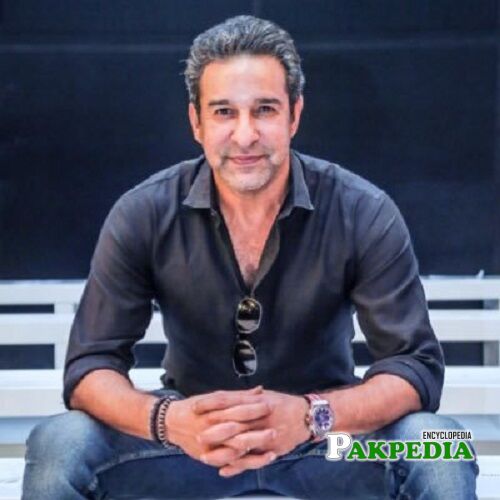 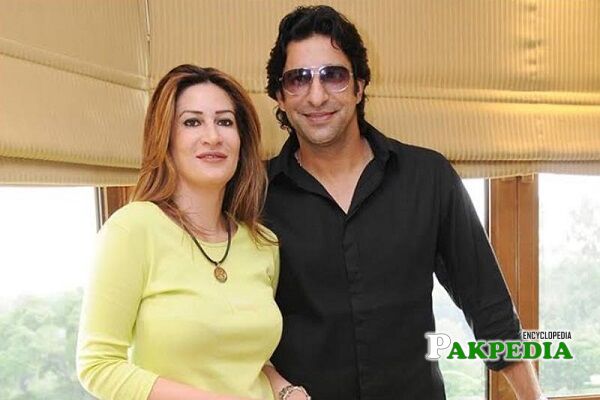 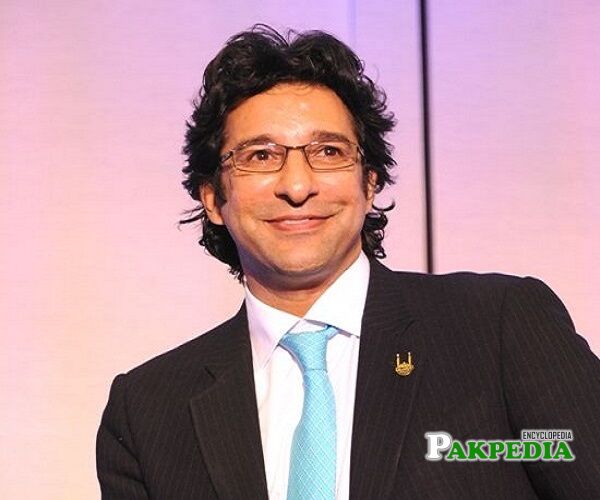 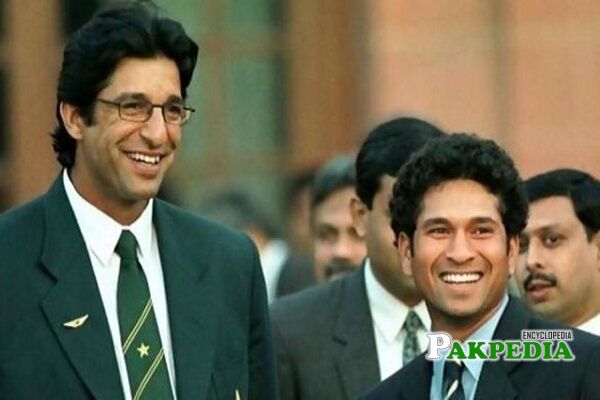 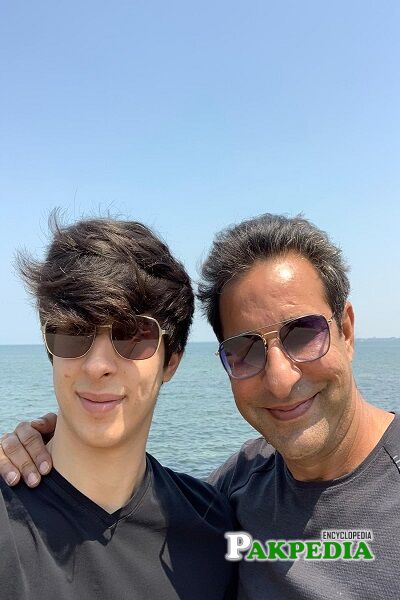 He was born on 03rd June 1966 at Lahore, Punjab. Currently, he is living in Karachi.

He got his education from Government Islamia College Civil Lines Lahore.

Wasim belongs to a Punjabi Muslim family of Arain. His father Muhammad Akram hailed from Amritsar, who migrated to Lahore after the partition. He got married to Huma Mufti in the year 1995. They had two sons before Huma lost her life in 2009 due to the failure of different organs. In the year 2013, Wasim married to Australian girl named Shaniera Thompson, who is now Shaniera Akram. The couple has a daughter named Ayla Akram (Born in 2014). Currently, they live in Karachi, Sindh.

Akram made his international debut in 1984 and played under the captaincy of legendary batsman Zaheer Abbas. He showed his class from the beginning and picked up his first five-wickets haul against Australia only in his third One Day International match. Such an outstanding startled him to be a regular and frontline bowler for Pakistan in any format for the coming years.

During his early days, Akram played in 1985-86 Austral-Asia Cup, which was played among Australia, New-Zealand, Pakistan, India and Sri-Lanka, the tournament held at Sharjah. He, alongside Leg-Spinner late Abdul Qadir, rattled the Kiwis batting line-up and bowled them out for just 64 runs in the semi-final. Pakistan won that match in 27th over very comfortably and made it as there biggest ever ODI win. In the final of the cup, Wasim took two crucial wickets against India.

Wasim had a very off world-cup in 1987. The cup played in South Asia very first time, but Pakistani pitches did not help him with his bowling as he could only get seven wickets in 7 games with an average exceeding 40.

In this series, Wasim had one excellent bowling performance against Australia, and he took 4/25 against them.

In 1989-90 Champions trophy he got his 100th ODI wicket against West-Indies. In the same match he got his first-ever ODI hattrick, he knocked the stumps and bowled all three batsmen on consecutive three deliveries. Soon on 04th May 1990, he achieved his second ODI hattrick this time against Australia and in the same fashion, knocking the stumps of all three batters.

This tournament is a pleasing history for Pakistan as the team won the final and came on top in the end. The all-round performance by Wasim Akram helped Pakistan in the final against England. He played a cameo of 33 runs of 19 balls to get Pakistan's total to 249/6. While defending 250, he bowled superbly and took three wickets for 49 runs, including the vital wicket of Ian Botham. Pakistan won the match and claimed the champions' title and Wasim came as the player of the game.

After the victory of WC 1992, he played in the total international tournament among Pakistan, West-Indies, and South-Africa. He got a fifer against the South-African team and got his 200th ODI wicket in the same match. He also played against Sri-Lanka in 1993 and took two consecutive four wickets haul. In that year, he got 46 wickets, including six four-wickets haul, the most by any bowler in any year of ODI cricket history. Akram also featured in world-cup 1996, but he left himself out of a significant quarter-final game against India, which Pakistan lost and got out of the tournament.

The 1999 World-Cup team of Pakistan was the best; they were the top of all other teams. Pakistan proved their legacy in the tournament and reached in the final very comfortably, but they got out of the final bizarrely with Australia's hands. Pakistan scored only 132 runs, which turned the match on the Australian side. In the end, Pakistan lost the final by eight wickets after this game allegation was made of match-fixing, especially against Wasim, which never proved right, and he continued his cricket.

During World-Cup 2003, Akram became the first-ever ODI bowler to have 500 wickets. He got 12 wickets in six matches of the tournament, but Pakistan could not qualify in the super-six stage of the cup. Due to the poor performance of the team, he had to retire from all forms of cricket.

In his cricketing career, Wasim had to face many difficult times. In 1993 he got arrested in Grenada in a series against West-Indies alongside few other players. They were caught to carry a drug, but soon they got released as no proof of keeping the drug came out. In 1992 when Wasim and Waqar took on English batsman in a bilateral series, the English media and some players alleged both the bowlers of ball-tempering. Before the quarter-final against India, the Pakistan team captain Wasim refused to play, so Amir Sohail led the side as Pakistan lost that game.

These are some of the bowling records made by the legendry bowler Wasim Akram.

After retirement from cricket, Wasim is working as a cricket commentator, coach, and mentor for different T20 franchises throughout the world. He also has plans to establish a world-class cricket academy at Multan. He has been suffering from Diabetes from his early thirties. He is running a welfare organization named Akram foundation to help and people aware of Diabetes.

A right-hand, top-order batsman known for his disc

Wahab Riaz is a left-arm fast bowler known for his