By fayzJanuary 7, 2017No Comments5 Mins Read 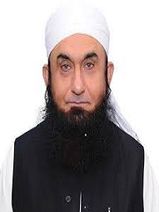 
Tariq Jameel who is popular as Molana Tariq Jameel is a famous Pakistani preacher and religious scholar. He is one of the main members of Tablighi Jamaat. Unlike most of the other religious scholars, he widely supports ethnic harmony. He has earned fame mostly due to his eloquent preaching style. Despite the differences between Sunnis and Shias, he is respected by both sects of Islam. He is the man behind the positive change in the lives of many celebrities, cricketers, and many more. This article has all the information about Molana Sahab, including Tariq Jameel Biography. Unlike most religious scholars who belong to the middle class, Tariq Jamil is the one who was born in a landlord family. If he is respected widely, it is one of these reasons that he left a luxurious lifestyle and adopted the Islamic way of life. As a preacher and public speaker, he talks about the purpose of human life, religion, and the human response towards it. Despite many controversies, he delivers lectures to all types of professionals. From 2013 to 2019, he was one of The Most Influential Muslims in the world.

He belongs to a rich family. His father was a landlord. Neither his father nor his mother is alive. One of his brothers is a heart surgeon while the other is a landlord.

Life as a preacher