By maryumtanweerJanuary 7, 2017No Comments4 Mins Read 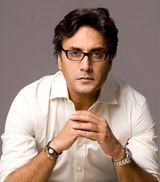 
Adnan Siddiqui is a versatile and good looking actor who is been in the industry since the 1980s and still giving tough competition to every single actor of the Showbiz. His nephew Asad Siddiqui is likewise a Pakistani actor. He has likewise worked in Hollywood and Bollywood. This article contains detailed information about him including Adnan Siddiqui Biography, Adnan Siddiqui Family and Adnan Siddiqui Dramas. Adnan is an evergreen hero of the Pakistani Showbiz Industry whose personality can grasp the attention of anyone even today. He is administering the television screens since the 1980s and has been a part of several notable Pakistani dramas and films. He is the only actor who got a chance to work in Hollywood and has represented Pakistan Internationally. He likewise owns his own production house with the name ‘Cereal Entertainment’.

He was born on 23rd October 1969 in Lahore where he grew up. Currently, he resides in Karachi with his family.

He holds the degree of Masters in Marketing while he did his schooling from St. Patrick’s High School, Karachi.

He was born into a non-artistic family where no one from his family belongs to this field. Later his nephew Asad Siddiqui followed his footsteps and is currently serving as an actor and model. His (Asad) wife Zara Noor Abbas likewise associated with the same field. He got married to Palwasha many years go. The couple is blessed with 3 children.