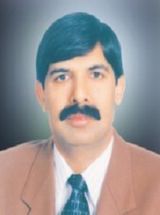 Chaudhry Tahir Ahmad Sindhu was a famous politician. He was an able and well-qualified person.He is associated with Pakistan Muslim League (N).He served as Member, Punjab Assembly during 2008- 13 and functioned as Chairman, Standing Committee on Local Government & Community Development.Chaudhry Tahir Ahmad Sindhu was a renowned politician of Sarghoda district belonging to constituency PP-30 (Sarghoda-III)). Ch Tahir Ahmed Sandhu son of Ch Muhammad Azam Sandhu graduated in law in 1985 from University of the Punjab, Lahore. He joined the Government service in 1985 and resigned in 2005, while serving as Deputy District Officer (Revenue)/Assistant Commissioner, Sialkot. He did his Master of Laws (LL.M.) during 2001-03 from University of the Punjab, Lahore.He was married and 4 childern including 2 sons + 2 daughters.His Brothers names Late Fakhar Iqbal Sandhu (MPA 2002-2003), Late Zahid Iqbal Sandhu (MPA 2003-2007), Shahid Ahmad Sindhu (Secretary in Federal Government).His specialized areas are Constitutional Law, Criminal Law, Company Law and International Economic Law. Presently, he is practicing law as an Advocate, Lahore High Court.[1]  Biography

Chaudhry Tahir Ahmad Sindhu served the Provincial Assembly of Punjab. He was associated with the constituency of PP-30 (Sarghoda-III). He was the member of Information committee. He played a significant role in the progress and development of his community.He is a humble person. He generated several fresh ideas for the improvement of information and literacy of his area.Chaudhry Tahir Ahmad Sindhu was affiliated with the right wing of the mainstream political party known as Pakistan Muslim League (Nawaz). PML-N is led by the renowned Mr. Nawaz Shareef. He was a very active member of his party. He became a voice for his people. He had raised issues regarding his constituency at the government doors. He was a great leader who wants to genuinely serve his community and nation.[2] Career He served as Member, Punjab Assembly during 2008- 13 and functioned as Chairman, Standing Committee on Local Government & Community Development. He has returned to Provincial Assembly of the Punjab for the second consecutive term in general elections 2013.

He is counted amongest the think tanks that have played a key role in development and prosperity. He is a down to earth man with influential family background. He has planned many new things for improving the level of literacy and information in his area.He has always been an active member in the party and has always voiced the concerns of his constituency at the party leadership and governmental level.[3] Key Role Chaudhry Tahir Ahmad Sindhu is an advocate by profession. He is a hardworking fellow who is known well in advocate community for his efforts and untiring resolve. He has also been held in prestige by his community advocates due to his service. He is a well-wisher of his community and his country.

Member of Punjab Assembly (MPA) Tahir Ahmed Sandhu who died of heart attack on Sunday 7 Jan 2018, was laid to rest at his ancestral graveyard in village 19-SB on Monday 8 jan 2018.His funeral prayers was attended by Chief Minister Muhammad Shehbaz Sharif and a large number of dignitaries including lawmakers Dr Zulfiqar Ali Bhatti, Barrister Mohsin Shahnawaz Ranjha, Chaudhry Hamid Hameed, Sheikh Aftab, Faisal Farooq Cheema, Dr Mukhtar Ahmed Bharat and others.Sandhu was elected from PP-30. The chief minister offered prayer and highlighted efforts of the late lawmaker for people of the area and the country. The late lawmaker was a member of the Livestock and Dairy Development, Local Government and Rural Development.[5]  Death

Former prime minister Nawaz Sharif was scheduled to arrive in Chak 19/SB, PP-30 Kotmomin, where by-election is scheduled to be held on March 4. It is the hometown of late MPA Tahir Ahmad Sindhu and Nawaz Sharif  visited Sindhu’s residence to condole his death with his family. The constituency fell vacant with the death of Tahir Sindhu. Though the PML-N awarded the ticket to nephew of the late MPA for the by-election to PP-30 but after the Supreme Court’s verdict, the Election Commission has withdrawn electoral symbol of PML-N and he is now contesting the by-election as an independent candidate against PTI nominee Rao Sajid.[6]  Nawaz Arrived in Sargodha