Syed Sadequain Ahmed Naqvi was a competent and virtuoso Pakistani calligrapher, painter, and poet. He excelled in Islamic calligraphy and painting, and this feature led to his fame. He was not limited to the art of painting; he also left deep impressions in the field of literature. He was one of the best painters and calligraphers of Pakistan, and he made Pakistan famous internationally through his art. This article has all the information about Naqvi, including Syed Sadequain Ahmed Naqvi Biography. 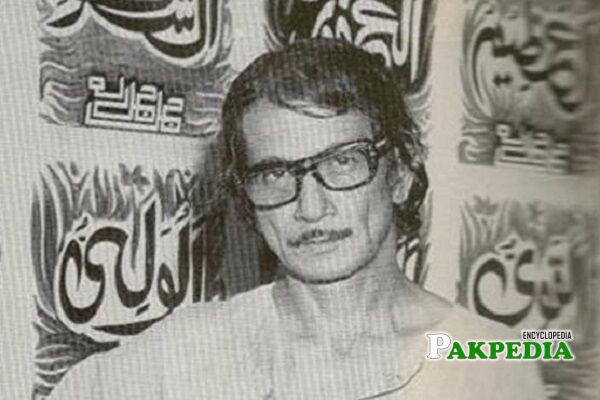 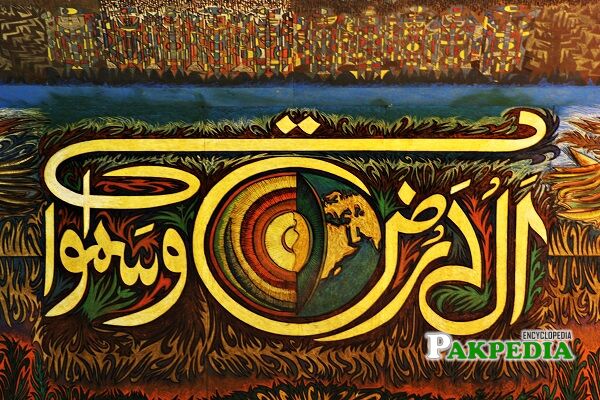 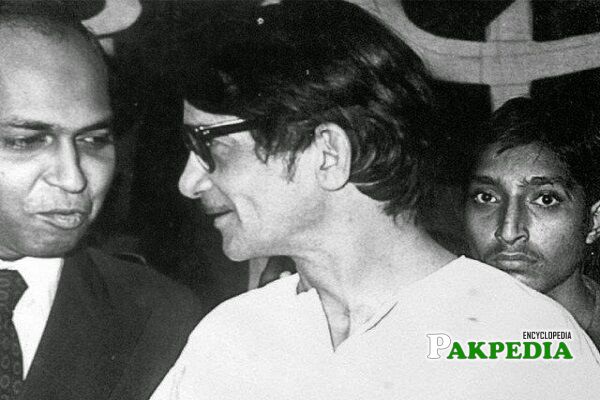 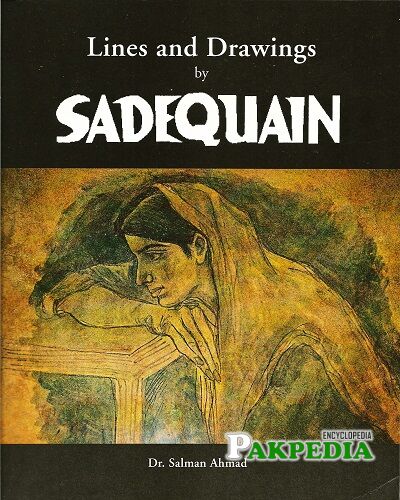 His calligraphy and painting were so unique and untouched that in his time, his masterpieces began to be imitated, and many artists made a lot of money by making fake paintings and writing his name on them. Despite substantial financial offers from families and wealthy foreigners and foreigners, he traded very little for his art.

Renowned artist, calligrapher, painter, poet, and dervish Syed Sadequain opened his eyes on 30th June 1930 in Amroha, India. After the partition of India, he came to Karachi with his family.

He received his early education in his hometown of Amroha and later did his BA from Agra University.

He belonged to a family of calligraphers. His grandfather was also a renowned and skilled calligrapher. His father, Syed Sabtain, was not a professional calligrapher but possessed neat and good handwriting. Sultan Ahmed Siddiqui, based in Karachi, is Sadequain’s nephew. He is also in charge of running the Saedequain Academy. He did not marry and preferred to remain single.

He created murals for Jinnah Hospital Karachi and Karachi Airport, which mysteriously disappeared. Apart from Pakistan and India, his sculptures on the Abu Dhabi Power House and the famous Champs Elysees in Paris are a testament to his greatness. Apart from Frere Hall, he also decorated the Lahore Museum’s roof with his works of art. He also has murals on the walls of State Bank of Pakistan, Aligarh Muslim University, National Geographical Research Institute (Hyderabad, India), Banaras Hindu University, Punjab University, and Mangla Dam Power House.
The ‘Treasure of Time’ is another of his fabulous creations, in the form of a mural, recorded in the State Bank of Pakistan, Karachi Library. In this mural, he has beautifully portrayed the intellectual and scientific evolution of every age through the imagery of all thinkers, including Greek philosophers, Arab thinkers, and European scientists. He created this mural in 1961.

The Resurgence of Islamic Calligraphy

He wrote the poetry of Ghalib, Faiz, and Iqbal beautifully and charmingly way through his painting. He also presented an illustration of the French thinker and author Camus’s The Outsider.

The world lost this gem on 10th February 1987, in Karachi. He was embedded in Karachi’s Sakhi Hasan cemetery. Before his death, he was decorating the roof of Frere Hall, a historic site in Karachi. Although time did not allow him to complete the work, with a length of 80 feet and a width of 35 feet, it is the largest ceilings painting in the world. Also called the heavens (earth and sky). After his death, the site was named after him, Sadequain Gallery.

Since its inception, this institute has conducted exhibitions of Naqvi’s artwork at California’s San Diego Museum of Art, Canada’s Royal Ontario Museum, Embassy of Pakistan in Washington, on the annual conference of APPNA ( Association of Pakistani Physics of North America) and many other locations. Foundation’s topmost aim is to set up a museum in the name of Sadequain.

Located in Karachi Sadequain’s Art Institute is an academic and artistic institute that stimulates creativity and gives its students relevant, rewarding, and intensive education in arts. Competent faculty at this institute train designers and artists in expanding their vision, building practical and theoretical foundations, and explore novel directions of imagination and expression. Since 1998 the institute has tutored over 3000 students in divergent areas of arts. Many pass outs from this institute got admission in National College of Arts.