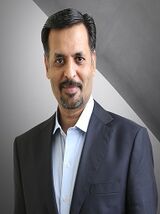 
Syed Mustafa Kamal is considered as the game-changer of the Karachi politics.  He is the founder of the Pak Sar Zameen Party. In the past, he was associated with MQM. He has remained as the mayor of Karachi and Senator. He was the one who changed Karachi into the city of life. This article has all the information about Kamal, including Syed Mustafa Kamal Biography. He was born on 27 December, 1971 in Karachi. Currently, he is still living there.

He belongs to a Muhajir Family, who migrated to Pakistan after the partition. He was born to Anis Ahmad and Jamila Khatoon. Kamal has two children

Kamal studied in Malaysia and received an associate diploma in business. He also received a degree in Marketing from the University of Wales UK.

An FIR was registered against Kamal and 24 PSP workers. The Anti Corruption Establishment said he was involved in illegal allotment of 82 acres of land in 2009 in Mahmoodabad. He said the plots were allotted to the affected people of the Line Area Project. He made it clear that he had no links with China Cutting Case

Mustafa Kamal was also accused of illegal allotment case by7 NAB. According to NAB, state-owned land in Clifton was allotted illegally. The case did not develop further.

After the establishment of his party, he clearly stated no to do politics based on ethnicity like MQM. He challenged the population census in the Supreme Court saying that the figures are lower than the real figures.  He also asked for the increase in the seats of national and provincial assembly based on new data provided by Nadra. In the campaign before the 2018 election, it was said that he continued to use the ethnic card for his betterment. He also had an appeal to Army Chief to grant one time amnesty to the youth of Karachi similar to Baluchistan.