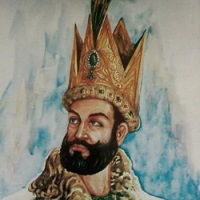 The full name of Sultan Mahmud Ghaznavi was Yamin al-Dawlah Abu al-Qasim Mahmud Ibn Sabkatgin. He ruled the Ghaznavid Empire from 997 until his death. He turned Ghazni into one of the wealthiest cities in the world. Mahmud of Ghaznavi was the first ruler in the history of Islam to take the title of Sultan and was also the first Muslim ruler who attacked India 22 times and won every attack.

He conquered India and spread the knowledge of Islam here. Sultan built mosques and, in his time, Ulema and Sufi saints filled India with the light of Islam through preaching. This article has all the details all the information about him, including Sultan Mahmud Ghaznavi Biography. 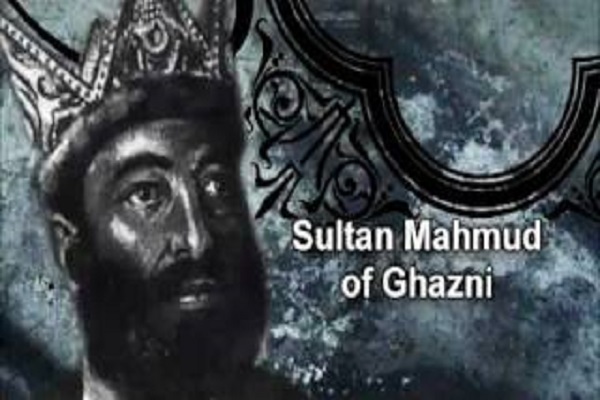 Mahmud Ghaznavi was an unparalleled ruler as a general and conqueror and a patron of science and art. Great scholars and poets were present in his court. Under the patronage of Ferdowsi, he completed the Shahnameh. He established prominent madrassas in Ghazni.

He used to spend millions of rupees annually on the aid of scholars. Sultan was a very kind Muslim who did not forcibly convert anyone and did not kill anyone off the battlefield. Sultan Mahmud Ghaznavi laid the first brick of Islam in the region by conquering the temple of Somnath in 1026, a symbol of Hindu pride.

The Hindu Brahmins begged him to protect the idol he would be given a lot of money, but he turned down the offer, saying that he was an idol breaker and not an idol seller.

He received a formal education, read books of jurisprudence, hadith, Tafseer, memorized the Holy Quran. He also wrote a book on jurisprudence at an early age.

He was six years old when his father became the king of Ghazni. At the age of fifteen, he began to take part in wars with his father and his bravery and courage began to be discussed, so Sabkatgin sent him as the ruler of Khurasan. Mahmud married Kausari Jehan and had twin sons Masood and Muhammad who became his successors.

In Afghanistan, when the Samani government was weakened, and most of its provinces released out of its hands and became independent, Subedar Abu Mansur Sabkatgin, established his sovereignty in Ghazni, in 366 A.H.

In a short time, Sabkatgin became such a powerful ruler that he began to expand his empire. First of all, he invaded Khurasan and annexed it to his kingdom. 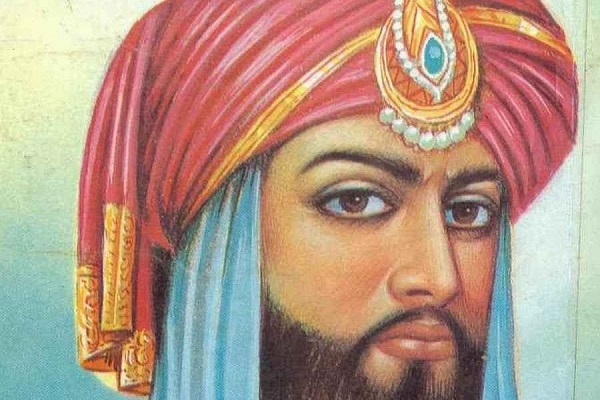 It was during this period that Muslims first entered Pakistan through the Khyber Pass. He left Ghazni and invaded other provinces, and after capturing these, his eyes were focused on Sindh. At that time, Sindh was spread over a wide area, and its boundaries were on the northern side with the border of Lahore, while Multan and Uch were considered to be part of it.

It was effortless for Sabkatgin to leave Ghazni and enter Kabul and directly into Sindh, establishing himself in Iran and its adjoining cities. The people of Sindh and India were afraid of him. In such a case, no ruler could stop or oppose him.

One day, the informants of Sabkatgin informed him that Hameed, the ruler of Multan, was providing military assistance to the Hindu kings and that he was engaged in efforts to confront the Ghaznavid rulers.

Sabkatgin got a chance to enter India, and immediately after this information he started preparing to attack Multan and invaded Multan with a Lashkar-e-Jarrar. He ran his horses and reached its borders. Hameed, the ruler of Multan, had an idea of ​​his military prowess.

He knew that he couldn’t confront Ghazni army, so he sent a message of reconciliation to Sabkatgin to avoid war. Sabkatgin forgave him on the condition and promised that he would continue to pay tribute to him every year. Meanwhile, Sabkatgin died and was succeeded by his son, Sultan Mahmud Ghaznavi.

Ghaznavi Became Successor of His Father

By the time he took over the government, the kings of the adjoining areas of Sindh, considering him an inexperienced ruler, intensified their rebellious activities and aroused in their hearts the desire to fight Sultan Mahmud Ghaznavi.

Ghaznavi’s first destination was Multan. He had no complaints from the ruler of Multan. Instead of resisting Ghaznavi, he not only warmly welcomed him but also allowed him to pass through his territory because he did not want any fight with him.

He conquered Bhatia and then moved to Ghazni. The ruler of Multan was Sheikh Abu Al-Fatah Dawood bin, Nasr. After the return of Ghaznavi to his capital, he began to ignore him, which caused Mahmud to become suspicious of him. He decided to punish him by sensing his intentions. S

o, he started preparing to attack Multan and ordered his army to cross the Khyber Pass and attack Multan. When the Afghan army reached the border of Lahore, Raja Anand Pal’s army blocked their way, and Raja Anand was ready for war. This situation was alarming for Ghaznavi, he tried to negotiate, but when the matter was not resolved in any way, the only way left for him was to end Anand pal’s government first. 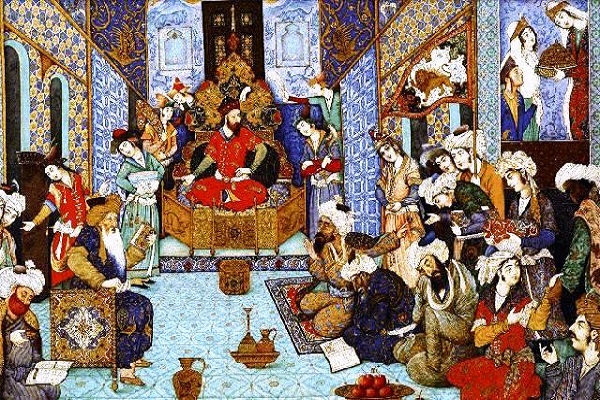 Therefore, he ordered his army to attack Lahore first and overthrow the government of Anand Pal. As soon as the Sultan’s order was received, the Afghan military attacked Lahore. There was such a bloody battle that Anand pal’s soldiers saw their defeat clearly, and they left the field.

During this stampede, many soldiers of Anand pal’s army were trampled. Instead of the staying firm, he fled.

After capturing Lahore, he attacked Multan. At that time, the condition of Sheikh Abu Al-Fatah was terrible. Fearing for his life, he preferred to close the fort in a state of embarrassment. Ghaznavi laid siege to the fort and blocked all supplies. When the food ran out there, Sheikh became worried about what would happen next.

Out of remorse, he put the sword around his neck, surrendered to Ghaznavi, apologized, and then handed over a large part of the Indus River.

Just a few months after this incident, the defeated ruler of Lahore, Anand pal, began to increase his power by uniting the kings of the neighbouring states. At the same time, he made the ruler of Multan, Sheikh Abul Fateh, his ally. Ghaznavi was keeping an eye on this situation.

After resting for a few days, he marched on Multan with full force and arrested all the rebels and rebels, including Sheikh Al-Fateh. When his authority over Multan was established, he rebuilt the Jama Masjid built by Muhammad bin Qasim, which was left uninhabited.

Raja J. Paul of Northern India had attacked Ghazni twice during the reign of Subkatgin when Mahmud succeeded his father at the age of twenty-six, J. Paul assaulted for the third time. Mahmoud severely defeated him and arrested him.

The king made grand promises and was released. In 1022, he annexed Punjab to his empire. He is a shining star of Islamic history of which the Muslims of the subcontinent are rightly proud. In the most challenging circumstances, he made seventeen consecutive attacks on India, and each time got successful. 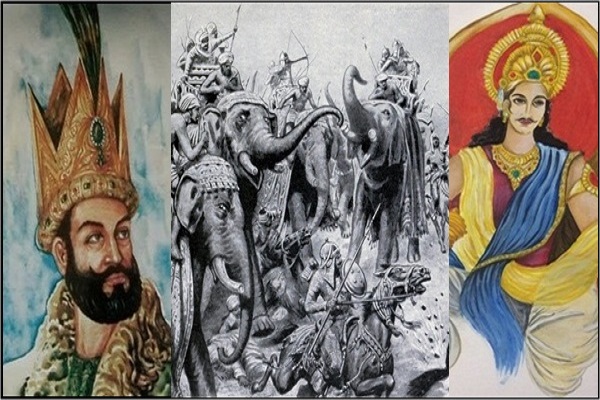 About a thousand years ago today, Mahmud Ghaznavid invaded Somnath, destroyed the temple there, and returned to his homeland with the spoils found there. This one attack has left countless impressions on the history of the Indian subcontinent.

Although this was not his first invasion of India, nor was the temple of Somnath the only one demolished by a ruler. Nor were the Muslims the only ruling class to target the Hindu temple in this way. Before attacking Somnath, Mahmud Ghaznavi had invaded Thanesar, Mathura and many other areas and had ended the Hindu dynasty in the region.

In the same way, he fought the Ismaili government in Multan and completed it. He targeted not only Hindu territories and temples but also Ismaili Muslim rulers and territories.

One of the most famous books written on Mahmud Ghaznavi is ‘Sultan Mahmud of Ghazni’ by M. Habib, a British-era professor of history at Aligarh University. In this book, he praises Ghaznavi for some of his essential works and criticizes him based on his traditions of attacks and destruction of temples. Professor Habib’s point of view is not scientific but thematic.

Views of Hindus About Ghaznavi

In the picture painted by the fanatical Hindus of he is a violent-tempered chief who loves murder. Mahmud Ghaznavi was not like that at all. He had amassed so much knowledge and grace in his time that the Islamic sultans of that time may or may not have got this honour.

He died in 1030 at the age of 59. His tomb is three miles outside the present town of Ghazni. The pages of history are adorned with his deeds.