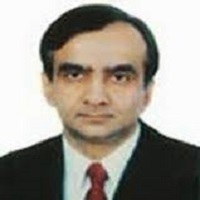 Sultan Ali Lakhani is a successful and most prosperous Pakistani businessman who has previously worked as a member of the Senate Assembly. He and his brother Iqbal Ali Lakhani are running a Karachi based company ‘Lakson Group’ since 1994.

The Lakson group comprises many companies, including food chain, call center, media, page, etc. Once, he was arrested by the NAB for asserted loan defaults. This article carries every information about him, including Sultan Ali Lakhani Biography. Sultan Ali is a Pakistani businessman who has previously worked as a Pakistani politician. He was elected as a Senator in the 1988 Senate elections on the party ticket of PMLN. He is running ‘Lakson Group’ that consists of different companies related to Technology, Food, Paper and Board, and much more.

Sultan also received Hilal i Imtiaz by Asif Ali Zardari for his services in the business field. Furthermore, he also worked as the Honorary Consul of Mexico in the past. Lakhani was once sent to jail by the NAB for being a defaulter.

He was born on 24th July 1948 in India. Later his family moved to Pakistan and started living in Karachi.

He has a degree of master’s in Economics that he received from the University of Karachi.

His brother Iqbal Ali Lakhani is likewise a businessman who is running Lakson Group with his brother. He is married and has 4 children.

He ran for the seat of the Senate Assembly in 1988 General Elections on the party ticket of Pakistan Muslim League N and fortunately won the seat. He secured the highest votes and served the tenure till 1944. In 2000 he was charged for alleged loan defaults by the NAB. After receiving loans from various banks, Lakhani couldn’t give it back. Furthermore, he was arrested for having relationships with the son of Nawaz Sharif.

After completing his tenure as a Senator, he stepped into the business profession and operated a Karachi based company ‘Lakson Group’ along with his brother. Today he is considered one of the successful and wealthiest businessmen who is the owner of many franchises.

The companies included under this group incorporates:

Apart from being the owner of all these companies, the group has collaborated with many other international companies, including McDonald’s, Colgate, and Princeton Travels.