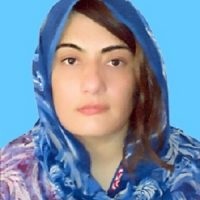 Sobia Shahid is a Pakistani politician who remained MPA of KPK for consecutive 2 terms. She is attached to Pakistan Muslim League N and is associated from Peshawar. Sobia operated for the External Body, an organization from USAID where she worked as a trainer. This article has all the information about her, including Sobia Shahid Biography.

Sobia is a Pakistani politician who served as a member of the provincial Assembly for 2 terms. She is listed as one of the strong and competent female politicians of Pakistan who always stood for women rights. She was born and raised in Peshawar. Sobia previously operated as a public safety committee member. Furthermore, in 2015 she was said to be the most productive female politician of KPK.

She is one of the educated Pakistani politicians who hold the degree of Masters.

She is married and is blessed with 3 Children.

She ran for the seat of the Provincial Assembly KPK in 2013 Elections on the reserved seat of women while being attached to PMLN and faced victory. During her tenure, she proved her worth by being the most active and strong female politicians of KPK. Moreover, she attended various Conferences and seminars and did many tours along with other members.

She again ran for the seat of the Provincial Assembly while being associated with the same party and gave defeat to her candidate.