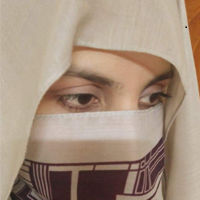 Sidra Sehar is a Karachi based Pakistani writer, Blogger, Poetess and scriptwriter who made immense fame after writing the 2020s blockbuster drama ‘Jalan.’ Before writing drama series ‘Jalan’, she has penned many other Pakistani soaps as a poet. Moreover, she earned her name in poetry on an international level.

Sidra started her writing career by writing novels. Her poetry and novels often reflect dark topics that are hard to digest. She received immense backlash after writing disturbing story ‘Jalan.’ The article carries every detail about her, including Sidra Sehar Biography. Sidra is a notable name in the writing field who despite being active for a long time got recognized in 2020 after writing a disturbing yet blockbuster drama serial ‘Jalan’ starring Minal Khan, Areeba Habib and Emmad Irfani. She was severely criticized for writing the story, yet it increased her popularity.

Sidra debut as a poet in 2017 with a daily soap ‘Amrit Aur Maya’ written by notable writer Umera Ahmad. She has worked with many famous personalities including Amna Shahid, Zanjabeel Asim Shah and others. Sidra is an internationally recognized poet who is writing for the last 22 years.

She is a Karachi based writer.

She earned a Masters degree in Urdu Literature from Karachi University in 1st Division.

Sidra started her career 22 years ago. She learned scriptwriting before starting it professionally and has been associated with many notable personalities nationally and internationally. Though she contributed a lot in writing yet many people are not familiar with her name.

She has written many Novels on different stories. Her first screenplay ‘Jalan’ aired on ARY remained the blockbuster drama serial of 2020 that left people with unanswered questions regarding the story. The story revolves around a girl ‘Nisha’ who became blind in her greed. 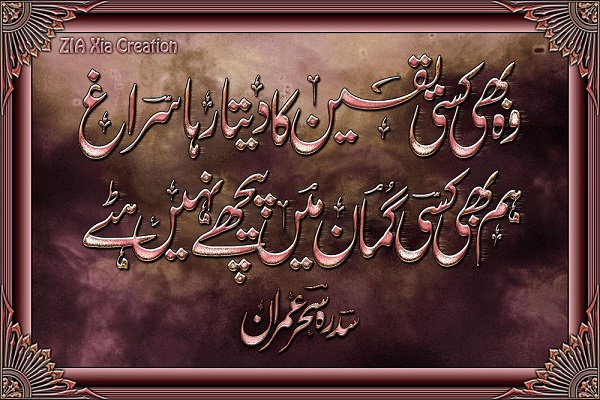 Sidra Sehar Imran has received a considerable acknowledgement in the poetry field. She is an internationally recognized poet whose poetry always reflects dark topics. In 2017 she made her television debut with Umera Ahmad’s written soap ‘Amrit Aur Maya.’ She is known for writing on dark subjects.

A few of her written novels include: