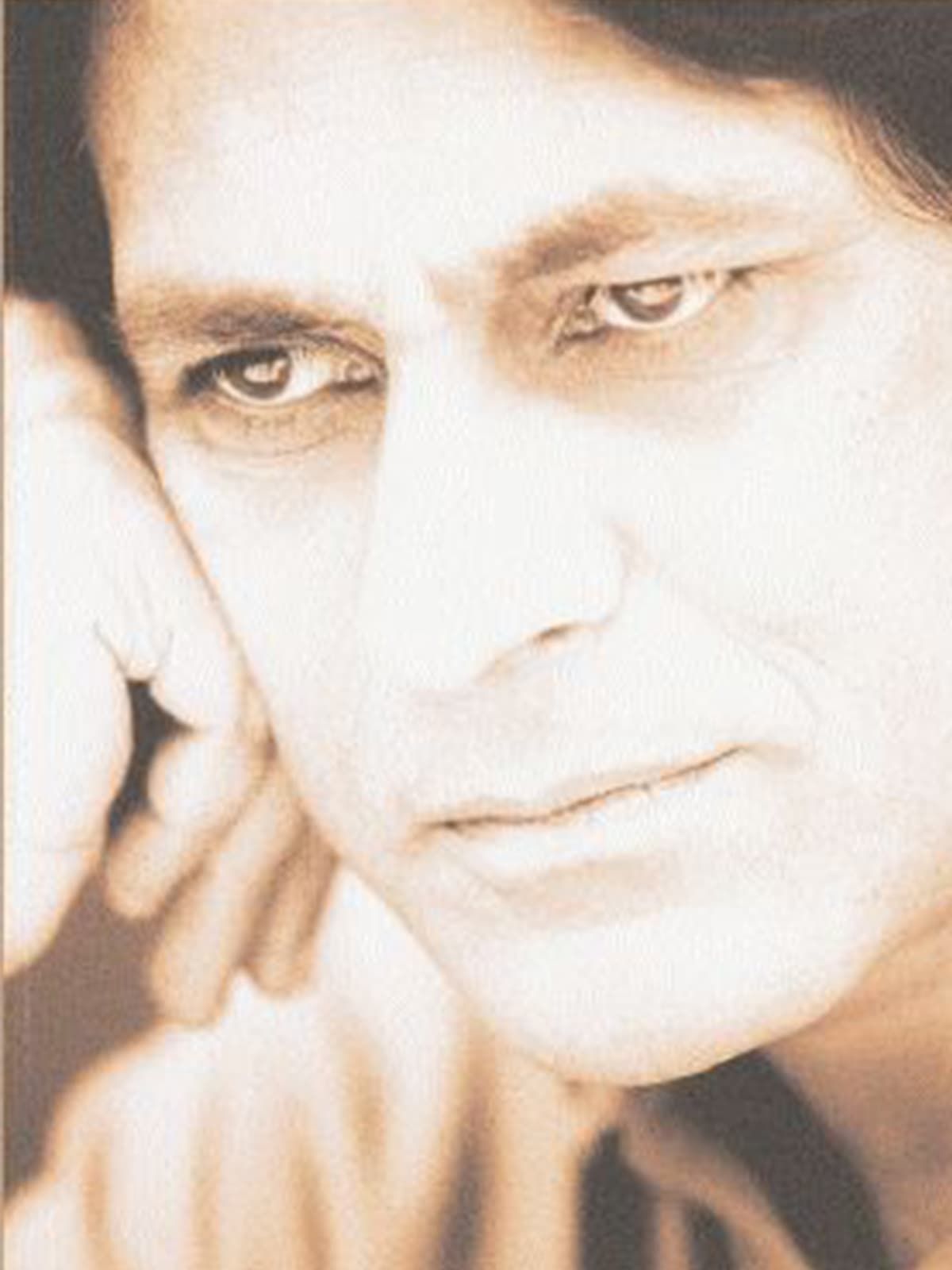 
Shoaib Mansoor or SHOMAN (as he calls himself) is a very well know Pakistani movies and television director. He is also a writer and music composer. Shoaib has done amazing job in Pakistani movies and drama industry and still serving the nation with his skills. He is among the most influential and famous figures of Pakistan.A veteran of the entertainment business, Shoaib Mansoor has enthralled audiences in this country with unforgettable productions that have become landmarks in Pakistan Television history.
The trend-setting serialised drama Ankahi, the outrageously funny Fifty- Fifty and the music nostalgia buff’s dream, Silver Jubilee, all possessed a freshness and vitality of the kind that rarely makes it to the mini-screen in this country. With these and many other memo-rable television programmes to his credit, Shoaib Mansoor has proved time and again that he is a breed apart. 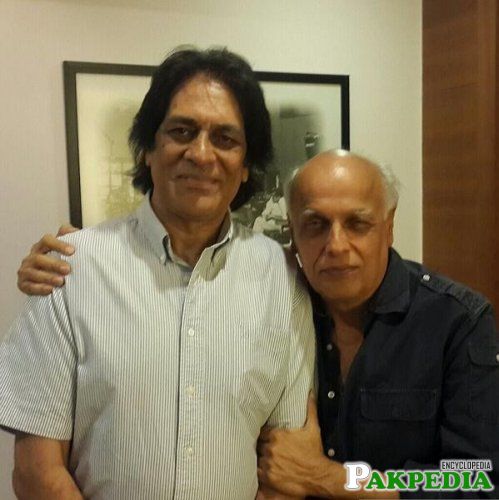 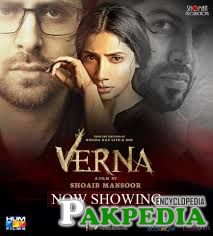 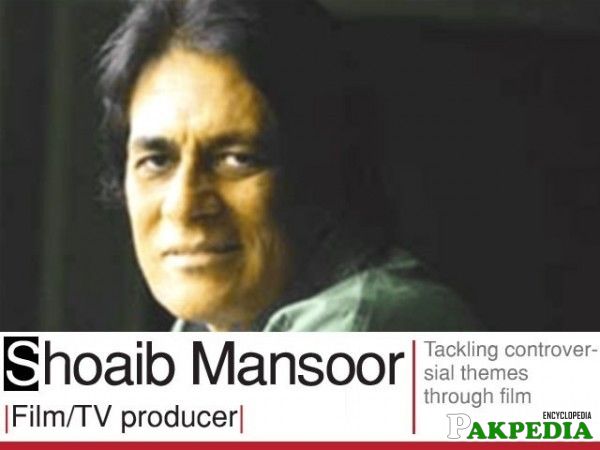 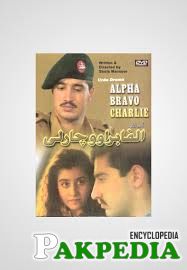 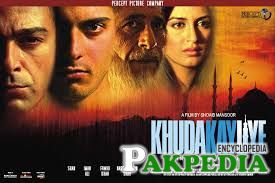 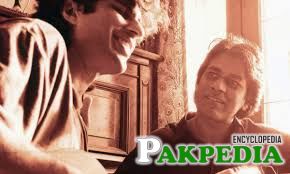 Shoaib Mansoor, (Urdu: شعیب منصور‎‎; born 19 August 1952) is a Pakistani television and film director, writer, producer, lyricist and musician. Active in the television industry since 1980, he first found success for composing and writing the song Dil Dil Pakistan in 1987, thereby introducing Vital Signs musical band in mainstream Pakistani television. he was also well recognised for directing many critically acclaimed hit drama series in Pakistani television. He became internationally known and popular for directing TV shows including the 1982 classic Ankahi, comedy series Fifty Fifty (1980), and the military fiction series, Alpha Bravo Charlie (1998). Mansoor found further critical acclaim for his musical abilities, writing songs for Vital Signs in the 1990s and introduced the band nationwide. A versatile artist, he became a popular and respected film director after the release of critically acclaimed film Khuda Kay Liye (2007) and film Bol (2011). Mansoor won many awards for his work including the Sitara-e-Imtiaz Award from the President of Pakistan in 2007. [1] biography 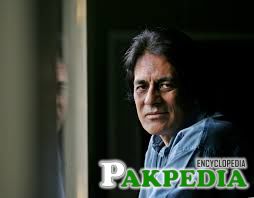 Shoaib Mansur is a very varsatile person.He has written, produced and directed hit TV shows such as Ankahi, Fifty Fifty, Alpha Bravo Charlie, Sunehre Din and Gulls & Guys, which aired on Pakistan Television Corporation ( PTV). Shoaib Mansoor has also been a successful songwriter and music composer and, in the 1980s, introduced the then-pop sensation Vital Signs to the mainstream. Besides being Junaid Jamshed's mentor, he was the backbone for his songs and composed and produced most of the Vital Signs' albums. Between 2001 and 2003, he directed the Ishq Mohabbat Apna Pan series of songs picturized on Iman Ali and Rasheed Naz. He wrote and composed a number of their hit numbers such as Aitebar. In addition, he directed all Vital Signs videos, producing a music video compilation and movie titled Geetar '93. 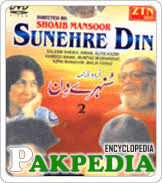 In an Interview Shoaib have been asked( You have done two serialised dramas about life in the armed forces. Is there a special reason for your fascination with this theme?) to which he replied,(It is just coincidence. When Sunehrey Din was aired in 1990, the response from viewers was tremendous. As a result, the people at the Inter-Services Public Relations ( ISPR) asked me to do another serial about the army.It is actually a sequel to Sunehrey Din. The Pakistan Military Academy (PMA) cadets who featured in the 1990 drama are now lieutenants and captains. They have completed their training and are commissioned by the Pakistan Army. I initially based the new serial on the life of officers in a single unit but when I started writing, I felt the play would be more interesting if it was not limited to a particular unit. And since Pakistani troops are frequently sent overseas, I decided to place some characters in a foreign setting. So, one of the captains in Alpha Bravo Charlie is sent to Bosnia.)[2] Bosnia 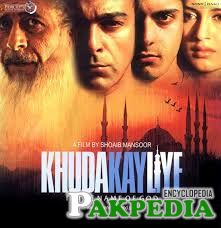 In the name of God

Shoaib Mansoor's very first movie was " Khuda k liye".Khuda Kay Liye is a 2007 Pakistani drama film directed by Shoaib Mansoor, and stars Shaan Shahid, Fawad Khan and Iman Ali in pivotal roles, with a cameo appearance by Naseeruddin Shah.The movie deals with the difference of opinion between the westernized, educated, modern Muslims and their counterparts who follow their religion and live life in the name of 'God'. An amazing fact about this movie is "Khuda Kay Liye" is the eighth-highest-grossing Pakistani film worldwide.[3] wide 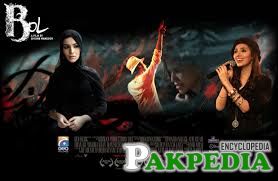 Bol (lit. Speak or word(s)) is a 2011 Pakistani Urdu language social drama film written, directed and produced by Shoaib Mansoor. The film stars Humaima Malik, Atif Aslam, Mahira Khan, Iman Ali, Shafqat Cheema, Amr Kashmiri, Manzar Sehbai and Zaib Rehman in the lead roles. It concerns a religious Muslim family facing financial difficulties caused by too many children and changing times, with a major plot involving the father's desire to have a son and his rejection of his existing transgender male-assigned-at-birth daughter. Bol was a critical and commercial success, and became one of the highest-grossing Pakistani films of all time.[4] time

Verna (lit: Or Else) is a 2017 Pakistani social-drama film; written, directed and produced by Shoaib Mansoor under his Shoman Productions. It starred Mahira Khan and Haroon Shahid in leading roles. The film released worldwide on 17 November 2017, and was distributed by Hum Films.The film is a stylised thriller drawing on elements of film noir and Japanese cinema, with a plot that falls somewhere between the 1998 Jodie Foster drama The Accused and the revenge horror Audition. Khan plays Sara, a teacher who is abducted while out on an anniversary trip with her husband, then held captive and raped for three days. After failing to get any redress from the justice system, Sara takes matters into her own hands.

Verna was in trouble

Verna, which stars popular actor Mahira Khan, was originally denied a certificate by the Central Board of Film Censors (CBFC) because of its “mature themes” and “edgy content”. This caused an outcry among women’s rights campaigners, who accused board members of censoring women’s voices and putting their heads in the sand at a time when, says Gulalai Ismail from the campaigning NGO Aware Girls, “rape is a rampant issue in Pakistan” and “movies like Verna are crucial in moving society forward.” Soon the ban had inspired a Twitter campaign under the hashtag #UnbanVerna, which emerged as Pakistan’s own #MeToo movement. High-profile supporters of the film included xXx: Return of Xander Cage star Deepika Padukone, who is facing a similar backlash over her latest Bollywood film, Padmavati, based on a 16th-century poem about a mythical Indian queen. Just hours before Verna was due for release, the censor board cleared it for viewing. The publicity around the ban meant that most cinemas were sold out before the decision had been made – something unheard of for a home production, many of which are usually dwarfed by the latest Marvel adaptation or Bollywood [5] blockbuster. blockbuster. . 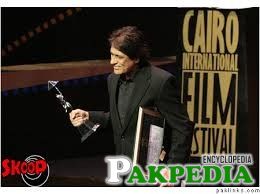 His film Bol was awarded the Best Hindi film award in IRDS Film awards 2011 by Institute for Research and Documentation in Social Sciences (IRDS), a Lucknow based Civil society for raising many social issues including the regressive attitude of a male-dominated society. He has also won Lux Style Award, Roberto Rossellini Award, London Asian Film Festival and was nominated for Asia Pacific Screen Awards. [6] Awards

Ashir Azeem is a famous television and film actor,