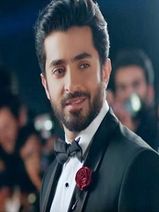 Sheheryar Munawar is a Pakistani actor, producer and host who is known for her drama serial ‘Zindagi Gulzar hai’ and movie ‘Ho Mann Jahan’. He is a nephew of director of HUM Network Sultana Siddiqui and son of a board member of HUM network Munawar Alam Siddiqui. This article detailed information about him including Sheheryar Munawar Biography, Sheheryar Munawar Family and Sheheryar Munawar Dramas. Shehryar Munawar is a handsome and the most admired Pakistani television and film actor, model and producer who is the part of the Showbiz Industry since 2012. A kind-hearted, polite and enthusiastic man has given a number of hit performances one after another and it’s not at all a surprise for his fans. He never fails to rouse us through his adaptable and multi-skilled acting in Dramas and Films. He is rumored to be dating Maya Ali but both haven’t revealed anything officially.

He was born on 9th August 1988 in Karachi where he grew up. Currently, he resides in the same city with his family.

He holds the degree of Bachelor in Finance that he attained from the Institute of Business Administration, Karachi while he did his O’levels from The City School Capital Campus Islamabad and A’levels from Southshore School.