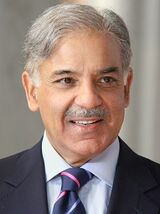 
Shehbaz Sharif is one of the most active and vibrant Pakistani Politicians. He has served three times as the Chief Minister of Punjab. In all his tenures, he made many developments in Punjab in all sectors from agriculture to technology. Shehbaz is mostly known for his speed. He is considered closer to the establishment than his brother and has always given strength to the weak relations of his brother with the establishment. His married life always remained a controversy. This article has all the information about Sharif, including Shehbaz Sharif Biography and Shehbaz Sharif Family. Sharif was born on 23rd September, 1951 in Lahore. Currently, he is living in the same city with his family.

He has done a Bachelor of Arts from Punjab University Lahore.

Sharif is one of those Chief Ministers who have developed almost every sector. These developments can be seen in health, education, agriculture, culture, technology, infrastructure, transport, and many more. Some of the major developments are;

The project was initiated by Pervez Ilahi but he gave it a practical shape. It transformed the transport structure and provided people a safe and cheap transport facility.

Rozgar means job. This initiative was taken by Shahbaz Sharif administration to provide 5000 taxis to the people each year.

It means self-employment. Under this scheme, an interest-free loan is provided to people to start a small business like shops or local businesses.

It provides free laptops to 100 thousand students who study in various educational institutes. These are given to high marks achievers.

It is a program that enriches 50000 unemployed youth with skills. The internees are also given 10000 monthly stipends.

It is one of the fantastic programs of the Punjab government. It is designed for the development of entrepreneurial companies in the Province

It was established for the defence of women. The women who are the victim can report the case and get speedy justice. It provides a medical examination, lodging FIR, prosecution, and post-Trauma rehabilitation. The centre was inaugurated in Multan.

It resulted in the reforms in the health sector. The hospital completed at the cost of 3.6 billion rupees. It is a 272-bed hospital with top medical facilities.

It is the world’s largest solar park located in Cholistan, Punjab. It produces 1000MW electricity.

It is a mass transit that cost 160 billion rupees. It is constructed on a loan that will be paid back after 20 years. It has a capacity of 250000 people every day.

Shahbaz Sharif started a management system in 36 districts. The record of more than 55.5 million people has been digitalized.

It was started in Lahore and wished to be extended to the rest of Punjab. It was intended for the safety of people. 10000 cameras have been installed in Lahore

A two-day investment seminar was held and it was decided to improve the investment pitch. It was a successful event and more than 150 MOUs were signed.

A bill was passed to prevent the children from working in the brick kilns. A monthly scholarship of 1000 rupees was started for the students with free uniforms and books.

Shahbaz as an opposition Member

In October 2018, Shahbaz was arrested by NAB in the ‘Ashiana Housing case.’ He was taken into custody and kept in a highly secured lock-up. He was accused of canceling the contract of Ashiana Housing Scheme that was awarded successfully to and Latif and Sons and awarded it to Casa Developers, a group of Paragon City private limited. It resulted in the loss of 193 million rupees. He was then released after 5 months from his home that was declared as a sub-jail.

Sharif is the author of a book named “Azm o Himmath Ki Dasthan” It is the history of the Sharif family in Business.