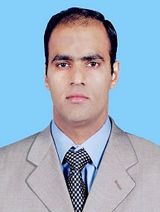 Abid Sher Ali is a politician associated with Muslim League Nawaz since 2002. He is also a successful businessman and one of the important politicians from Faisalabad. He has stayed vocal and aggressive in defense of his party. After the Panama Leakes, he would daily defend when Imran Khan severely criticized Nawaz Sharif. Ali is a nephew of Former PM Nawaz Sharif. This article has all the information about Sher Ali, including Abid Sher Ali Biography. Abid is one of the most educated politicians from Faisalabad, Punjab. He has done an MBA from the University of Punjab in 1994.

He is the son of Zuhra Begum and Chaudhry Sher Ali. His mother has died recently due to cardiac arrest. She (mother) was the first cousin of Nawaz Sharif. His father is a senior politician and former mayor of Faisalabad. He heads a group of PMLN in Faisalabad that is against Rana Sana Ullah. Abid is married. The late Kulsoom Nawaz is said to be his aunt.

Abid was born on 21 November 1971 in Faisalabad, Punjab. Currently, he is living in Islamabad.

Abid belongs to a political family. His father was associated first to PMLQ but later joined PMLN. As he had gotten a strong political background, he joined politics in 2002 general elections. Like most of the members of PMLN, it was a difficult start for him as his party was in no position to win the election. After Nawaz Sharif was sent abroad in exile by Musharraf, most of the party members joined PMLQ but he trusted his party.

In the election, he was awarded the ticket and contested some of the stronger candidates of that time from NA-84. Surprisingly, he won the election for the first time with a huge margin. He received 33455 votes while the closest candidate to him, Fazal Hussain Rahi got only 24092 votes.

In the 2008 election, his party was in a stronger position than the previous election. It was mainly due to the return of Nawaz Sharif and the poor ending to the military regime of Musharraf. Abid was given the ticket and won it against 8 other candidates from NA-84. He defeated Mehar Abdul Rashid of PPP and received 59616 votes. Rashid of PPP got 38421 votes.

In the 2018 general election, he contested the election from the newly formed constituency NA-105. He had to face Farrukh Habib who was a candidate of PTI. Abid narrowly lost the election by almost 1100 votes. He received 110907 votes while Farrukh Habib got 112182 votes and won the election.

In the Budget speech in 2018, it was reported that Abid used derogatory language about the sister of Murad Saeed. Murad was seen charging towards Abid but other lawmakers soon came forward and separated them before the situation was worst.

Abid also made vulgar remarks about Shireen Mazari in a public rally. He called her ‘tractor trolley’ a term coined by Khwaja Asif. He was severely criticized by different people on media and social media for using such language for his opponent.

In 2020, Abid was forced to leave a function in London after workers of PTI protested. It was a function of the 17th Pakistani Community Achievement award and Abid was invited as a guest. As he was called to the stage, the workers of PTI protested and asked him to leave the stage. He continued his speech throughout the noise and ended with slogans “Nawaz Sharif Zindabad”.