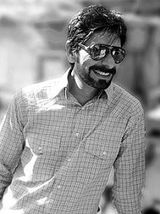 Shakeel Hussain is a hardworking and adept actor and plays both positive and negative roles brilliantly. He has not only shown his acting competency in Lollywood but also in Hollywood. He puts life into the character he plays. Because of his serious looks, he is mostly starred in non-comedy roles, and whatever get-up he adopts, he completely justifies it. He made his debut from Lollywood movie ‘O21’ and today he features in Netflix series.

As a Theater Artist
He started his acting career as a theater artist and has performed several playwrights including ‘Die Rauber by Friedrich Schiller,’ ‘Les Fourberies de Scapin by Moliere,’ ‘Karachi: The Musical by Nida Butt,’ and ‘The Boor by Anton Chekhov.’

Film ‘O21’ directed by Jaami is Khan’s Lollywood debut film. O21, i.e., ‘Operation 21’, was a Pakistani espionage thriller film. It is a 1st Pakistani spy action movie starring Amina Sheikh and Shan in the lead role and Shakeel in a negative role. In Ashir Azeem’s political film, he played the role of Moosa, an army officer, and joins Ashir Azeem’s special services group to serve his country selflessly after his retirement.