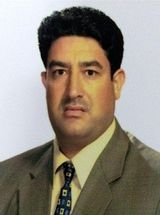 Sar Zamin Khan is a Pakistani politician.He was elected as a member of the National Assembly of Pakistan (MNA) from June 2013.He is associated with Pakistan Muslim League (N).Mr Sar Zamin is a politician from Kohistan , Kohistan is richly deposited with precious stones, minerals, thick forests and major hydro power projects Sar Zamin Khan is one of the young and aspiring members of the political party Pakistan Muslim League Nawaz. Still coming up through the ranks of the party into the political arena, he has still a long way to go.Sar Zamin Khan is a well qualified politician and without a doubt qualified enough to hold a place as a member of National Assembly.[1]  Biography He served as the Federal Parliamentary Secretary for Textile Industry.In October 2017, he was made Federal Parliamentary Secretary for Statistics.

His career in politics still a young one that began in 2013 when he was given the ticket by Pakistan Muslim League N to contest elections. Being his first time in elections he was able to win and got himself a seat in the National Assembly from NA-23.For his efforts in the party politics he was made Federal Parliamentary Secretary for Textile Industry and then later on he was appointed as Federal Parliamentary Secretary for Statistics. With his appointment to this position it became apparent that the party leadership sees a potential in him and expects great things from him in the future as well. Moreover, this appointment would have done a world of good to his confidence.

Sar Zamin Khan was elected to the National Assembly of Pakistan (MNA) as an independent candidate from Constituency NA-23 Kohistan in Pakistani general election, 2013.[2] MNA