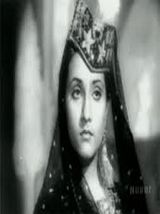 Salma Mumtaz was a Pakistani Actress, Director and Producer who ruled Pakistani industry for a long period of time. She always gave her best with her versatile acting in number of Films that’s the reason that her name is still alive in Pakistani industry even after her death. Salma Mumtaz was born in 1926 in Jalandhar, Punjab, British India. She was an actress and producer, known for Meri Dharti Mera Pyar (1970), Genterman (1969) and Heer Sial (1965). She died on January 21, 2012 in Lahore, Punjab, Pakistan. She is the mother of  super hit Pakistani actress Nida Mumtaz who is now-a-days ruling Showbiz industry with her acting and is the sister of Shimmi who is also in the field of showbiz and is a Film Actress and Pervaiz Nasir who is a producer of Pakistani Film Industry. She died at the age of 85 after fighting from a long battle of Diabetes. [1] Biography Biography

Younger sister of actress Salma Mumtaz, Shammi belonged to very poor family. Shammi (Shimmi) was introduced by director Munshi in the Punjabi film of the same name Shammi (1950), opposite Santosh Kumar, Ajmal and Shola. At that time Pakistani film industry was at its nascent stage and was generally unable to compete with the technically superior Indian films. Even then, Shammi did average business because if its soulful music composed by Master Inayat Hussain. Shammi was produced by Malaika Pukhraj and her husband Syed Shabbir Hussain Shah. Malaika Pukhraj sang an Urdu song in this film “Kia sunain majboor zindagi ka afsana”. Other popular songs from this film were “Suhe chorey walie” by Inayat Husain Bhatti and “Meri Akh  Mustani Pharhke” by Iqbal Begum. [4] Shammi Shammi

Pakistani Film Actress Salma Mumtaz who was one of the top actresses of Pakistan during her Filmy career die on 20th January 2012 after battling diabetes for several years. Her family moved to Pakistan after partition in 1947. She made her acting debut in 1960 with a Urdu Film ‘Neelofar’. She also directed and produced number of Films and always entertain her fans with her acting. Number of people showed deep condolences over the death of Salma Mumtaz. [5] Death of Salma Mumtaz

Film writer Pervaiz Kaleem said though she had been off screen for the last 20 years, Mumtaz’s character roles in different films were still fresh in filmgoers memories.
Film actress Bahar said when she entered the industry that was the last phase of Mumtaz’s career. “She was a nice woman and a good actress,” said Bahar. She said like her, Mumtaz was also known for the role of mother in films. Mumtaz played mother roles to many heroes such as Muhammad Ali, Waheed Murad, Shahid and Akmal.  [6] Reviews Reviews