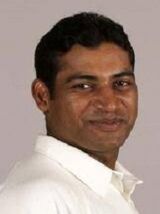 
Saleem Elahi is a former Pakistani cricketer who served as a batsman and rarely kept behind the wicket for his national team. He batted at different numbers, but he batted as opener almost most games. He was a quick runner between the wickets who did very well as a limited-overs player, but a fixing scandal led an and to his international career soon after he gained a reputation in the side. This article has all the information about Saleem, including Saleem Elahi Biography. Saleem was selected in ODI cricket based on his performance in List-A matches. He contributed in 48 games and made 1579-runs in 47 innings in ODI career with a batting average of 36.72. He scored four centuries and nine fifties with the highest score of 135-runs and took ten catches in ODI format. Saleem was also added in test format, but he remained unsuccessful in test career. He played 13 matches in which he made 436-runs in 24 innings with an average of 18.95. including a fifty in his test career.

After his early education, he completed his graduation from Govt. Postgraduate College Sahiwal in Bachelor of Arts.

Saleem belongs to an ordinary family. His two brothers Manzoor Elahi and Zahoor Elahi, have also played in national cricket for Pakistan in the past. While his nephew Babar Manzoor has also been a professional cricketer.

Saleem commenced his career from List-A cricket and then got selected for international cricket in ODI format. After that, he started playing in first-class cricket and soon debuted in test format.