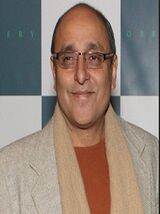 
Sajid Hasan is a confounding Pakistani television and film actor. He also has experience in direction and writing, for which he also awarded in 2005. Sajid has made his name worldwide by doing projects in Hollywood and Bollywood. His wife, Shakila Chapra, is a well experienced Aerobic trainer. This article has all the information about Sajid, including Sajid Hasan Biography and Sajid Hasan Family. He was born on 5th January 1958 in Karachi. Currently, Hasan is residing in the same city.

Hasan belongs to a conventional and non-artistic family. In 2009 during the suicide bomb attack on 10th Muharram in Karachi, he lost his only brother and sister in law who was there for jaloos. He likewise injured in that incident, yet Hasan fortunately escaped. He has 2 other sisters who are not attached to this industry. Hassan got married to Shakila Chapra, who is an aerobic trainer by profession. She runs her fitness club for a long time. They are blessed with 3 sons.

Sajid Hasan once had to go through a scalp surgery when his hair plant treatment went wrong. In a video, he shared every detail about this horrifying experience, yet he didn’t reveal the doctor’s name, who is supposed to be his friend who insisted on him for the hair plant. After this experience, he feels ill for a month due to infection. However, later Fahad Mirza, a renowned Pakistani surgeon, came forward and did his treatment.