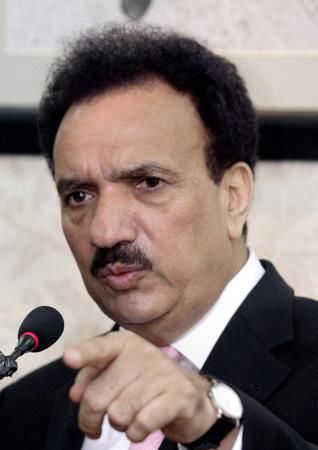 Rehman Malik is the famous Pakistani Politician and retired Bureaucrat. Rehman Malik  worked as an Interior Minister of Pakistan from March 2008-2013. He was born in Sialkot, Pakistan. Rehman Malik was the Chief of Security of Benazir Bhutto. As an immigration agent, Rehman Malik  joined the National Alien Registration Authority in 1973. Rehman Malik received Nishan-e-Imtiaz (2012). 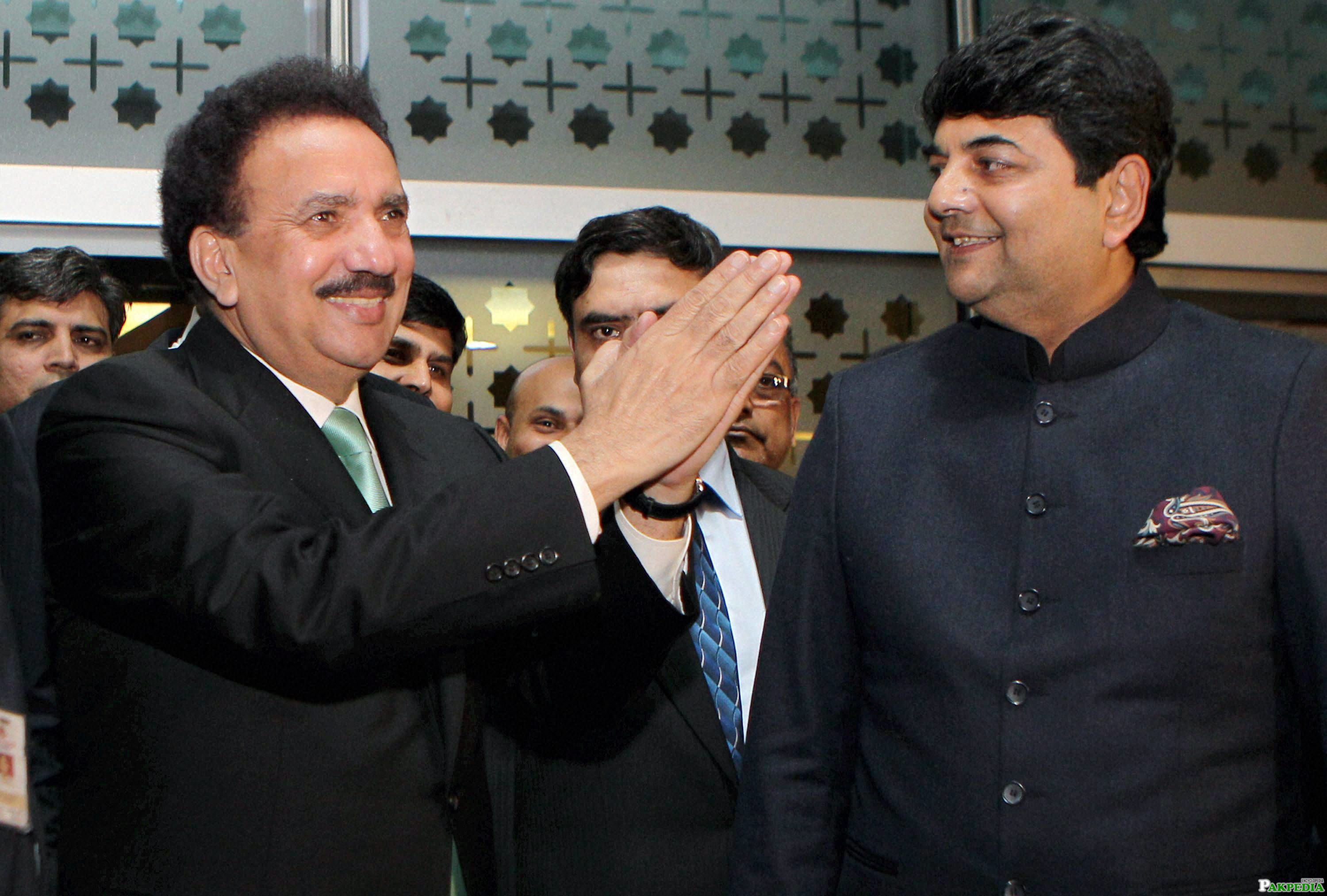 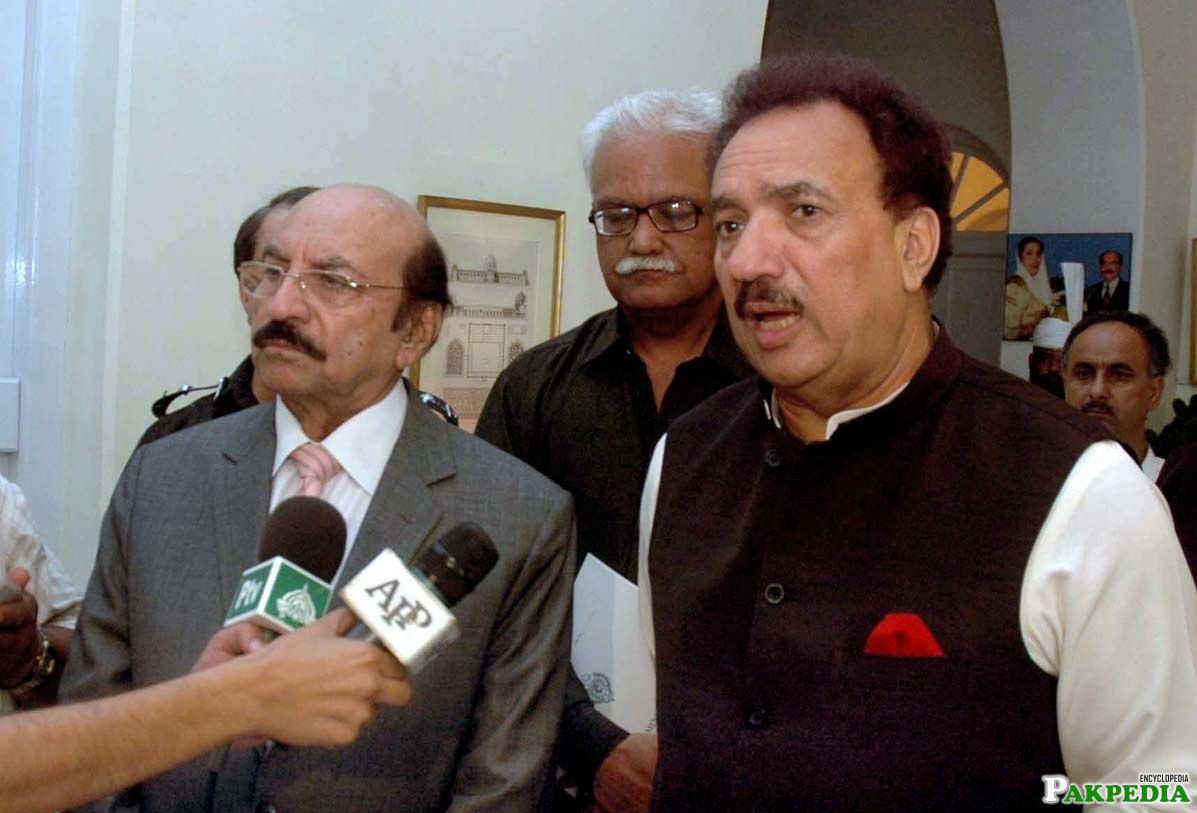 Rehman Malik with Qaim Ali Shah And Infront of Media 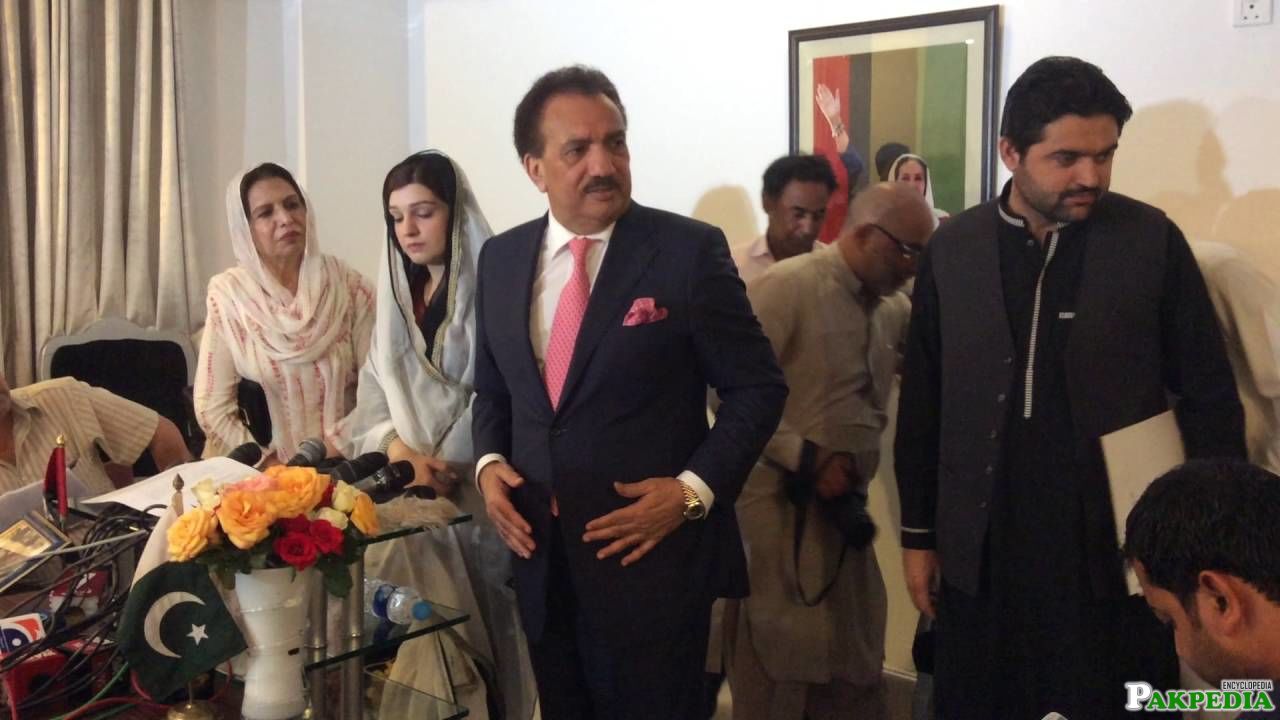 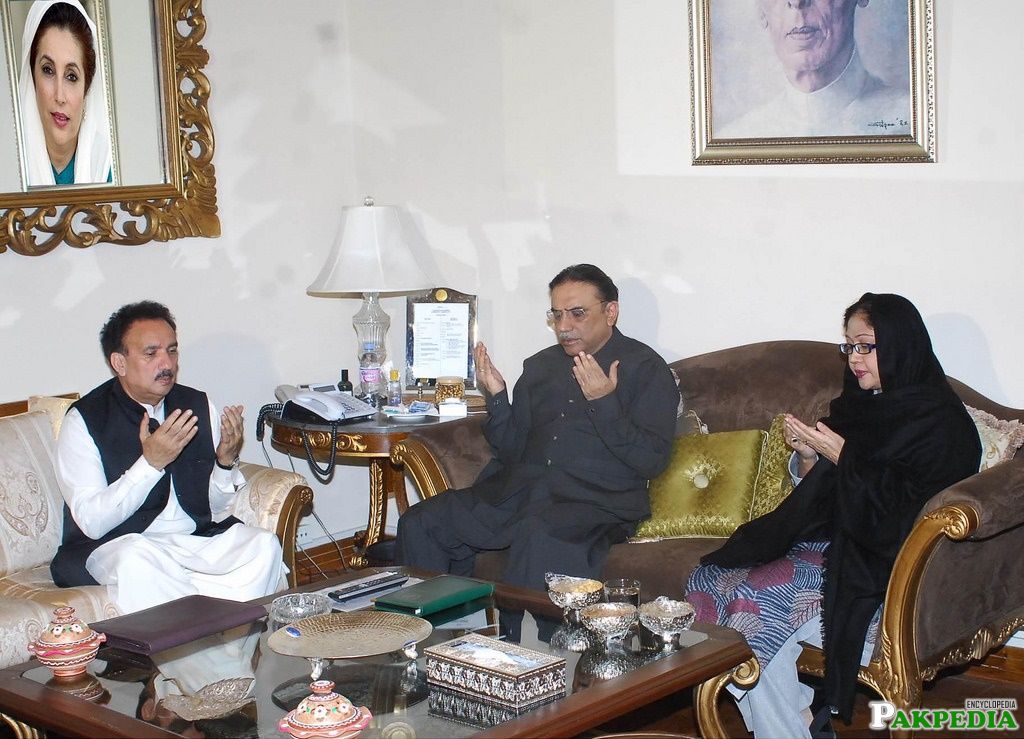 Rehman Malik born 12 December 1951 he is a Pakistani politician and Intelligence officer, former member of the Senate of Pakistan, and the former Interior Minister of Pakistan under the Prime Minister Yousuf Raza Gilani administration.[1] Pakistani Politician Rehman Malik affiliated with the progressive Pakistan Peoples Party, this diplomat and government administrator served as Interior Minister of Pakistan from 2008-2013. Earlier in his career, he had held the position of Director of the Pakistani Federal Investigation Agency.[2] B iography 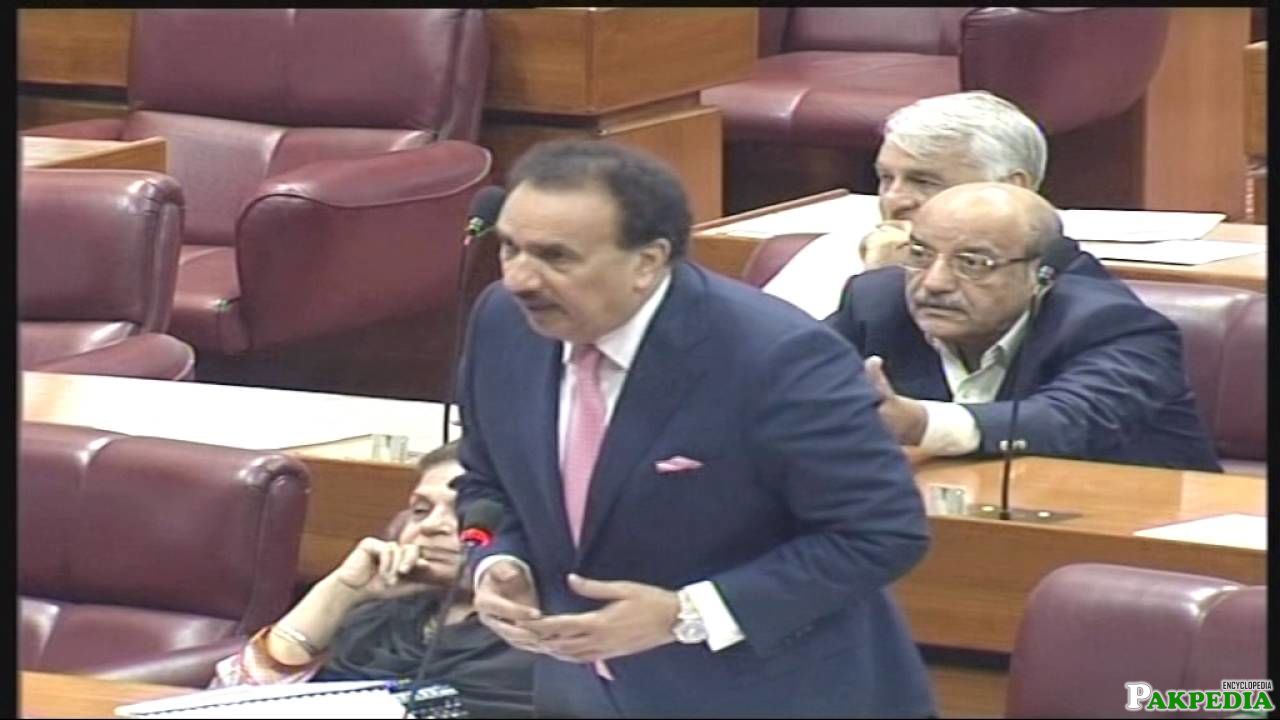 Following his 1973 Statistics Department graduation from Karachi University, he worked for a time for the Pakistani National Alien Registration Authority before becoming a special agent with the FIA (Federal Investigation Agency).[3]  Early Career 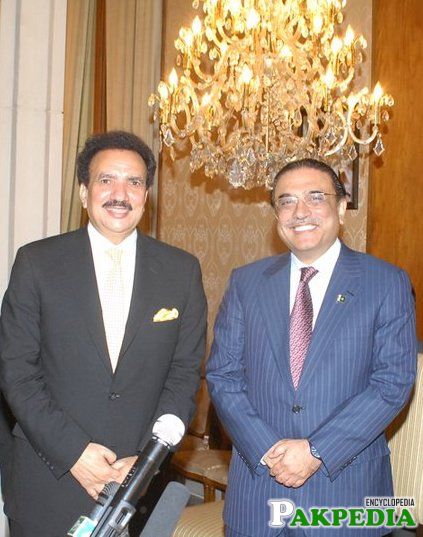 Rehman Malik began his career as an immigration officer and became the top-man in the Federal Investigation Agency (FIA) in the mid 90’s.During 26 years of active service as an officer of the FIA, he has held the post of Additional Director General of the FIA besides heading various regional offices of the department such as Crime Zone Peshawar, Immigration, Interpol and National Security Cell. He has been associated with anti-terrorism and anti-money launching operations of the FIA which have earned him recognition by the international law enforcement community. He was bestowed with the Sitara-e-Shujaat in 1995.[4] FIA

Director General of the FIA

Benazir Bhutto appointed Rehman Malik as the additional director-general of the FIA which then launched a secret war against the Islamist elements in Pakistan, which amounted to a direct attack on the Inter-Services Intelligence (ISI).[5] Director General FIA 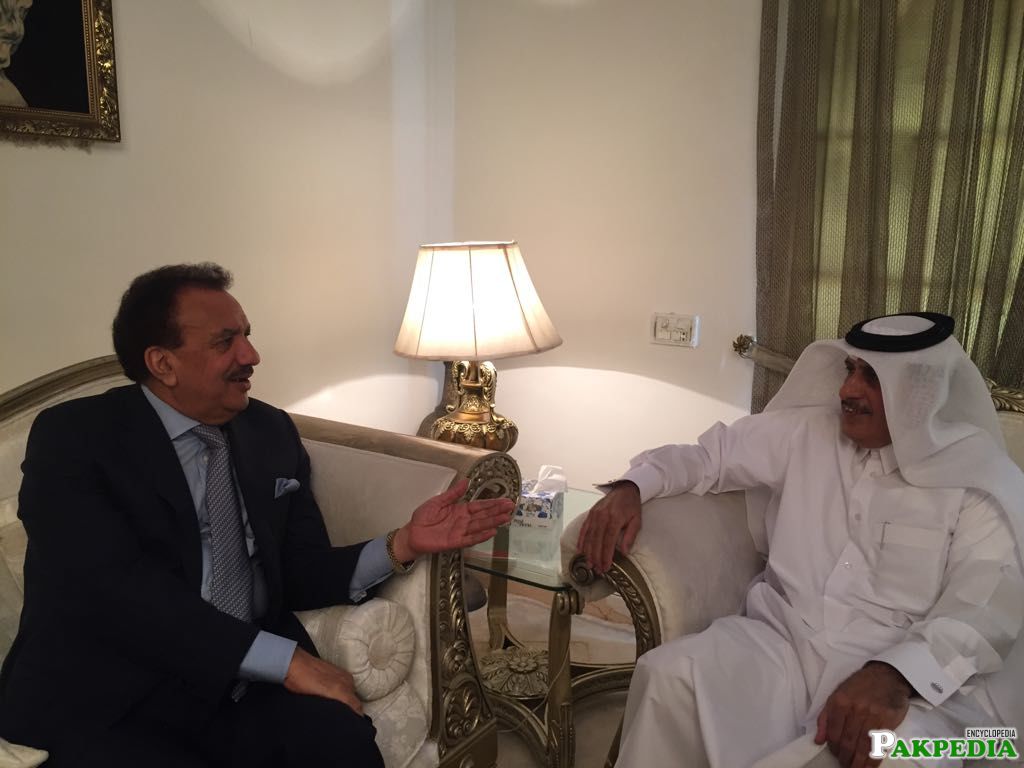 Mubarak Al Mansouri, Ambassador of the State of Qatar to the Islamic Republic of Pakistan, met with former Minister of Interior Senator Rehman Malik

He is a senior member of the Central Executive Committee of PPP and had worked for decades with Shaheed Mohtarma Benazir Bhutto and assisted her as political advisor besides assisting her in various political meetings both abroad and at home. He attended all political parties of SAARC meeting in Bangkok, Thailand in 2004 which was chaired by Shaheed Mohtarma Benazir Bhutto as PPP chairperson. 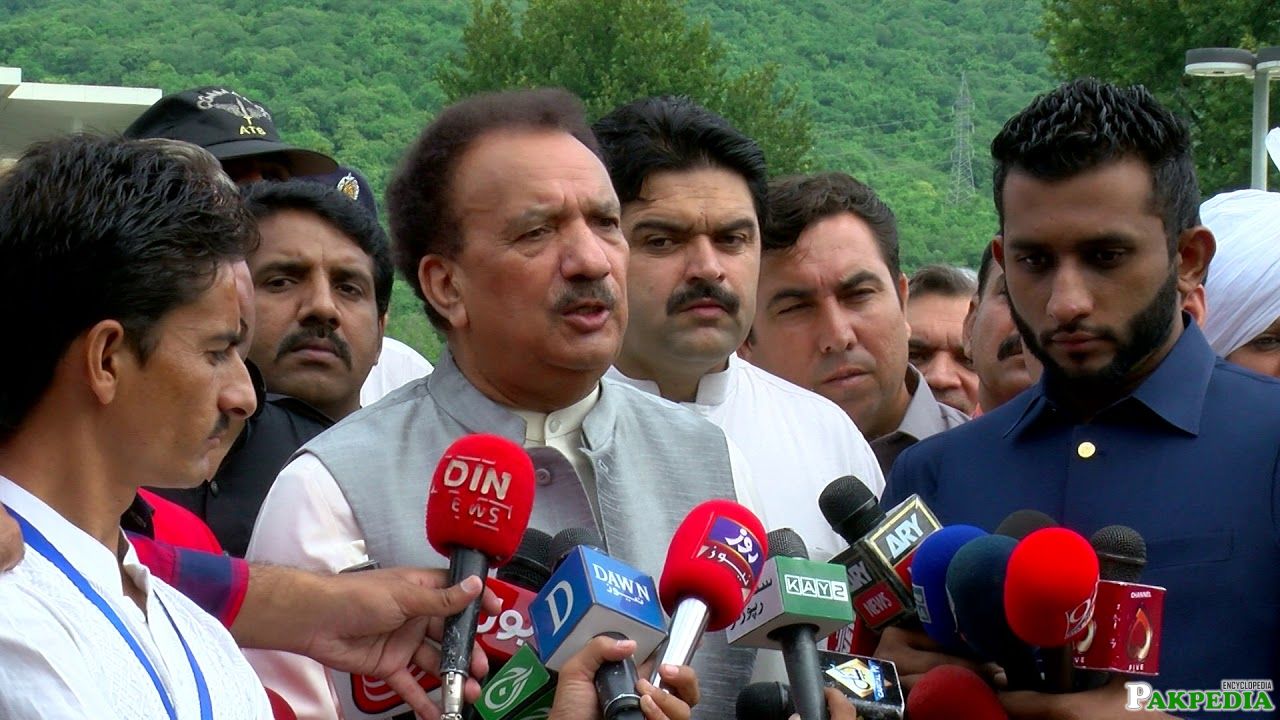 Member of the NCA concerned with Civil and Public Affairs 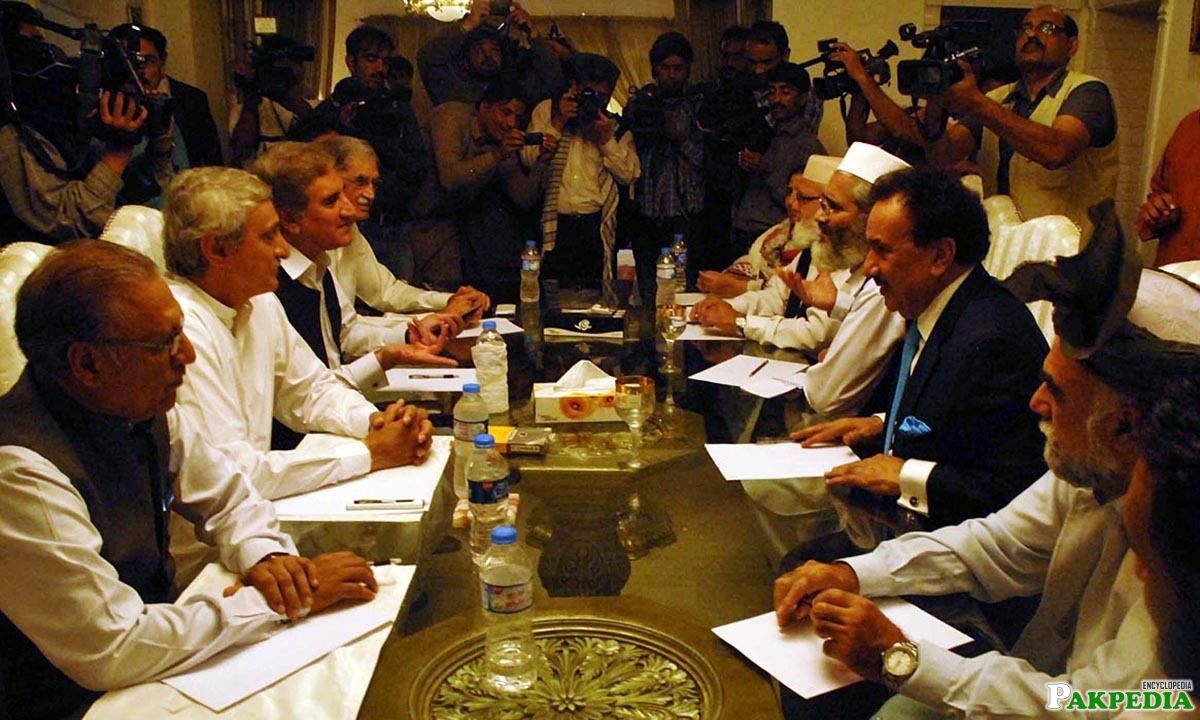 Recipient of Sitara-i-Shujaat for his brave performances in FIA. Recipient of highest civil award, Nishan-e-Imtiaz medal from the President of Pakistan - 2012.