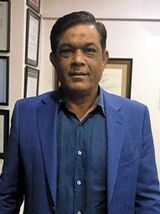 
Rashid Latif is a former Pakistani cricketer who served as a wicket-keeper batsman in the team. He was also once the captain of the national team who played six tests and 25 ODI matches as captain. Currently, Rashid is serving as a cricket coach and Analyst. This article has all the information about him, including Rashid Latif Biography. He got his early education from Arman Gov. Boys High School Model Colony Karachi. He completed his graduation in BSc in Computer Systems from NED University of Engineering and Technology along with Saeed Anwar.

Rashid initiated his career in 1986 by playing first-class cricket later; he was selected for both format ODI and test cricket.

Rashid Latif is currently serving as a director of Karachi Kings Franchise of PSL, and he is also part of board advisory in PSL.