By adminNovember 29, 2019No Comments2 Mins Read 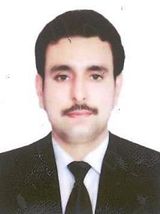 
Rafaqat Ali Gillani is a Philanthropist and Pakistani Politician who is working as a special Assistant to Chief Minister Usman Buzdar after electing as a member of the Provincial Assembly. He got married in April 2019. This article contains all the complete information about him, including Rafaqat Ali Gillani Biography. Syed Rafaqat Ali Gillani hails from Layyah is a Pakistani Politician. He elected as a member of the Provincial Assembly after contesting the Pakistan General Elections 2018. He is associated with Pakistan Tehreek e Insaf and working hard to attain the vision of Naya Pakistan that was perceived by Pakistan Tehreek e Insaf and Imran Khan. Being born in Layyah city, he is still residing there from where he contested the elections.

He did his schooling from Layyah Public School Layyah. Later he went to BZU Bahauddin Zakariya University Multan for further education.

He ran for the Provincial Assembly seat for the first time in 2018 Pakistan General Elections from the Constituency PP-284 (Layyah-V) as an independent candidate because of not being allocated the PTI ticket. He won the seat with maximum votes and became the member of the Provincial Assembly. Following the election, he joined Pakistan Tehreek e Insaf. On 11th September 2018, he was appointed Special Assistant to the Chief Minister on Auqaf and religious affairs.