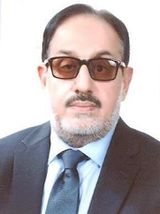 
Muhammad Safdar Shakir who holds the degree of Journalism is a Pakistani Politician elected as a member of the Provincial Assembly by contesting the Pakistan General Elections 2018. His wife belongs to the same field of Politics. This article contains a piece of complete information about him, including Muhammad Safdar Shakir Biography. Safdar Shakir hails from Faisalabad is a senior Pakistani Politician and a son of late Haji Din Muhammad. He is elected as a member of the Provincial Assembly for the sixth time in 2018 Pakistan General Elections and remained one of the dedicated Politicians. He is associated with Pakistan Muslim League N for a long time. He is married and has four children. He is likewise a businessman and an Agriculturist.

He was born on 13th January 1952 in Mamu Kanjan, a town in Faisalabad District. Currently, he is living in Faisalabad from where he also contest the elections.

He has a degree of Journalism that he acquired from the University of Lahore while he did his schooling from Govt. High School 509 GB Mamukanjan.