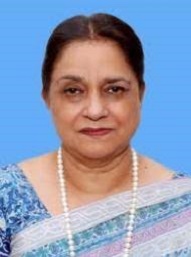 Despite the negative forces of our orthodox Pakistani society, itâ€™s a matter of pride for us that we have a handful of women who have managed to fight the male dominancy and earn a name for themselves through hard work and determination. Nasreen Jalil is one of those rare gems of our society.Nasreen Jalil is currently the Naib Nazim of the district of Karachi Sindh Pakistan. 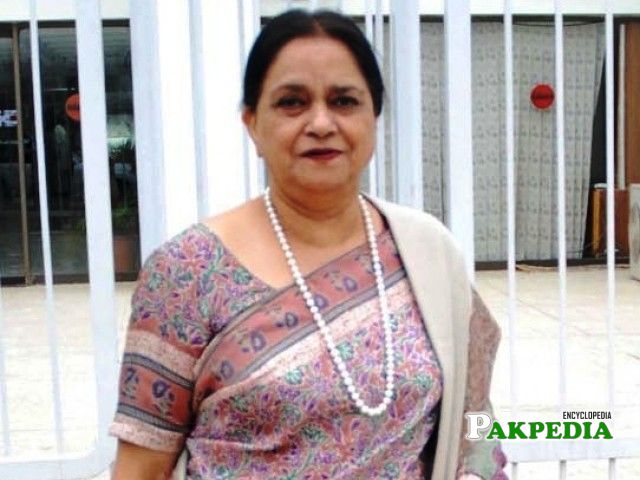 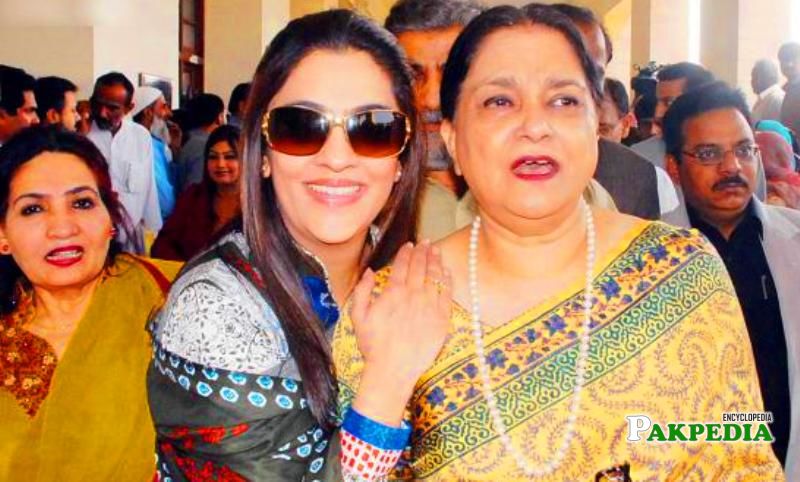 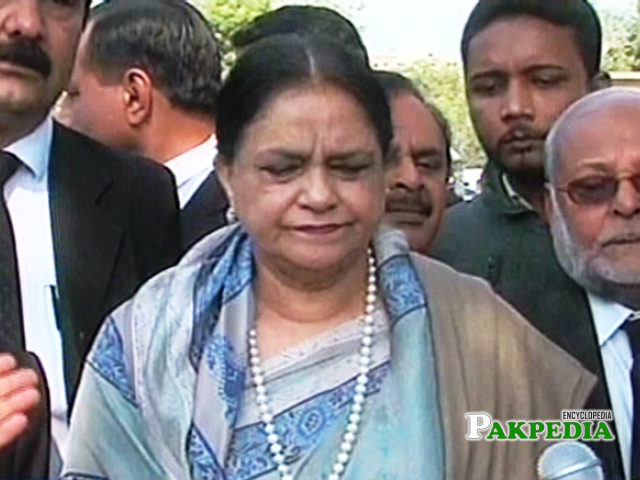 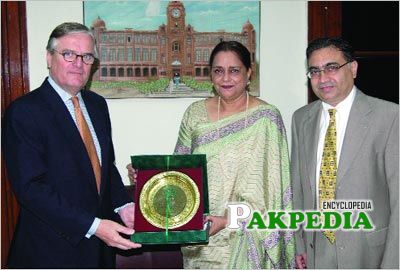 Nasreen Jalil as a Naib Nazima 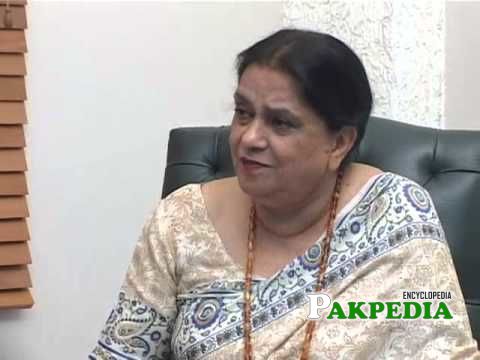 Nasreen Jalil is woman politician and Senator from Pakistan and the deputy convener of Muttahida Quami Movement (MQM).She came from a family with a sister like Yasmeen Lari, a paramount name in the field of architecture and a father who was deputy commissioner inÂ  Lahore.Her husband, M.A. Jalil, passed away in February, 2017.[1] Family She was born in Lahore.Nasreen Jalil was elected to the senate of Pakistan in March 1994 for a six-year term on MQM ticket.She was member of the Senate Standing Committees and Commerce and on Foreign Affairs, Kashmir Affairs and Northern Affairs and on Health, Social Welfare and special Education and also Chairperson on Functional Committee on Human Rights.In 2006 she was elected Naib Nazim of Karachi District.[2] Biography

She got her primary education from Adabistan-e-Soophia and then went to Savernake School of London, UK. After her return to Pakistan, she completed her secondary and higher secondary education in Karachi from 1958 to 1962. She did her Matriculation from PECHS College in 1960 then she joined Home Economics College later on she got admission in Karachi University. Her interest and aptitude for learning the Occidental languages and literatures motivated her to go to Paris in 1963 and learn the French language. She came back to Pakistan after a year, rejoined Karachi University and completed her Honors in English Literature in 1966.Along with her masters in an international language, Nasreen Jalil is also a licensed Commercial Pilot. She learned to fly at Aero Club and then later, taught there as well.[3] Education

She started work from the grass-root level of the party and gradually was assigned different tasks, including correspondence in English and taking out twice a month, an English Newsletter on MQM as In-charge of the Research and Information Cell of the party.

She has served at many prominent positions during her career. She was elected Member of Senate of Pakistan in March, 1994 for a six year term. She was one of two women in a House of 87 on a general seat. She also remained Chairperson of Senate Functional Committee on Human Rights. Mrs. Nasreen Jalil joined the MQM in 1988 as a political worker. She started work from the grass-root level of the party and gradually was assigned different tasks, including correspondence in English and taking out twice a month, an English Newsletter on MQM as In-charge of the Research and Information Cell of the party. She also became In charge of MQM Research and Technocrat Committee.[4]Â  CareerÂ

Mrs. Nasreen Jalil became a prisoner of conscience in 1994. She was brought from Karachi Central Jail to attend the Senate sessions on Production Orders of Chairman Senate. She remained in jail for more than 6 months and then remained under house arrest in Karachi till 1977.

In 1992, she went on a one-day hunger strike in front of 10-Downing Street London, to highlight the atrocities being carried out against Mohajirs in Karachi during the Army Operation. In 1994, the House of Commons, U.K., brought the Early Day Motion to condemn the incarceration of three MQM senators in Karachi during the PPP rule.

In 1999, Mrs. Nasreen Jalil was again arrested for leading demonstrations against building of Kala Bagh Dam by MQM and other nationalist parties of Sindh. In 1997, she was member of a Pakistani parliamentarians' delegation to study Conflict Resolution in South Africa and their new-found freedom, arranged by NDI.

As a Naib Nazima

Since 03 Jan 2006, Nasreen Jalil has resumed the office as a Naib Nazima and the development around the city is for all to see. She has a few objectives that she plans to achieve in order to make Karachi a better and safe place. She abhors the feudal system and plans to reach out to the common man, provide health facilities, transport, basic facilities like water & Sewerage.

asreen Jalil is a dynamic person, who took keen interest in the extra-curricular activities during her academic career and was very active in social welfare activities at the academic institutions she attended and also at the community level. Through her numerous experiences during her career, Nasreen Jalil has witnessed many things that a normal man would find difficult to endure. But her spirit and zeal kept her going. She had a vision to make things better for everyone. She had seen poverty at close quarter, where conditions were so dire that you could not even have an aspirin if you have a splitting headache.

Nasreen Jalil has seen women being treated worse than animals, had been in prison for a while, so she understands the potential of women and their actual condition thoroughly. She had been an active political member of MQM during crisis. She has even seen women carrying coffins of their beloved during Army Operation (1992-1998).She believes that womenâ€™s issues need to be discussed and resolved by both men and women. Differentiating your children on the basis on gender is one of the root causes and mistakes. Following are some of her opinions about womenâ€™s issues and their solutions:

Benazir Bhutto was the 11th and 13th Pakistani Pri