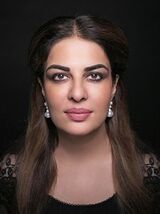 Namira Salim is an explorer, member of Sir Richard Branson’s Virgin Galatic, and the First future space tourist. She is the first Pakistani to have reached the North and the South Pole. She is a creative person who is guided by her intuition and has also served as an honorary Ambassador of Tourism for Pakistan appointed by the Ministry of Tourism. This article has all the information about Namira, including Namira Salim Biography. Namira has achieved a Medal of Excellence from the former President of Pakistan Asif Ali Zardari. She has also achieved awards for her promotion of international peace. She became an important figure when she was announced the founding members of Sir Richard Branson’s Virgin Galactic commercial space liner. Soon the government called her the First Pakistani Astronaut in 2006. She is also the founder of Space Trust which is a non-profitable organization to make space as a new frontier for peace.

She was born in 1975 in Southern France.

Namira completed her intermediate from Karachi and then her Bachelor’s degree in Business administration from Hofstra University. She also has a Master’s degree in International Affairs from Colombia University. In 2007, she qualified at NASTAR Center in the United States and got a Spaceflight Training Certificate to former President Musharraf.

Her father Salim hails from Shiekhupura Punjab while her mother was brought up in Delhi. She has twin brothers who run the business of their father.

Namira is also the founder of the Space Trust. She is a promoter of space flight that is called as the new age of exploration. Namira advocates the peaceful use of space and is pioneering peace expeditions to the three poles of the world. She was the first Pakistani to reach the North and the South Pole in 2008. The trust aims at promoting space as a new frontier for peace. She also strives for innovative solutions to the problems of the world

Creative Side of Namira

She is a very creative person and calls herself as a decorative artist. She has created poetry, art, and sculpture and designed jewelry. According to her, she is inspired by European decorative art. Her jewelry is sold under the brand named ‘Namira Monaco.’ She held her exhibition in 2002. It was called Peace Making with Nation Soul. It was the part of the UN General Assembly session for Children. Before this, she had also held a solo exhibition in 2000 named as A Soul Affair. In 2011, she launched a documentary Beyond the Poles.

In 2011, she was authorized as an honorary consul of Pakistan to Monaco. Before this, she was also appointed as the Honorary Ambassador of Tourism by the Government of Pakistan.

The former president Asif Ali Zardari awarded her with Tamgha-e-Imtiaz in 2011. After two years, she was awarded the power 100 trailblazer and placed in Women Power 100 list.

She is a contributing author of a book Commercialization of Space, opportunities, and Challenges. It was published in 2014. She is also writing another book that will depict her personal story.