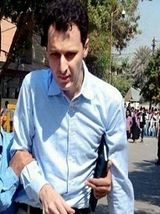 Namar Majeed is a son of Anwar Majeed (Chairman of Omni group and a frontman of Asif Zardari).

Namar Majeed has been arrested by the Federal Investigation Agency on Saturday 27th October 2018 in a money laundering case for the investigation. Prior to this his father Anwar Majeed and brother Abdul Ghani Majeed had been arrested by the FIA and are still behind the bars. According to news report billions had been sent abroad by the Chairman of Omni group in alliance with Asif Zardari which they have completely opposed. The Director General of FIA said nine sugar mills operate under the Omni group’s banner: Naudero, Bandhi, Khoski, Ansari, Tandowala Yaar, Bawani, New Dadu, Lord, and Chamar.

Namar Majeed has been released from the jail on interim bail after the inspection for the money laundering case by the Federal Investigation Authority. Chief Justice Saqib Nisar has instructed to propose all the details of Omni group by 30th October 2018 and he is bound to appear before the court by that time.